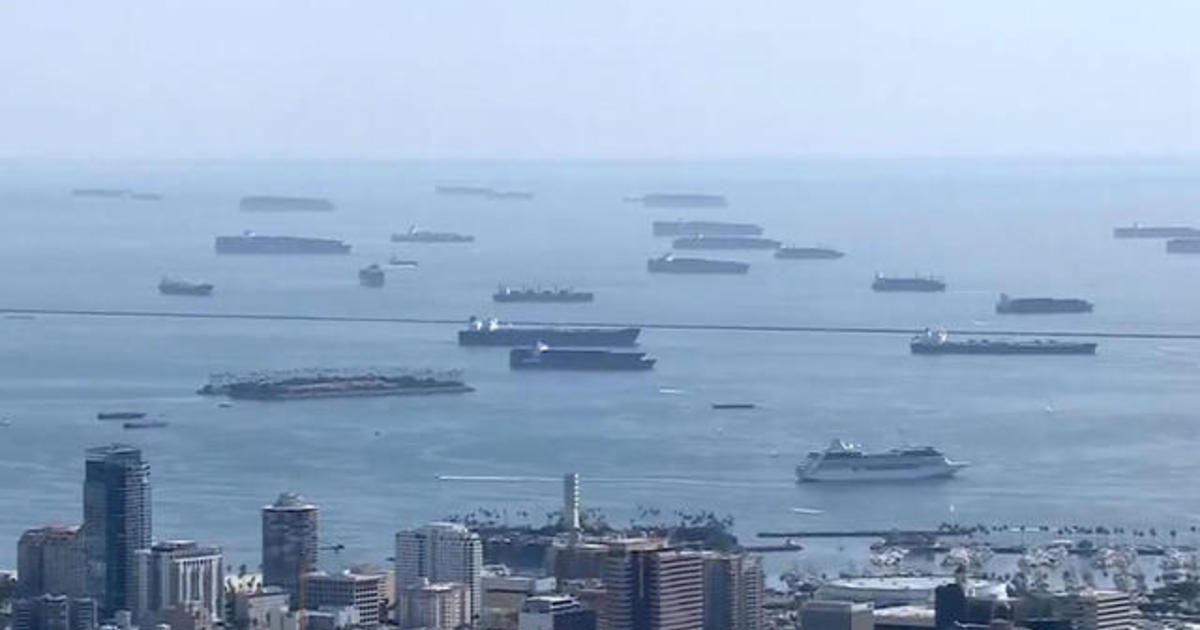 President Biden is scheduled to meet with industry executives and port directors on Wednesday to address a supply chain problem that could impact the upcoming holiday season.

Several of the companies and stakeholders that Biden is meeting with, like Walmart, FedEx, and UPS, will announce that they are moving to 24/7 operations to help clear the congestion.

The supply chain issues stem from shipping containers and unloaded ships piling up at ports and a shortage of truck drivers to move products.

Carly McGinnis is the COO of a California-based toy company that is struggling to fulfill some orders because their products are trapped in the Port of Long Beach. McGinnis’ team has considered taking drastic measures to retrieve them.

“Chartering a helicopter to come and try to pull the container out of the shipyard. We also debated renting a U-Haul to unload it ourselves,” McGinnis told CBS News’ Weijia Jiang.

Thousands of containers are stuck because the ships transporting them have nowhere to go.

Ports across the country are dealing with similar bottlenecks. In March 2020, COVID restrictions caused ports to cut capacity.

As the economy rebounds, more products need to be imported but on the ground, trucks can’t move it fast enough, due in part to a driver shortage.

The Biden administration is working with states to speed up the process to get trucking licenses out faster.

“In any complex system where you see the same input leading to longer and longer delays, that is a very worrying sign that things are getting worse,” Petersen said.

With less supply on the shelves, prices are surging.

“I think there’s no reason for consumers to panic about the absence of goods that they’re gonna want to acquire at Christmas. And retailers are working hard to make sure that they have available the goods that people are gonna want to buy,” Yellen said.