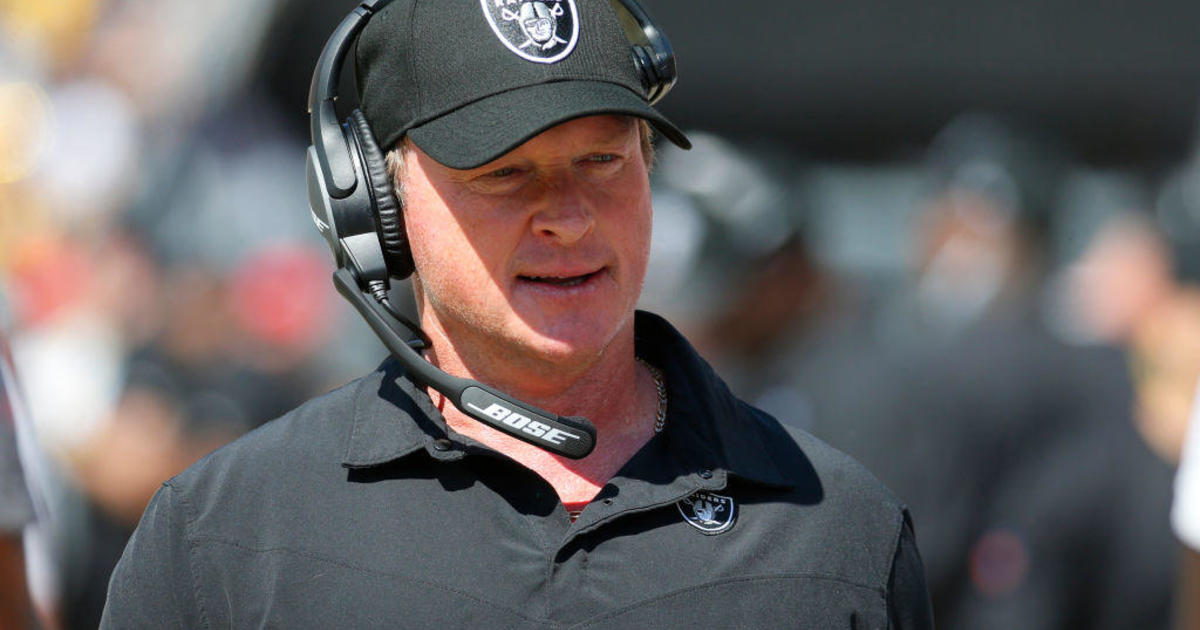 Las Vegas Raiders head coach Jon Gruden has resign from his position, the Raiders announced Monday. The announcement came shortly after a report in the New York Times claimed that Gruden had sent a series of offensive emails while working as an analyst at ESPN.

“I have resigned as Head Coach of the Las Vegas Raiders,” Gruden said in a statement tweeted by the Raiders. “I love the Raiders and do not want to be a distraction. Thank you to all the players, coaches, staff, and fans of Raider Nation. I’m sorry, I never meant to hurt anyone.”

According to the New York Times, league officials conducting a workplace misconduct investigation — of which Gruden was not the focus — uncovered emails in which he wrote negatively about women referees, gay NFL players and players who protested during the playing of the national anthem. Gruden did not respond to the Times’ request for comment.

Gruden last week also came under fire when The Wall Street Journal unearthed a 2011 email in which he made disparaging remarks about DeMaurice Smith, the head of the NFL players union.

“Dumboriss Smith has lips the size of michellin tires,” Gruden wrote, according to the Journal.

Gruden apologized for that comment at a post-game press conference Sunday.

“I’m not a racist,” Gruden said. “I can’t tell you how sick I am. I apologize again to D Smith, but I feel good about who I am and what I’ve done my entire life. … I had no racial intention with those remarks at all. I’m not like that at all. I apologize. I don’t want to keep addressing it.”

Gruden began his second stint as the Raiders head coach in 2018, ending his tenure with a record of 22-31. He had previously coached the Tampa Bay Buccaneers from 2002-2008, leading them to a Super Bowl win in his first season, and the then-Oakland Raiders from 1998-2001.

From 2009 to 2017, Gruden worked as an NFL analyst and Monday Night Football commentator for ESPN.