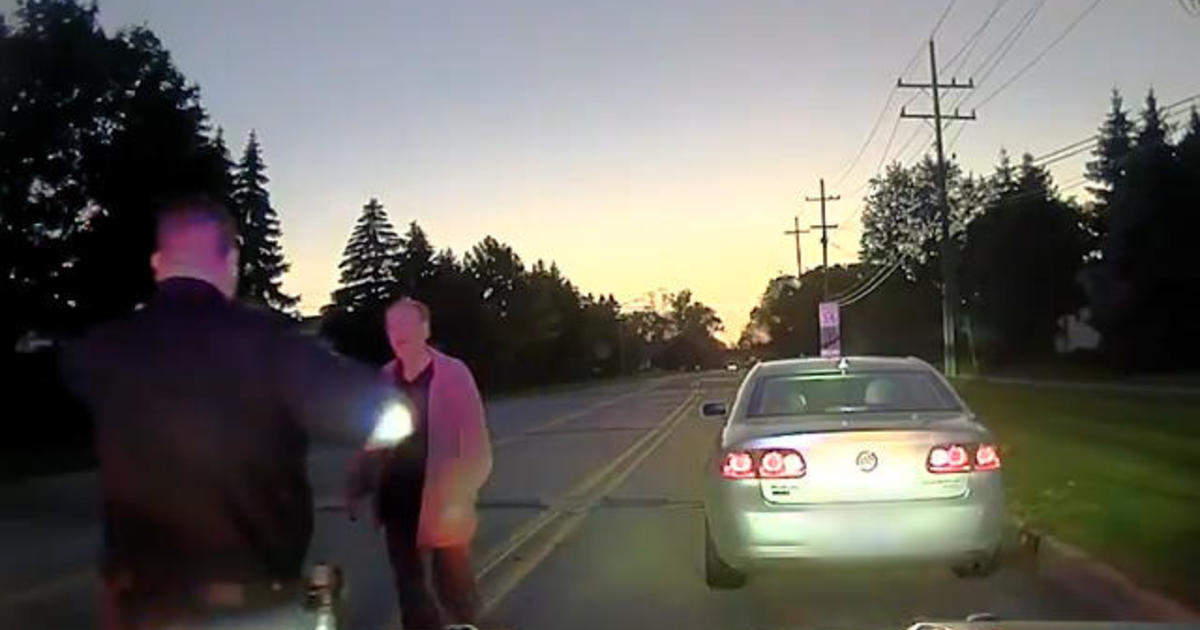 Michigan police officer Kevin Coates made what at first seemed like a routine traffic stop last week. But video released by the Sterling Heights Police Department on Wednesday showed him and two other officers going above and beyond the call of duty to help a 79-year-old man in need.

On September 30, Coates pulled over a man identified only as “David” for speeding, according to the police department. After exiting his vehicle, David told him that “everything’s going wrong,” and was “visibly upset” and crying.

His wife was sick, he said, and their adult son had special needs. He had bought their family a new 50-inch television — but he couldn’t get it to work.

“I bought a new television today because I wanted to make my wife happy,” David said. “And I can’t get it hooked up.” When he was pulled over, he said, he had been driving between stores trying to find someone to help.

Instead of a ticket, Officer Coates let David off with only a verbal warning, police said. He also told him he’d try to stop by later to help.

Approximately an hour later, Coates and two others, Officers Remi Verougstraete and Jeremy Jaushevich, were at David’s door, police said. After they connected the TV, the officers showed David how to navigate the channels.

David told the officers he would have never been able to set up the TV on his own, and said how much he appreciated their help.

“The officers involved … did what so many officers across the country do every single day without a ‘thank you’ or accolades,” Dwojakowski told CBS News in an email. “I believe this story struck a chord on the simple principle of taking care of one another. Sometimes we all need this lesson.”

Michael Roppolo is a CBS News reporter. He covers a wide variety of topics, including science and technology, crime and justice, and disability rights.