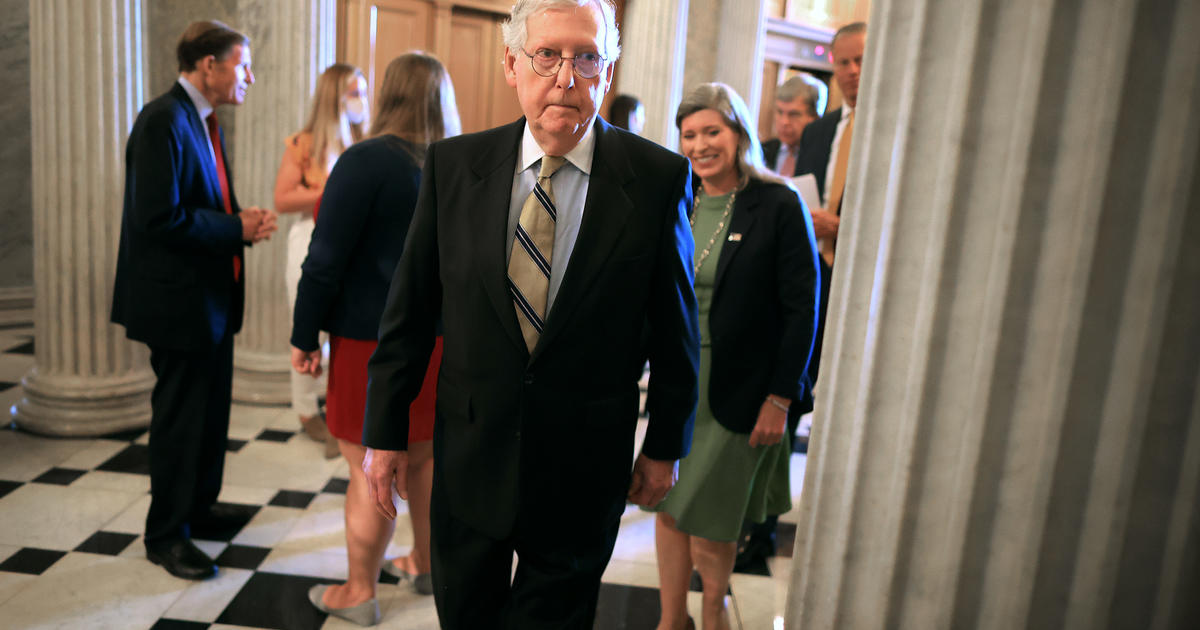 Senate Minority Leader Mitch McConnell and President Biden spoke about the debt ceiling Friday, according to a Republican aide, a day after the Senate voted to raise the debt limit through early December, averting what threatened to be an economic disaster — U.S. default.

Senate Democrats rejected that idea — Majority Leader Chuck Schumer said using reconciliation would be “convoluted” and “risky,” and the measure could take weeks to pass. Earlier this week, as the country was approaching default, McConnell proposed a short-term extension of the debt limit to give Democrats until December 3 to use reconciliation to raise the debt ceiling for a longer period of time.

McConnell also wrote a letter to the president, vowing that in December, he won’t step in again. He wrote to President Biden Friday, “I will not provide such assistance again if your all-Democrat government drifts into another avoidable crisis,” as he claimed credit for saving the nation as Schumer “marched the nation to the doorstep of disaster.” He accused the majority leader of indulging “in a rant that was so partisan, angry, and corrosive that even Democratic Senators were visibly embarrassed by him and for him.”

In remarks before the vote Thursday night, Schumer blamed Republicans for the crisis, for playing a “dangerous and risky partisan game” with the debt ceiling, and he praised his own caucus for standing firm and pulling the nation “back from the cliff’s edge that Republicans tried to push us over.” “The Senate, he said, “will pass an extension of the debt limit through early December, avoiding a first ever Republican-manufactured default on the national debt.” News outlets pointed out moderate Senator Joe Manchin in the background of Schumer’s remarks, with his face buried in his hands.

“The Republican Senate needs new leadership. I’ve been saying it for a long time,” President Trump said on Fox News. “Mitch is not the guy. He’s not the right guy, he’s not doing the job.”

“He gave them a lifeline. It’s more than a lifeline. He gave them so much time now to figure out what to do because they were in a real big bind,” Mr. Trump said. “They wouldn’t have been able to do anything. He had the weapon, and he was unable to use it, and it’s a shame.”

He also called out all eleven senators who voted to allow the process to proceed, characterizing it as not a good thing that had happened. Before the vote, he also encouraged Republicans to oppose it.

The debt ceiling was addressed three times under President Trump with bipartisan support, even as the national debt ballooned nearly $8 trillion during his four years in office.

This time, the U.S. government was at risk of not being able to pay its bills by approximately October 18, which, without congressional action, would likely have led to the U.S.’ first default.

Senate Democrats still don’t like the idea of using the budget maneuver to raise the debt limit. They are also working to unite their party behind President Biden’s multi-trillion dollar social spending package.