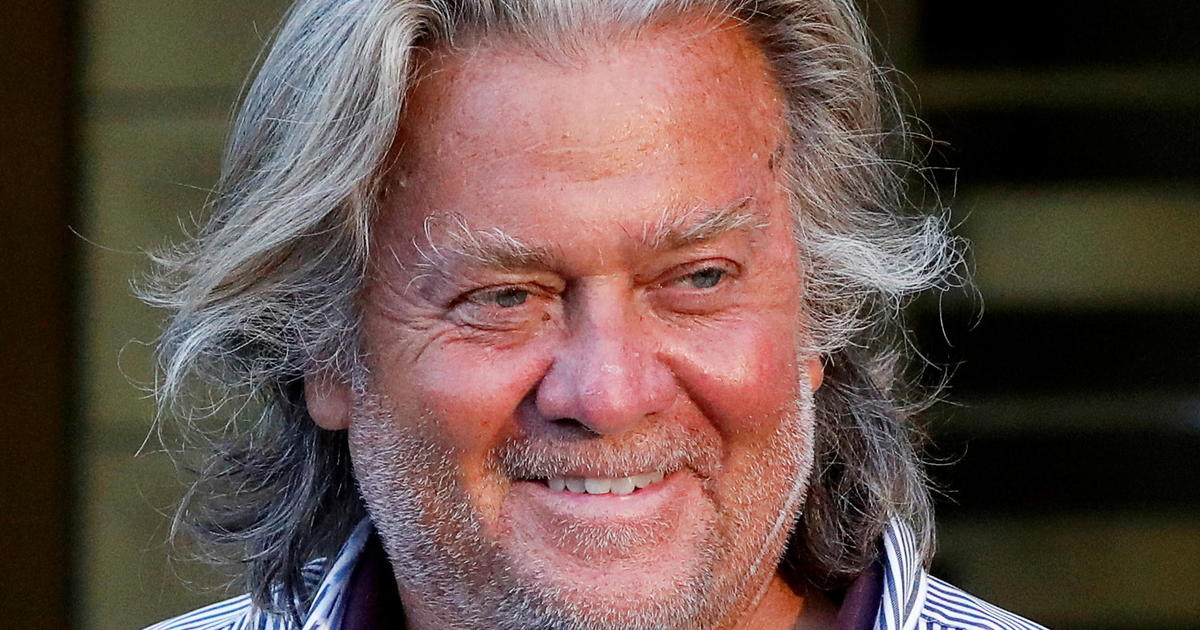 Former President Trump’s White House chief strategist, Steve Bannon, says he will not comply with a House committee’s demand for records and testimony related to the January 6 Capitol riots.

The January 6 select committee issued subpoenas in late September to four of Mr. Trump’s former aides and close allies, including Bannon. The witnesses were given a Thursday deadline to reply to the request for documents, while depositions are scheduled next week.

In a response to the panel obtained by CBS News, Bannon’s attorney said he was following the direction of the former president’s legal team. A lawyer for Mr. Trump, Justin Clark, instructed the four witnesses to defy the committee’s demands, contending it sought information that was “unquestionably protected from disclosure by the executive and other privileges.”

It’s unclear whether Bannon’s records and testimony would be shielded under such privilege claims. Bannon left the White House in August 2017 and was a private citizen during efforts to overturn the 2020 election results and in the months leading up to the January 6 riot.

In a statement, committee Chair Representative Bennie Thompson, Democrat of Mississippi, and Vice Chair Representative Liz Cheney, Republican of Wyoming, accused Bannon of attempting to “hide behind vague references to privileges of the former President” and threatened to recommend criminal charges.

“[W]e will not allow any witness to defy a lawful subpoena or attempt to run out the clock, and we will swiftly consider advancing a criminal contempt of Congress referral,” the statement said.

Thompson and Cheney also said two of the other subpoenaed witnesses — Mark Meadows and Kash Patel — have “so far” engaged with the committee. Meadows was White House chief of staff during the final year of Mr. Trump’s presidency. At the time of the January 6 attacks, Patel was serving as chief of staff to then-Acting Secretary of Defense Christopher Miller.

The committee has reportedly not been able to serve a subpoena to the fourth witness, former White House deputy chief of staff for communications Dan Scavino.

News of Bannon’s refusal to comply with the subpoena emerged hours before the White House said it won’t assert executive privilege over an initial series of documents from the Trump administration that have been requested by the House select committee.

In a letter to the National Archives and Records Administration (NARA) obtained by CBS News, White House Counsel Dana Remus said President Biden determined that asserting executive privilege was “not in the best interests of the United States, and therefore is not justified.

The decision clears the way for the National Archives to release a trove of documents to the House committee. In August it, sent a request to NARA and seven federal agencies for executive branch records pertaining to strategies to derail the Electoral College vote, planning for rallies leading up to January 6 as well as documents and communications related to what the former president knew about the election results and potential plans to disrupt the peaceful transfer of power.