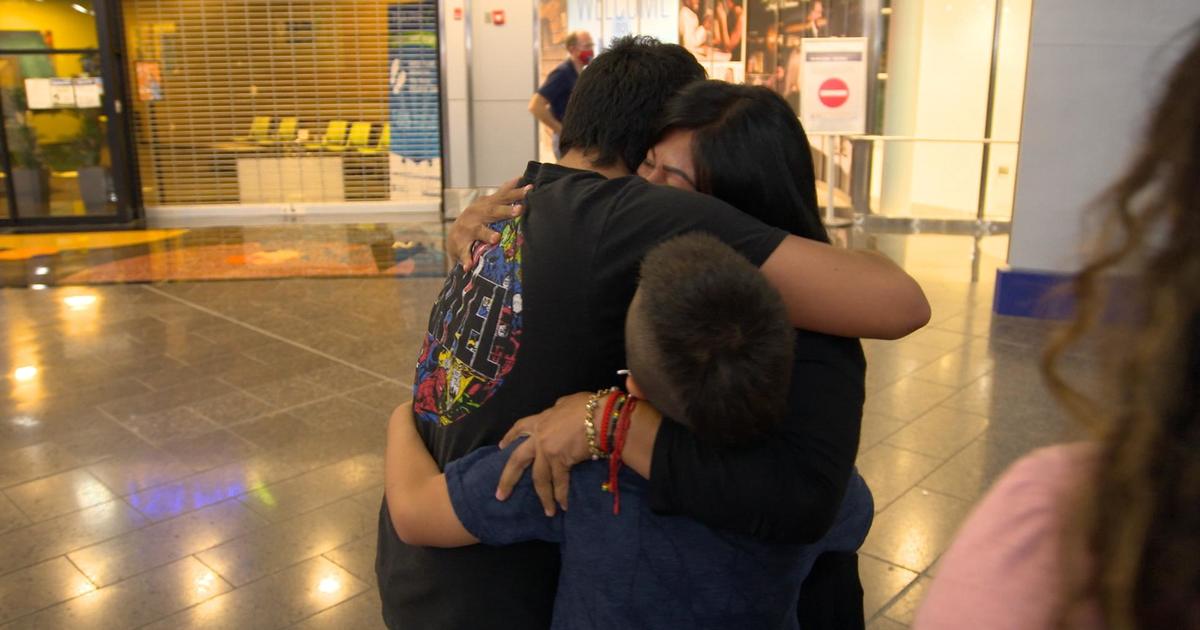 Biden administration officials tasked with reuniting migrant children and parents separated over three years ago at the border have managed to reunite just a fraction of the more than a thousand families estimated to still be apart. With little or no record keeping of the separations during the Trump administration, and problems finding many parents in Central America, the task force has reunited just 52 families after seven months of effort. Sharyn Alfonsi speaks to the head of the task force and to a Salvadoran family caught up in the chaos on the next edition of 60 Minutes, Sunday, October 11, at 7 p.m. ET/PT on CBS.

“We estimate that over 1,000, somewhere between 1,000, 1,500, maybe more remain separated.  It’s very hard to know because there’s no record,” says the task force’s leader, Michelle Brane. “It is shocking. And really, what happened was that there was no system in place for documenting separations. So there’s nowhere to go to find out who was separated or not.”

Because of that shoddy record-keeping, Brane says she can’t even be sure exactly how many were separated.

“I think we have the majority of them. I hope we do,” Brane says. “But I fully expect that to keep evolving and changing, and that we will continue to find new cases and more details on the cases that we know of.”

American Civil Liberties Union lawyer Lee Gelernt, who led the lawsuit to stop the practice of separation, has been looking for parents for three years.

“When we got the list of children, the first list, and there were children under a year old, six months old, hundreds — we were shocked. I mean really shocked,” says Gelernt in an interview conducted in El Salvador.

It’s a difficult process, partly because the parents who were deported are not accustomed to asserting their rights.

“One mother said to me, ‘I got up the courage to ask, ‘Where are you taking my child?’ And they said, ‘Chicago.’ And she said, ‘I had no idea if that was a person, a place, a government agency. But I was too scared to ask a follow-up question.'” And, says Gelernt, “Just the idea that they would go to the U.S. Embassy and demand something is just not something that’s in the realm of their thinking.”

Alfonsi spoke with a Salvadoran woman named Sulma, who was separated from her 9 and 5-year-old sons at the U.S. border in 2017.

“When I got across with the kids, they saw my file and they said I was trafficking people and those children were not mine. That the birth certificates that I showed were not originals and that I had made them up,” she says.

She says she asked for asylum and wasn’t aware of the separation practice at the time because it wasn’t made public until months later.

“Yes, I told them [she wanted her children to remain with her] and they said no. And that I couldn’t do anything because I had brought them and turned them in to Immigration,” she says.

She was deported back to El Salvador without her two sons.

Sulma was lucky enough to be one of the few parents the U.S. government flew to America to reunite with their children this summer.  60 Minutes cameras recorded her arrival and emotional reunion with her sons. The boys, Jaime and Adonis, now ages 13 and 9, wound up living with their older sister in Indianapolis, whose asylum case is still pending. Sulma is permitted to stay in the U.S. for three years.

Gelernt believes the U.S. Congress needs to step in and give families like these permanent legal status to remain in the country.