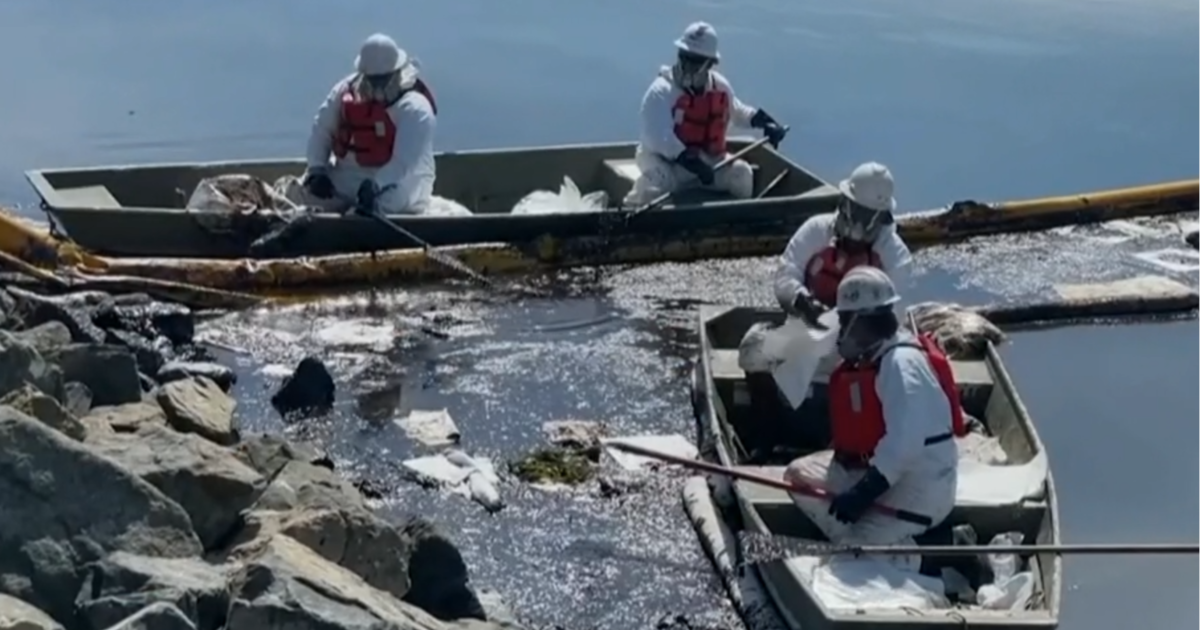 In Southern California, the extensive clean up continues from the catastrophic oil spill that killed fish and seabirds and shut down beaches. New underwater video shows a small crack in the pipeline, just 13 inches long, where the oil leak began — but it’s not yet clear how the crack formed.

With huge backlogs at local ports, investigators are looking at the dozens of container ships that occupy almost every designated anchor area offshore. The pipeline passes within a few hundred yards of the closest one.

Satellite imagery provided by SkyTruth shows which ships were in the vicinity at the time of the oil spill last Friday.

“We were able to determine that seven vessels crossed over the pipeline,” Amos said.

But he said it doesn’t appear any of the ships were close enough to snag an anchor on the pipeline, which may have been the cause of the tear.

“If the drag marks are fresh from the movement of that pipeline? I don’t know what else could possibly do that,” Amos said. “Could it have been a corrosion problem with the pipeline that just finally broke through?”

On Thursday, the U.S. Coast Guard announced an investigation into the oil spill, which it designated as a “Major Marine Casualty.” The spill has been labeled as such because it was likely caused by a vessel and the damages are estimated to be in excess of $500,000. The National Transportation Safety Board, the Bureau of Safety and Environmental Enforcement, the Pipeline and Hazardous Materials Safety Administration and the California Department of Fish and Wildlife will assist with the investigation.

Fifty-four cargo ships are still anchored off the California coast. The Orange County District Attorney’s Environmental Crimes Unit launched an investigation into Amplify Energy, which owns the pipeline. And business owners impacted by the oil spill are filing a class-action lawsuit against the company.