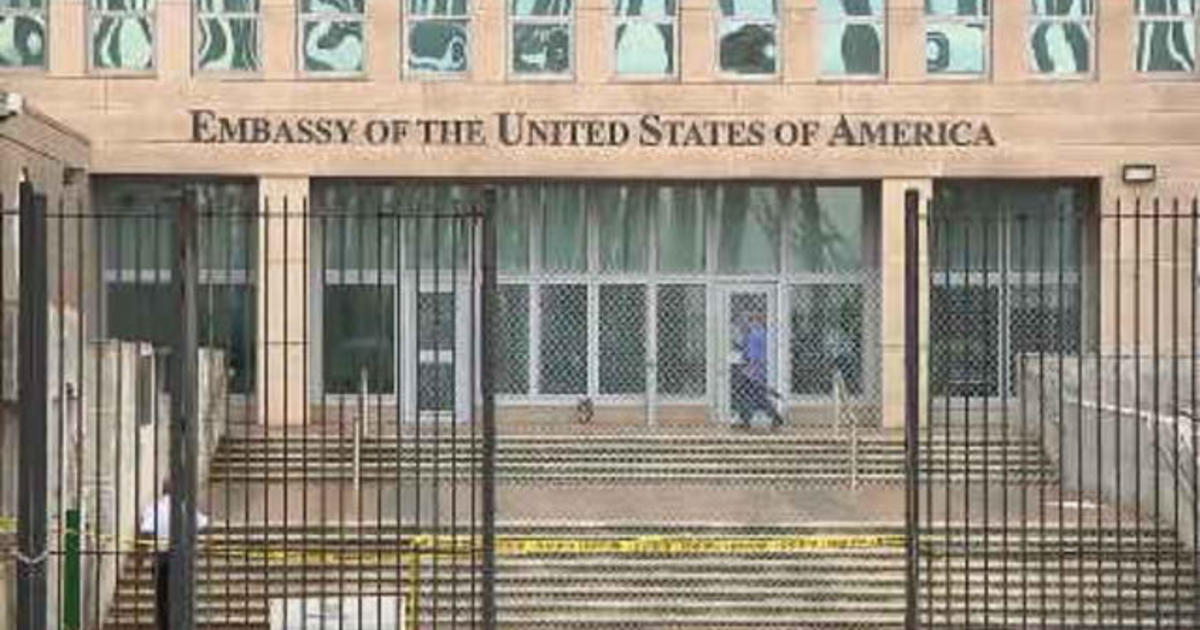 President Biden signed into a law on Wednesday a bill to improve support for U.S. officials who have suffered brain injuries from the mysterious health ailment known as “Havana Syndrome.”

The HAVANA Act, the Helping American Victims Afflicted by Neurological Attacks Act was passed unanimously by Congress, in a rare instance of broad bipartisanship.

Mr. Biden released a statement after he signed the bill, thanking Congress for its unanimous vote, “sending the clear message that we take care of our own.” He said the law would “ensure we are doing our utmost to provide for U.S. Government personnel who have experienced anomalous health incidents.”

“We are bringing to bear the full resources of the U.S. Government to make available first-class medical care to those affected and to get to the bottom of these incidents, including to determine the cause and who is responsible,” he said.

“Protecting Americans and all those who serve our country is our first duty, and we will do everything we can to care for our personnel and their families,” Mr. Biden said.

It authorizes funds to compensate personnel for their injuries and requires the State Department and the Central Intelligence Agency to regularly update Congress on reported cases. Havana Syndrome, whose symptoms can include vertigo, nausea and intense headaches, gets its name from a spate of cases first reported by U.S. diplomats and intelligence officers in Havana, Cuba in 2016.

The signing comes amid new reports of suspected cases by American officers around the world. This year alone, dozens of cases have been reported by U.S. personnel stationed or traveling in multiple countries — including Austria, Germany, Serbia, India, Vietnam and others — and have often resulted in victims being medevacked to the U.S. for medical treatment.

The incidents have alarmed diplomatic, military and intelligence officials and triggered a government-wide race to determine their cause. The Biden administration, which refers to the cases as “anomalous health incidents,” has launched an intelligence review and convened multiple expert panels to study the incidents and devise measures to protect against and treat them.

There have been more than 200 cases reported by U.S. officials to date, roughly half of them among intelligence officers.

At least two separate incidents were reported last month by officers with proximity to senior administration officials during their overseas travel. A suspected case reported by U.S. embassy personnel in Hanoi temporarily delayed a visit there by Vice President Kamala Harris. And a member of CIA Director William Burns’ staff suffered symptoms while accompanying him on an undisclosed trip to Delhi, India in early September. In both instances, the officers sought emergency medical evacuation.

No cause for the illness has been officially identified, though officials suspect the symptoms are the result of directed energy technologies used in an attempt to collect information from electronic devices. Russia is a leading suspect, but the intelligence community has said it has not concluded that a foreign actor is behind the incidents.

The lack of answers has frustrated government officials and the employees who have appealed to them for help. Some victims have said they felt ignored, disbelieved or marginalized by senior managers and medical staff charged with evaluating their cases.

“Now that the HAVANA Act has been signed into law, Havana Syndrome victims will finally receive the financial assistance and medical support that they deserve,” Republican Senator Susan Collins of Maine, lead author of the Senate bill, said in a statement. “As we continue our efforts to support victims, we must also redouble our whole-of-government approach to identify and stop the heartless adversary who is harming U.S. personnel.”

“The HAVANA Act will ensure we can care for those afflicted by AHIs, even as we redouble our efforts to determine their cause, and ensure that anyone responsible for injuring our people is held to account,” said House Intelligence Committee Chairman Adam Schiff, Democrat of California, who sponsored the House bill.

Officers who have struggled with symptoms for years said the legislation was a welcome financial and psychological boost.

“For victims of the directed energy attacks, the signing of the Havana Act is a watershed moment. No longer can we be charged with making up our injuries. It is a de facto acknowledgment from the U.S. government that the attacks are real,” said Marc Polymeropoulos, a former CIA operations officer who resigned a senior post after struggling with debilitating symptoms that began during a 2017 visit to Moscow. “Huge credit goes to Congress, who has championed the victims’ cause, as well as the Biden administration for finally acting to provide financial relief to those with serious and at times debilitating injuries,” he said.

“This legislation is crucial but only a first step towards getting injured U.S. government personnel and their family members the help we should have received years ago,” said Mark Lenzi, a security engineering officer for the State Department who was struck with symptoms in China in 2018. He said his family faced thousands of dollars in medical bills the State Department had not covered.

The State Department and the CIA will now have to establish “fair and equitable” criteria to determine employees’ eligibility for the funds, according to the bill’s text.

Both organizations have shuffled the leadership charged with handling incidents reported by their employees. CIA Director Burns, who has repeatedly said uncovering the cases’ origin is a top priority, reorganized a task force investigating the incidents and tripled the number of medical personnel dedicated to evaluating reported cases.

The State Department has been slower to implement reforms, according to victims’ groups. The senior official tapped to lead the Department’s handling of cases left the post in September, after six months in the role and amid criticism she was dismissive of victims’ concerns. A State Department spokesperson said at the time a replacement would be named “soon.”

Robyn Garfield, a Commerce Department officer who fell ill in China in 2018 and now leads a Havana Syndrome victims’ advocacy group, said in a statement of the bill signing, “Now begins the hard work of building on the authorities granted here to provide the necessary assistance to us as we cope with the injuries sustained in the course of our service to the United States Government and the American people.”

“We remain deeply concerned by the continued disparity in treatment and support among different agencies of our government,” Garfield said. “[W]e urge the Administration to adopt a uniform diagnostic and treatment protocol across agencies to ensure that all who serve, and their families, have access to the best possible care.”