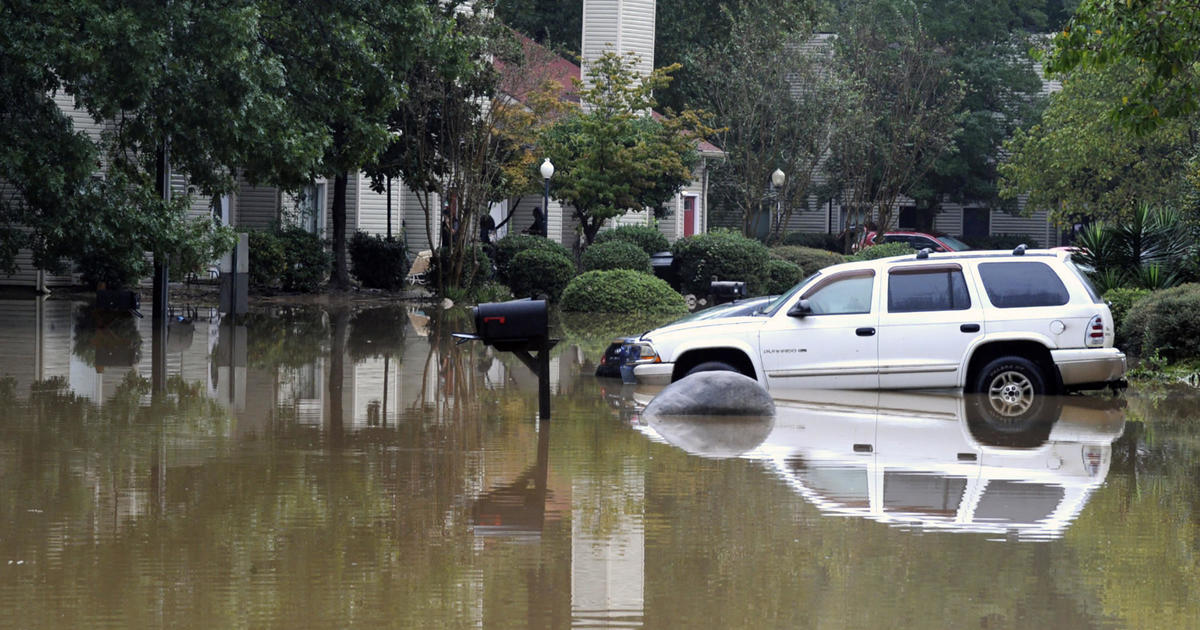 Four people were killed when floodwaters lashed Alabama on Wednesday, local officials said. Many others had to be rescued from the roads after becoming stranded in their vehicles.

On Thursday, the Marshall County Coroner’s Office confirmed that a 4-year-old girl had died as a result of the flooding, and said and her body was recovered just before midnight on Wednesday. The body of an 18-year-old woman was found early Thursday morning.

“We are working with law enforcement and fire personnel on both incidents to ensure the families have been notified,” the coroner said. “No additional information can be released at this time.”

Meanwhile, police in Hoover said they found the bodies of a 23-year-old man and a 23-year-old woman after floodwaters swept away their car. Police said they responded to Riverchase Parkway West around 8:30 p.m. Wednesday for a report of a car stuck in floodwater. They rescued the driver and police remained on scene to block off the east side of the road — but another car entered from the opposite side and was “immediately disabled due to the flood,” police said.

The car floated down the road and was pinned against a guardrail, trapping the occupants. Officials tried to reach the car but couldn’t because of the water, which then lifted the car over the guardrail and out of sight, police said.

After searching for the car all night, a dive team found the car, and its occupants, submerged in water 75-100 yards from where it was last seen.

The two victims’ families have been notified, but authorities said they will not release their identities at this time.

The Hoover Fire Department wrote on Facebook that the city saw “unprecedented intense rainfall that caused flash flooding in numerous areas” on Wednesday.

“Several of these areas have not experienced flash flooding in the last 20 years,” the department said. “Numerous water rescues were conducted from stranded vehicles in multiple areas with no injuries.”

The Birmingham Fire and Rescue Battalion had 26 water rescues for people who were stranded in their cars due to the flooding, chief Sebastian Carrillo told Birmingham affiliate WIAT-TV. Between four and ten inches of rain fell in the city Wednesday night, WIAT-TV reported.

“Several parts of AL have been inundated with rain & flash flooding creating critical situations for many folks,” she said. “I extend my deepest prayers to the family of the child that died in Marshall Co. & to those still searching for loved ones. Our first responders are doing an incredible job & will continue to work with @AlabamaEMA & our local EMAs to provide help wherever needed.”