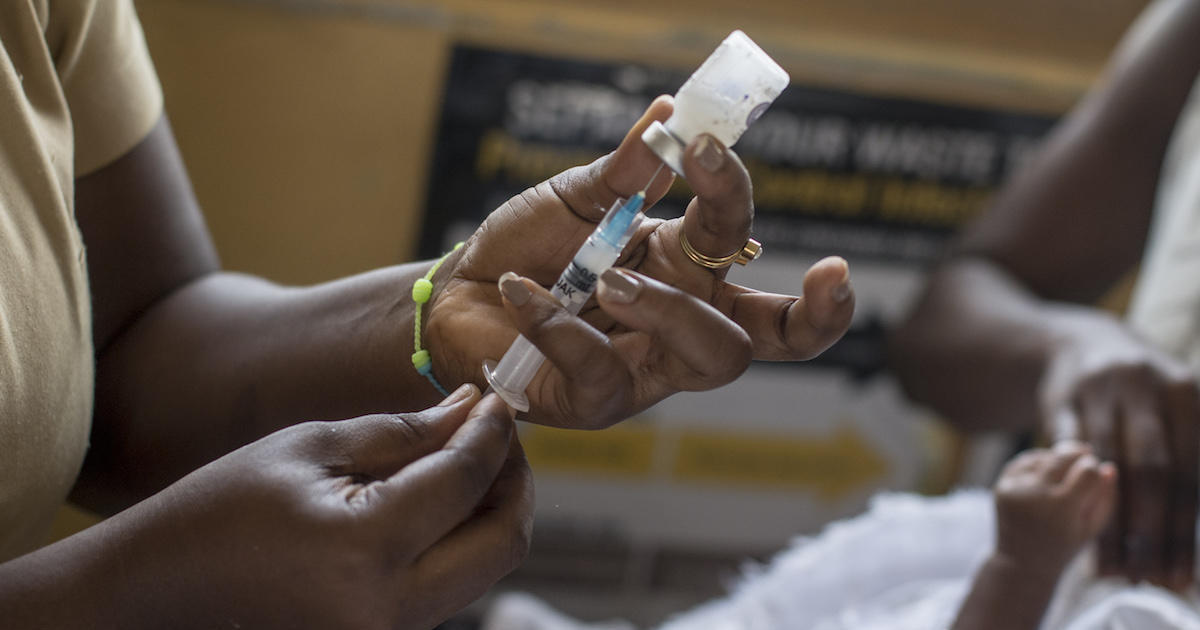 The World Health Organization on Wednesday recommended the world’s first malaria vaccine for children in sub-Saharan Africa and other regions with moderate to high transmission of the deadliest malaria pathogen. The recommendation is based on results from an ongoing pilot program that shows evidence of the vaccine’s feasibility, impact and safety.

“This is a historic moment,” WHO Director-General Tedros Adhanom Ghebreyesus said in a statement. “Using this vaccine on top of existing tools to prevent malaria could save tens of thousands of young lives each year.”

WHO recommends children five months of age and older receive four doses of the Mosquirix vaccine, which is manufactured by the British company GlaxoSmithKline. To date, more than 2.3 million doses of the vaccine have been administered throughout three different African countries, the organization said.

The Malaria Vaccine Implementation Programme has shown the vaccine provides a “significant reduction in deadly severe malaria” cases and that it is cost-effective. The pilot program will continue in Ghana, Kenya and Malawi, WHO said.

“We have long hoped for an effective malaria vaccine and now for the first time ever, we have such a vaccine recommended for widespread use,” said Dr. Matshidiso Moeti, WHO’s Africa director.

Malaria is a potentially fatal disease caused by parasites that typically create symptoms including high fevers, flu-like symptoms and shaking chills, according to WHO.

In sub-Saharan Africa, malaria remains the leading cause of childhood illness and death, with more than 260,000 African children under the age of five dying from the disease each year, according to the WHO. In 2019, the organization reported the African region hosted 94% of the world’s malaria cases and deaths.

“Today’s recommendation offers a glimmer of hope for the continent which shoulders the heaviest burden of the disease and we expect many more African children to be protected from malaria and grow into healthy adults,” Moeti said.

WHO said its next steps will include funding decisions for a broader rollout of the vaccine.