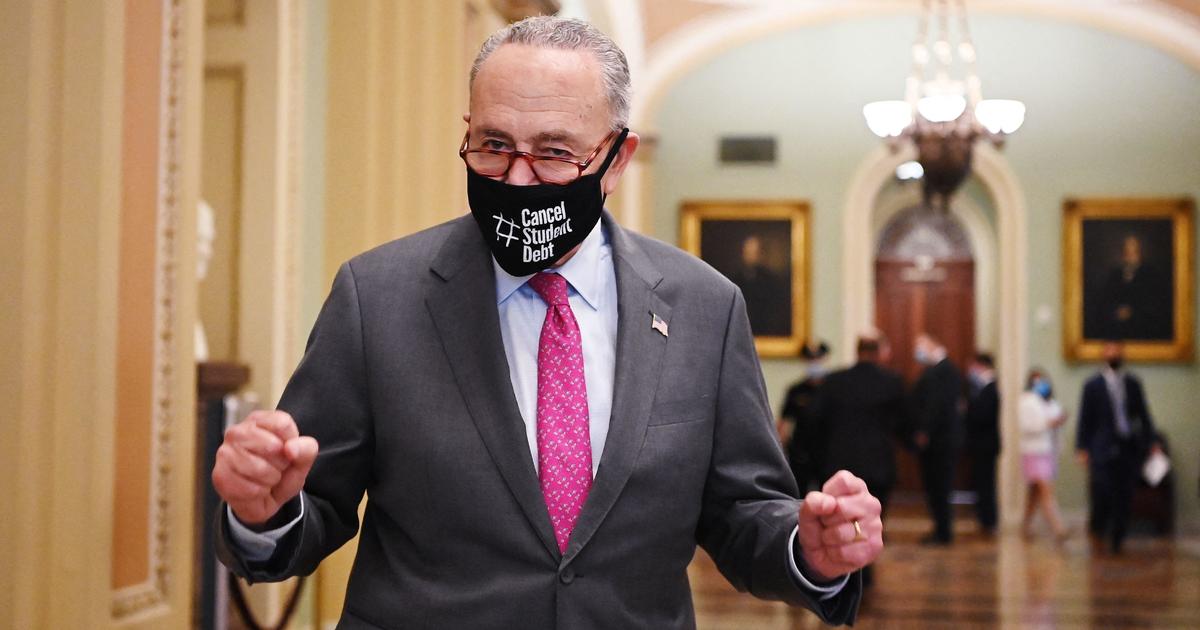 Democrats and Republicans in the Senate reached a deal to extend the debt ceiling through early December, avoiding what could have been an economic disaster in less than two weeks as the clock ticked down on the U.S. being able to pay its bills.

Senator Chuck Schumer announced the deal on the floor of the Senate on Thursday morning after lawmakers had been in a standoff over raising the debt limit for weeks.

“We have reached agreement to extend the debt ceiling through December.  And it’s our hope that we can get this done as soon as today,” Schumer said.

The agreement according to a Senate aide is to raise by $480 billion as is needed to allow the Treasury to keep paying the bills through December 3.

Republicans had been blocking Democrats’ efforts to suspend the debt ceiling with a simple majority vote in the Senate, meaning they would have needed 60 votes, which they did not have. GOP lawmakers have been pressing Democrats since July to instead use the budget reconciliation process to raise the debt limit without Republican support.

But on Wednesday, Senate Minority Leader Mitch McConnell reversed course, offering Democrats a way to raise the debt limit briefly without the threat of a Republican filibuster and keep the nation from heading into default for the first time ever.

“The Senate is moving forward with the plan I laid out yesterday to spare the American people a manufactured crisis,” McConnell said on the floor Thursday morning. He said the plan resolves Democrats’ excuse that they lack time to address the debt limit through the reconciliation process, saying “now there’ll be no questions, they’ll have plenty of time.”

Treasury Secretary Janet Yellen has warned that the Treasury would exhaust so-called “extraordinary measures” being used to pay the bills if Congress did not act to raise the debt limit by October 18. She said it would lead to catastrophic consequences for the economy and Americans at home, plunging the United States back into a recession.

On Wednesday, the White House said its preference would be for Congress to address the debt ceiling now so it could move on to other business.

Under the agreement reached Thursday, if lawmakers do not use the next few months to address the debt ceiling long-term, they could end up in December back where they were at the end of September facing the threat of default for a second time this year as well as a government shutdown. Last month, Congress passed a short term spending deal as well to keep the government running into December while Democrats work on their larger reconciliation package.