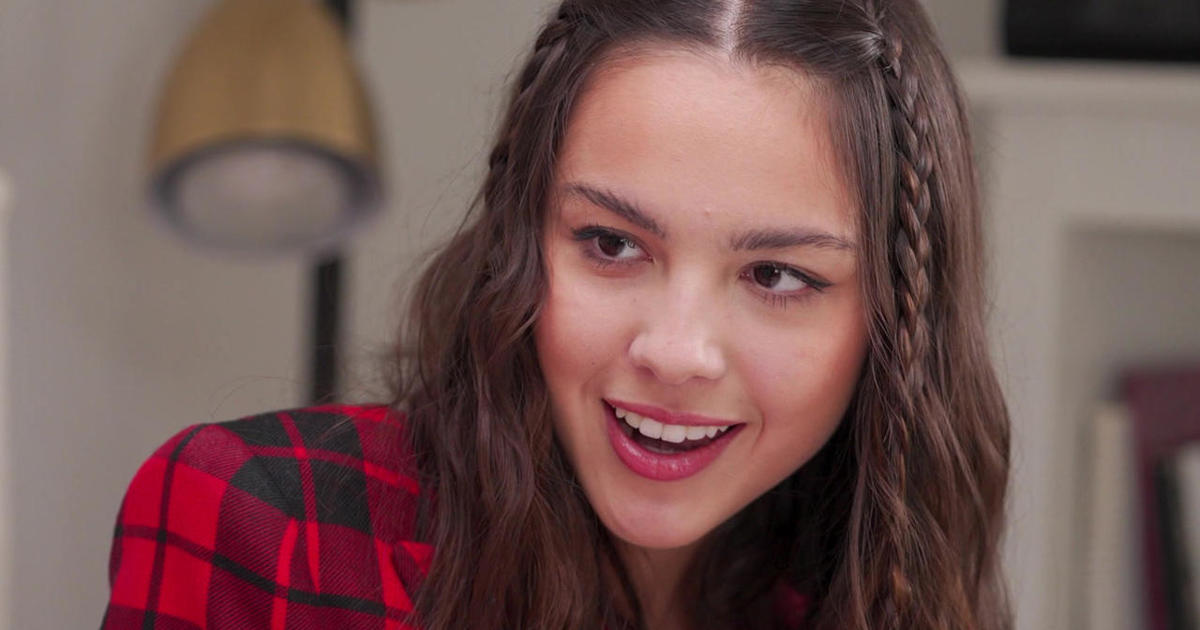 Singer-songwriter Olivia Rodrigo has written and performed some of the biggest worldwide hits of the past year, many of which deal with deep emotions and heartache. But at just 18 years old, Rodrigo also says writing songs about her feelings is challenging and fun, in an interview with correspondent Tracy Smith for “CBS Sunday Morning,” to be broadcast October 10 on CBS and streamed on Paramount+.

Rodrigo’s first single, “Drivers License,” was for a time the most-listened-to streaming song on the planet. It revolves around a teenager getting her license on the same day she loses the love of her life.

Rodrigo told Smith the song is rooted in real life, recalling her own breakup: “I was a 17-year-old girl going through my first real heartbreak. But I think a lot of people also think, listening to my music, that I’m really a sad, depressed person, and that couldn’t be farther than the truth. It’s fun to write about stuff like that.”

She said if she were just writing about “going to get my iced latte every morning, nobody would listen to it. It wouldn’t be interesting. So, it’s those feelings that are actually moving, and talk about the human experience in a way that’s effective.”

Her approach is working. Her first album, “Sour,” debuted last spring at #1 on the charts, and was hailed by critics. She’s also performed on “Saturday Night Live,” and been tapped by the White House to help boost COVID-19 vaccination efforts.

Smith visits Rodrigo’s childhood home, including the bedroom where she wrote many of her songs, to gain insight into what drives the singer, her music, and her family life.

Rodrigo said her experience working on the Disney TV series “Bizzardvark” and “High School Musical: The Musical: The Series” at a young age helped give her the confidence to perform in front of people she didn’t know while expressing her emotions.

She also credits her parents, and her therapist, for helping her remain centered at a time when she’s in high demand: “I hadn’t really started going [to therapy] ’til I was 16, and that was a really big life-changing moment. And I’ve learned so much about myself. And it’s a really wonderful thing that, I think, everyone should do.

“And my parents were really supportive. But I think there’s sometimes a stigma around it, too,” she added. “Sometimes people are like, ‘Oh, you don’t need that. You have so much. Your life’s so great. What are your problems?’ Just because it’s not, you know, an adult problem where you don’t have to pay taxes yet or whatever, doesn’t mean that it doesn’t hurt.”