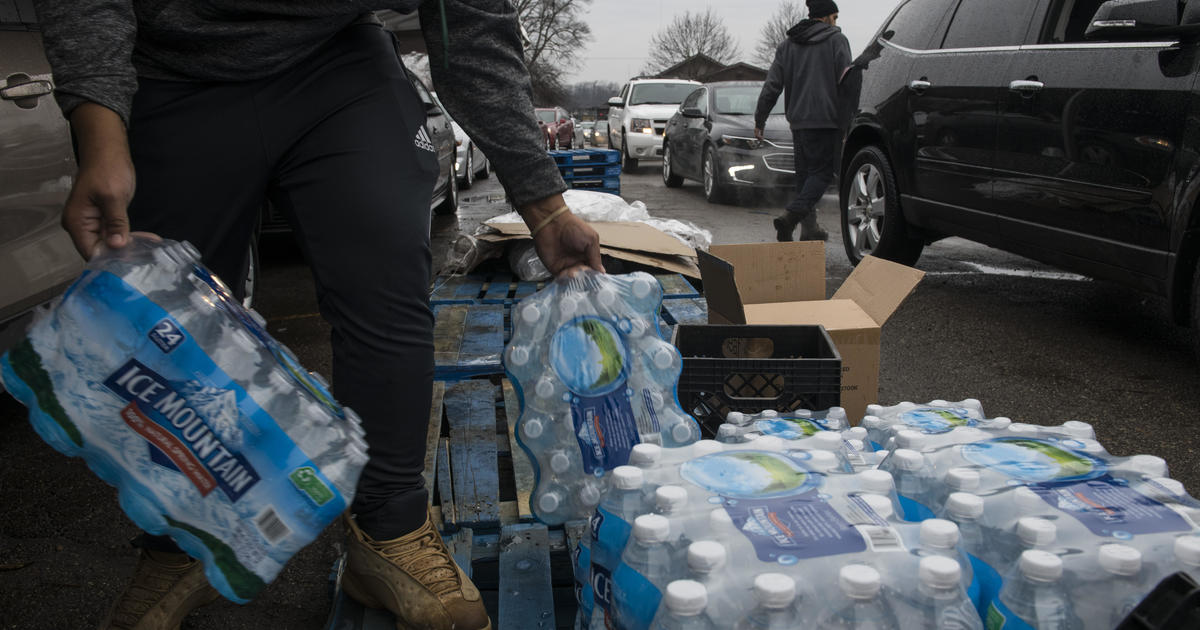 The Michigan Department of Health and Human Services (MDHSS) on Wednesday recommended residents of Benton Harbor rely on bottled water instead of tap water as a precautionary measure while various agencies work to decrease the risk of lead exposure. Activist groups say lead in the city’s drinking water has been a “persistent, widespread, and severe public health crisis” for at least the past three years.

“Protecting the health and safety of Benton Harbor residents is a top priority,” the state health department director Elizabeth Hertel said in a statement. “We’ve listened to the community’s concerns, we are recommending that residents use bottled water for cooking, drinking and brushing teeth.”

Under the advisory, bottled water will be made available at various distribution sites throughout the city. More than 4,500 cases of bottled water have been delivered to Benton Harbor to date, with another 15,500 cases expected to be delivered within coming days, according to the Michigan health department.

Health officials said free bottled water “will be provided as long as needed” while the Environmental Protection Agency conducts a study on filter effectiveness. The EPA did not say when the study is expected to be completed.

“Cooperation, collaboration and coordination are the key ingredients moving forward to replace lead service lines and ensure that every resident is protected as we work to solve the water issues in Benton Harbor,” Mayor Marcus Muhammad said.

The initiative comes following pressure from environmental and public advocacy organizations, who say the drinking water in the city presents “an imminent and substantial endangerment to Benton Harbor residents.”

On September 9, organizations including the Benton Harbor Community Water Council, Flint Rising and the Michigan Environmental Justice Coalition filed a petition to the EPA, demanding “immediate action to address the public health emergency.”

According to the petition, the predominantly Black population in Benton Harbor has dealt with high levels of lead in drinking water since the summer of 2018. The city is the only water system in Michigan to exceed the EPA’s lead action level threshold six consecutive times and has not had its lead service lines in the city replaced in years, violating federal and state requirements, the organizations wrote.

“Benton Harbor’s residents are not only subjected to a disproportionately high level of lead exposure from a variety of sources beyond their drinking water, but also often lack access to high quality health care and are exposed to a wide array of other threats that can exacerbate the negative health effects associated with lead exposure,” the petition reads.

The EPA says there is no known safe level of lead in a child’s blood and that the negative health effects of drinking water with lead presence include behavioral issues, a lower IQ, hyperactivity, slowed growth, anemia, cardiovascular effects, decreased kidney function and reproductive problems.

The groups allege that the EPA, the Michigan Department of Environment, Great Lakes and Energy (EGLE) and other agencies have consistently failed to ensure timely action in responding to the high lead levels.

MDHSS and EGLE did not reply immediately to CBS News’ request for comment on Wednesday.

Following the petition’s release, EGLE said on September 30 that it was working to permanently reduce the excessive lead levels in the water by replacing all lead service lines within the city. The agency also said free bottled drinking water would be made available to Benton Harbor residents on that day.