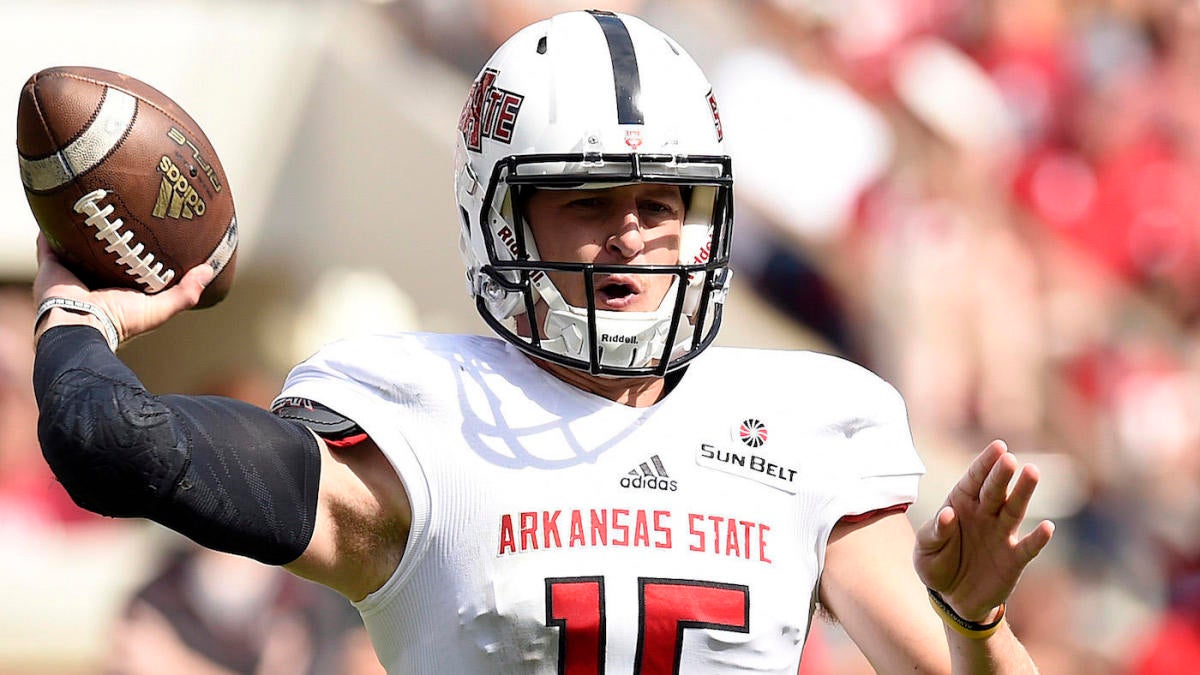 The Coastal Carolina Chanticleers have enjoyed the comforts of home their last two games, but now they must head out on the road. Coastal Carolina and the Arkansas State Red Wolves will face off in a Sun Belt battle at 7:30 p.m. ET on Thursday at Centennial Bank Stadium. The Chanticleers should still be feeling good after a win, while Arkansas State will be looking to get back in the win column.

When you finish with 362 more yards than your opponent like Coastal Carolina did on Saturday, a favorable outcome is almost sure to follow. They put a hurting on the Louisiana-Monroe Warhawks at home to the tune of 59-6. With Coastal Carolina ahead 38-3 at the half, the game was all but over already. They can attribute much of their success to RB Braydon Bennett, who punched in two rushing touchdowns.

Coastal Carolina’s defense was a presence as well, as it got past Louisiana-Monroe’s offensive line to sack the QB four times for a total loss of 17 yards. It was a group effort with five guys contributing.

Meanwhile, the Red Wolves suffered a grim 59-33 defeat to the Georgia Southern Eagles on Saturday. Arkansas State was down 45-19 at the end of the third quarter, which was just too much to recover from.

Coastal Carolina is the favorite in this one, with an expected 19-point margin of victory. They have been consistent moneymakers against the spread when favored (3-1), so they might be worth a quick bet.

Coastal Carolina’s victory brought them up to 5-0 while Arkansas State’s defeat pulled them down to 1-4. Two defensive stats to keep in the back of your head while watching: The Chanticleers are stumbling into the contest with the 192nd most rushing touchdowns allowed in the nation, having given up eight on the season. The Red Wolves have experienced some struggles of their own as they are 247th worst in the nation in touchdowns allowed, with 29 on the season. It’s possible one of these Achilles’ heels will wind up tripping the losing team up.

The Chanticleers are a big 19-point favorite against the Red Wolves, according to the latest college football odds.

Arkansas State have won three out of their last four games against Coastal Carolina.