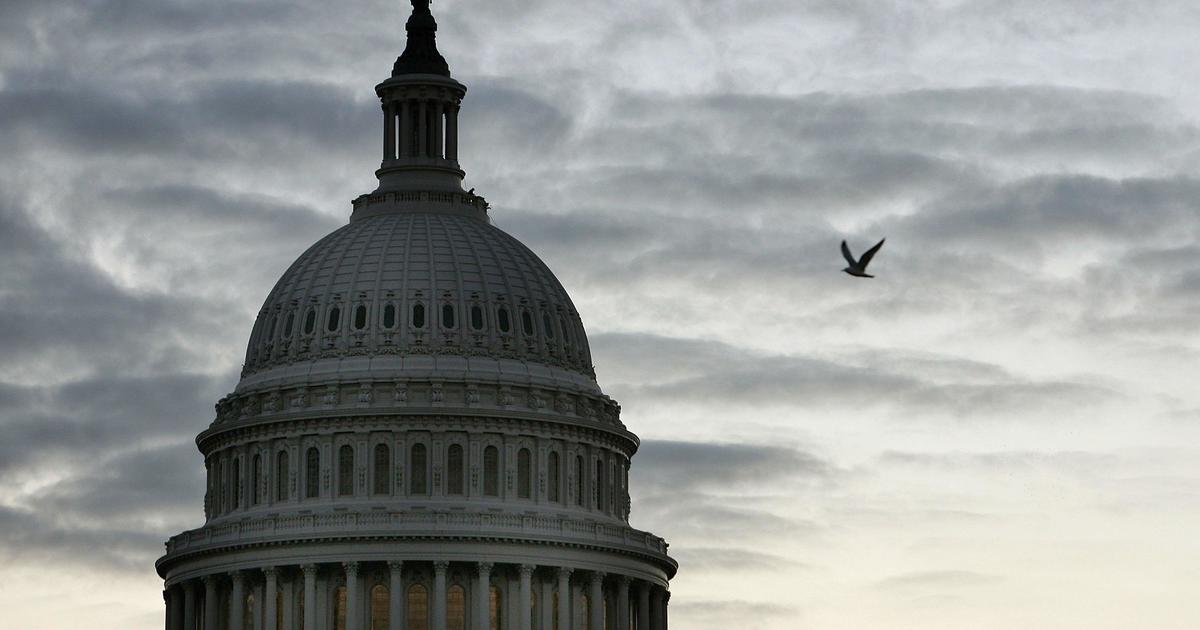 The U.S. is careening toward its first default ever in roughly two weeks if Congress doesn’t raise or suspend the debt limit, allowing the Treasury to borrow money to pay its debts.

Treasury Secretary Janet Yellen has warned the “extraordinary” measures currently being used to pay the government’s bills are expected to be exhausted if Congress does not act by October 18, and at that point, the U.S. would run out of resources and default. It would be “catastrophic,” Yellen said Tuesday and would lead to a recession.

Democrats and Republicans in Congress are gridlocked over how to proceed. As silly as this may sound, lawmakers in the Senate, which is where the problems are, seem to have reached the understanding the debt ceiling will be raised by 50 Senate Democrats alone, but they still have not agreed on how it will be done. Republicans have filibustered, or blocked, Democrats’ attempts so far to pass it with just Democratic votes, and it seems likely they’ll do so again Wednesday.

What’s the state of play in Congress?

The problem, President Biden and Democrats now say, is that GOP lawmakers are blocking the efforts they’re making to enable a simple majority of 50 senators to pass a suspension of the debt limit. Republicans, Mr. Biden said Monday, need to “get out of the way.”

No Senate Republicans will vote to raise or suspend the debt limit, and yet, they have already blocked several attempts by Senate Democrats to do so with a simple majority. The president prevailed on Republicans to stop obstructing Democrats’ efforts to hold the vote under regular Senate rules.

One way to do this, which has now failed, is to get senators to agree unanimously to allow a simple majority to suspend the debt limit, rather than the 60 votes normally required to pass a bill. And the problem is “unanimously” means not a single Republican may object.

Senate Minority Leader Mitch McConnell says that Democrats can raise the debt ceiling with  the reconciliation process — without any Republican support. He suggested that at least one reason the Democrats’ approach won’t work is he “can’t imagine” getting all 50 Senate Republicans to agree not to block the effort with a simple majority.

So, what are Democrats going to do next?

Now, Senate Majority Leader Chuck Schumer is going to try something else. Last week, the House passed a bill to suspend the debt limit, and Schumer will move forward with this legislation. The Senate will hold a procedural vote on Wednesday to move forward with debt limit legislation already passed in the House. He reasoned that if 10 Republicans vote to allow the vote to proceed, Democrats won’t need any Republicans to support raising the debt ceiling in the final vote. He called for legislation to be sent to the president by the end of the week.

Is that going to work?

Probably not. This vote, too, is expected to fail.

Isn’t there some other way to get around the filibuster?

There is what’s known as “the nuclear option,” an extreme measure that enables the majority leader to change Senate rules. It was first used by Democratic Senate Majority Leader Harry Reid to kill the filibuster, the 60-vote threshold, for any nomination other than a Supreme Court justice. During the Trump administration, GOP Senate Majority Leader Mitch McConnell invoked it again to drop the filibuster for Supreme Court justices, too.

So, in 2013, Reid declared that “the vote on cloture under Rule XXII for all nominations other than for the Supreme Court of the United States is by majority vote.” The chair replied, “Under the rules, the point of order is not sustained.”

Reid then asked for a vote on upholding the chair’s ruling, and by a vote of 48-52, the chair’s ruling was rejected. “The threshold for cloture nominations, not including those to the Supreme Court… is now a majority,” the president pro tempore said.

On Tuesday, President Biden suggested he was open to another exception to the filibuster in order to raise the debt ceiling. “I think that’s a real possibility,” he told reporters. He has said he opposes eliminating the filibuster because it would “throw the entire Congress into chaos” and make it impossible to get anything done. It also remains to be seen whether Centrist Democrats who oppose ending the filibuster would endorse such a carveout.

Can Democrats use reconciliation to address the debt limit?

Sure, and it may turn out that they have no other real choice.

Until now, Democrats have rejected this idea, calling it “too risky.” President Biden doesn’t like the move. It’s a lengthier, more complex way to hold the vote, but the White House said it has not been completely ruled out.

Bill Hoagland, of the Bipartisan Policy Center, explained that while using reconciliation to address the debt limit would involve revising the budget resolution, it would not jeopardize debate on the $3.5 trillion reconciliation package already underway. It can be considered in a separate bill.

To use budget reconciliation, Democrats would only be able to raise the debt limit, not suspend it. The former requires them to come up with a specific dollar amount, while the latter does not demand a specific figure. Suspending the debt limit means that it would not be operative for a specific period of time until a certain date, and when that arrives, the debt limit would automatically rise to meet the funds spent during the period of suspension.

Hoagland estimates the full process of revising the budget resolution and moving forward with a debt limit reconciliation bill could take up to two weeks, but with the threat of default looming, he thinks it could go much more quickly.

“If you want to work around the clock a little bit, you could do this in a week,” Hoagland said. Delay tactics could still be used, he noted, but questioned why Republicans would delay if they really want Democrats to use reconciliation to raise the debt limit.

Did Biden vote against raising the debt limit as a senator?

With the more than $28.4 trillion national debt resulting from past actions of both parties, Democrats have been pushing for a bipartisan approach to addressing the debt limit.

In a letter to Biden on Monday, McConnell said if the Democratic Party wishes to govern alone, “it must handle the debt limit alone as well.” McConnell claimed the debt limit is often a partisan vote when the same party controls Congress and the White House.

“In 2003, 2004, and 2006, Mr. President, you joined Senate Democrats in opposing debt limit increases and made Republicans do it ourselves,” his letter read. It stated Biden’s view at that time that the party in power should take responsibility, as the GOP insists now.

Reporters asked the president Monday why his “no” votes in those years were different from the GOP stance now. Democrats weren’t threatening to filibuster the vote, Mr. Biden responded. Democrats never demanded that Republicans find 60 votes to raise the debt limit — as they are now.

Hoagland, who was the staff director of the Senate Budget Committee for Republicans said that a straight up-or-down vote, the route Democrats would like to take, would be much faster and less complicated than using reconciliation to raise the debt limit.