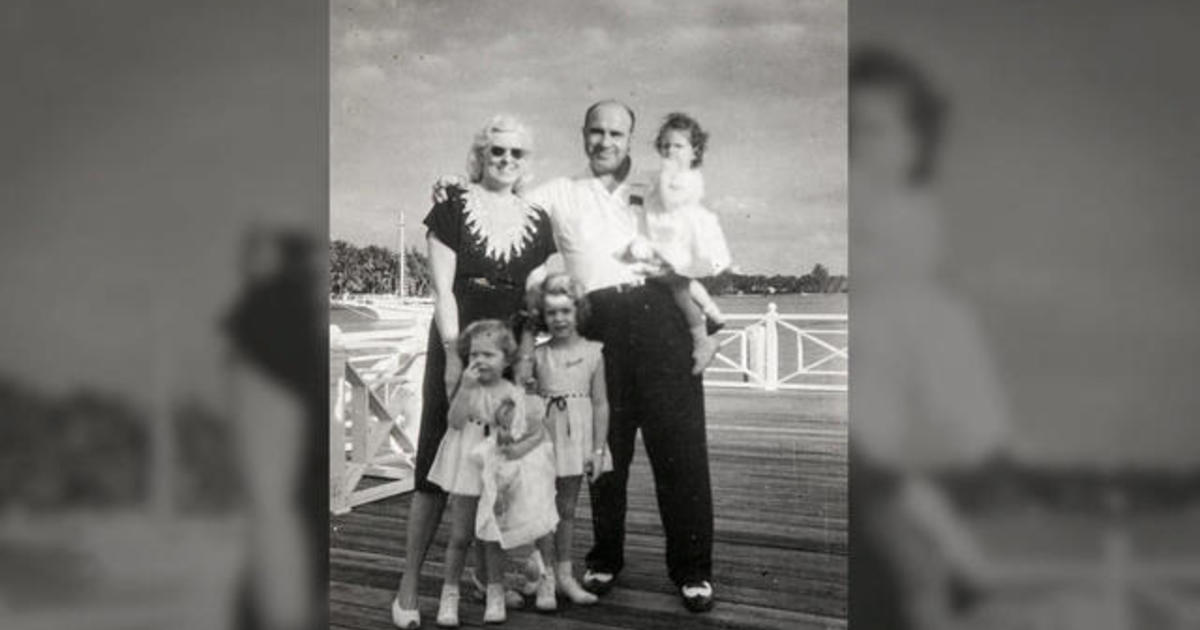 He ruled the streets of Chicago through fear during most of the Prohibition era. Now, nearly 75 years after the death of the gangster Al Capone, some of his most prized possessions are up for sale.

This Friday, Capone’s surviving granddaughters, helped by Witherell’s auction house in California, will sell everything from weapons to watches and jewelry.

“We have lived all our lives, my sisters and I, being very quiet about the family, and not talking about our personal stories,” Diane Capone told CBS News’ Lee Cowan.

Her grandfather was never convicted of anything more than tax evasion but not being convicted of something doesn’t equate with innocence.

It’s widely believed Capone was behind the bloody St. Valentine’s Day massacre in 1929. After that, the mere mention of his name or his nickname “Scarface” was as icy as Chicago’s wind.

“I can remember as a first-grader going out to the playground and having people get off some of the playground equipment because, ‘Let’s go, here’s Capone,” Diane recalled.

By the time Diane was born, Capone was largely out of business, locked up in Alcatraz, the former federal prison that was set aside for the worst criminals.

“When he came back from being in Alcatraz, he had gone through quite a transformation. He lived out the rest of his life trying to make amends, trying to make peace with God and he believed that he was given a second chance,” said Diane.

He lived out that second chance often in loungewear at his Miami Beach mansion. When he died of a heart attack at only 48, his wife was so grief-stricken she covered almost everything in the home with bedsheets.

His home was full of old pictures, fancy china, furniture and jewelry—which Capone was known to have had a lot of.

Nearly 200 items will go on the auction block this week including Capone’s prized gun. Capone’s semi-automatic Colt is expected to go for hundreds of thousands of dollars.

“This gun was kind of his protection and I think it saved his life on a number of occasions and so he called it his sweetheart,” said Diane.

“And so he carried this everywhere?” Cowan asked.

Those items are part of his life that intrigues people still. But his legacy remains questionable for some.

Nina Sarlarno Besselman is a former California prosecutor. She has no connection to Chicago or Capone but she does have a connection to violence.

Her sister, Catina Rose, was murdered in 1979, and ever since Nina’s been fighting to make sure it’s the victims who are remembered, not the criminals.

Diane said she has no idea if her grandfather was capable of murdering people but understands why some people may consider his legacy tainted.

“You know everybody is entitled to their own opinion. And I understand why some people might feel that way. I think we all make mistakes in life, some people make a lot bigger ones than others,” Diane said.

“If you could talk to people who may or may not have been victims of your grandfather’s profession, what would you say to them?” Cowan asked.

“I don’t know. I guess I would say I’m sorry,” Diane replied.

What Diane Capone has seen rummaging around the ghosts of her family’s past is less about who Al Capone was and more about who she says, her grandfather tried to become.

“Even someone who has been the kind of sinner that he might have been, the fact that he could confess and try to make amends before his life ended, that’s kind of hopeful I think for all of us,” she said.