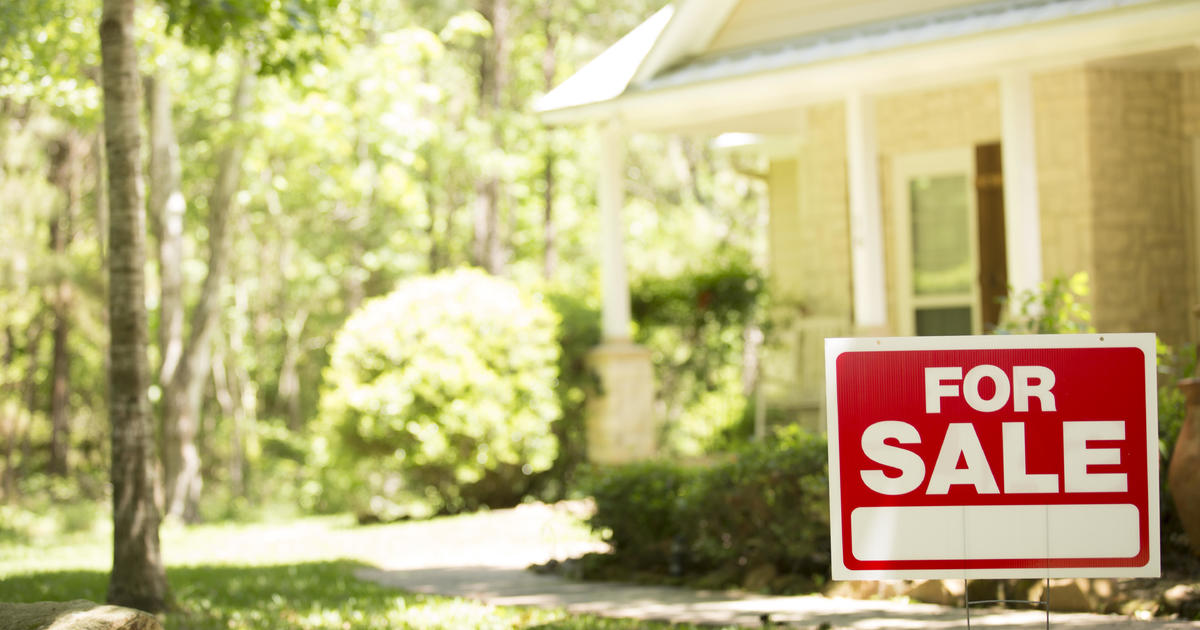 Housing prices continue to surge across the nation, but incomes for home buyers aren’t keeping up with soaring real estate values. The result: Monthly mortgage payments are now unaffordable for the typical buyer.

That’s according to calculations from the Federal Reserve Bank of Atlanta, which found that the median-income household would now need to spend more than 32% of its annual income to afford a median-priced home — or above the 30% threshold for affordability that is used by the U.S. Department of Housing and Urban Development. Home affordability is at its lowest point since 2008, according to the analysis.

These trends are souring some Americans’ outlook on home-buying, with only about 3 in 10 people surveyed by Fannie Mae in August saying they believe it’s a good time to buy, down from almost 6 in 10 people in May. Housing prices across the nation have soared, with home listing prices jumping almost 9% in September compared with a year earlier, according to Realtor.com. Despite record-low mortgage rates, the increase in home prices is translating to bigger monthly outlays for new homeowners.

“What this points to is that home prices have risen astronomically in the pandemic, and that’s increasingly putting them out of reach for first-time home buyers,” said Jeff Tucker, senior economist at Zillow, about the Atlanta Fed’s analysis.

He added, “It’s not a surprise that we are now seeing affordability metrics like this one throwing up some warning signs — that homes are getting out of reach for the typical homebuyer to afford them.”

The typical homebuyer must pay almost $1,800 a month to cover their mortgage, property taxes and insurance for a median-priced home, according to the Federal Reserve Bank of Atlanta, which based its calculation on July housing and income data, the most recent month in the bank’s analysis. A year ago, the typical monthly cost for homeownership stood at slightly more than $1,500.

The median home price sat at more than $342,000 in July, compared with about $279,000 a year earlier — a 22% increase. But incomes haven’t kept up, rising about 3% over the same time period, leading to an affordability crunch for some homebuyers.

The past year and half have proved to create a perfect storm for homebuyers — and not only for affordability. Bidding wars, a lack of inventory and other challenges have created stressful home-hunting experiences for many. As the housing market heated up in the spring, some homebuyers offered far above asking price and even waived inspections and other contingencies in order to secure a winning bid.

The current state of the housing market reflects several trends, including the shift to remote work during the pandemic, which prompted some workers to seek homes with offices or more space. Almost 5 million millennials are turning 30 each year, entering the decade of their lives when they’re settling down and looking to own their homes, Realtor.com has noted.

And mortgage rates remain at historic lows, helping to offset higher housing prices. The average rate on a 30-year fixed-rate home loan was about 2.9% in September, compared with almost 4% in 2019, prior to the pandemic, according to Freddie Mac.

“Mortgage rates are another reason why people are saying why it’s better to act sooner rather than later,” Tucker noted. “An unusually large number of people had a reason to act now,” in order to lock in a low rate.

An extra year to save for a downpayment

But it will take the typical first-time homebuyer about 6.4 years of saving 10% of their income to sock away the traditional downpayment of 20%, or a year longer than it would have taken five years ago, due to the surge in home prices, a recent Zillow analysis found. Renters will need to somehow save an additional $369 per month to keep pace with the forecasted growth in home prices, the housing company said.

While homebuyers across demographics are feeling the strain of rising home prices, it may impact Black and Latino families more than White buyers due to the racial wealth gap, Tucker added. About 45% of Black Americans own their homes, down from a peak of about 50% in 2004. By comparison, about 74% of White Americans currently own their homes, down about two percentage points from the their peak in 2004.

Rising home prices and affordability issues could “contribute to a widening disparity in access to homeownership,” Tucker said. Existing homeowners, for example, are better equipped to buy another home since their properties have likely appreciated during the pandemic, giving them more equity that they can use to purchase a new home.

If there’s any good news, it’s that the market has cooled from “white hot” to merely “red hot,” Zillow said. For instance, home value appreciation rose 1.75% in August, down from almost 2% in July, the real estate company said.

“There are a few more options out there [with inventory], so buyers are feeling a little less frantic,” Tucker said. “Homes are taking one to two days longer to go pending. Those are some early signs that the market is returning to normal.”