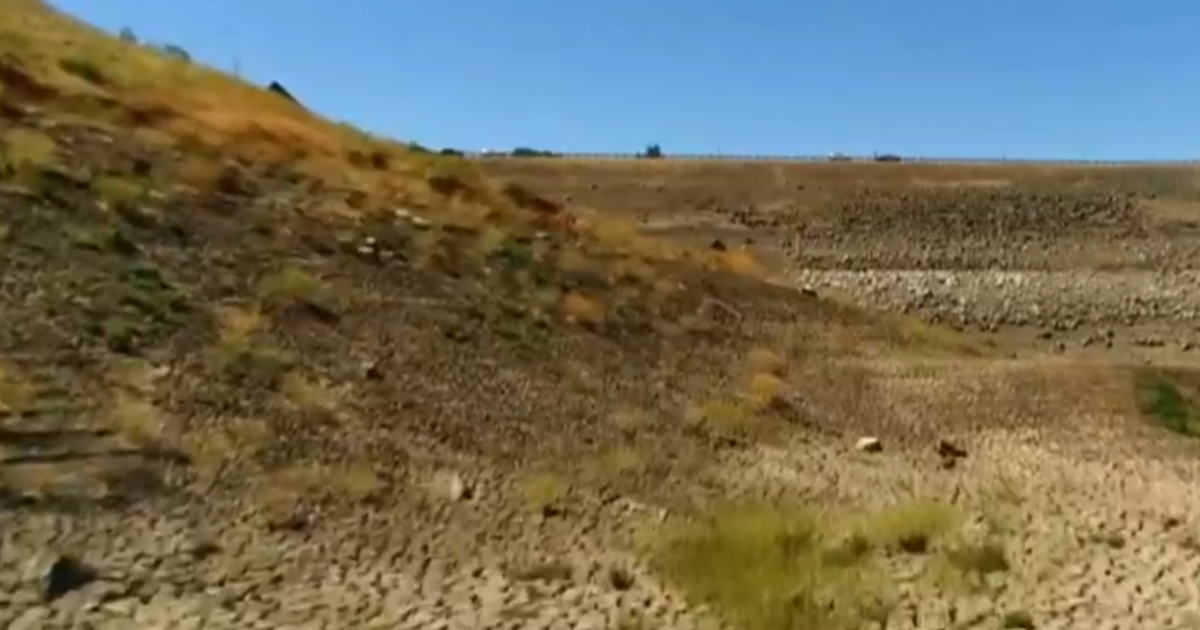 Climate change is a major global threat, but not yet a major topic of kitchen table conversation. At the Dallas World Aquarium, CBS News found most people just don’t usually get into the conversation.

“How often do you talk about climate change?” “CBS Mornings” co-host Tony Dokoupil asked some visitors.

“Have we once talked about climate? Maybe once or twice in our, you know, seven-year relationship,” Chris Glenn replied.

Two other people who were asked the same question said they have not started a conversation intentionally with someone else about the issue of climate change.

If climate change threatens us all, shouldn’t everyone be talking about it?

According to the new book, “Saving Us: A Climate Scientist’s Case for Hope and Healing in a Divided World,” the lack of conversation may be the biggest threat of all. The book is published by an imprint of Simon & Schuster, a division of ViacomCBS.

Author Katharine Hayhoe said more than half of U.S. adults are concerned about climate change, but only about a third of us ever talk about it.

Hayhoe is a prominent climatologist at Texas Tech University who studies not only the climate but the conversation around it.

“I mean, if one more person tells you about a starving polar bear, or a melting iceberg, or rising sea levels, you’re just like, ‘What am I supposed to do? I’m just one person. I’m not, like, the president, or CEO, or anything,” said Hayhoe.

Hayhoe argues the most important thing people can do is the one thing so many have been avoiding—talking about it.

“You think regular people can start a revolution on this by having conversations in their community,” Dokoupil asked.

“I think that’s the only way revolutions ever started,” said Hayhoe.

To see how Hayhoe does it without devolving into politics or argument, CBS News started some conversations.

“For me, I feel like this world ain’t gonna survive long,” Chantz Beene said after being asked about the topic.

“Did you know that 90 companies are responsible for two-thirds of the whole global warming problem since the beginning of the industrial era?” asked Hayhoe, who joined in the conversation.

“I did not know that,” Beene replied.

Hayhoe was full of facts, yet her first move wasn’t to lecture, but to listen. She informed two people that 9,000,000 people die every year of air pollution.

When Hayhoe did jump in the conversation, it wasn’t with global data, but local issues.

“We see changes in weather patterns, but they don’t happen to happen as close to home…” Glenn said.

“Here’s the thing. If we live in Texas, we’re getting hit hardest of any state. We get…” Hayhoe said.

“The Hurricanes, the floods, the heat, even the crazy winter storm that we had… It was worse because of the Arctic warming so fast,” added Hayhoe.

In conversation after conversation, Hayhoe kept the focus on solutions. She informed one person that Texas is number one in wind energy.

She also reminded people that while the challenges may seem overwhelming, the country has a pretty good track record of getting it right, eventually.

After the conversation, Beene — who said earlier that the world was potentially “doomed” — said that the first step to getting it together is “talking about it.”

The conversation with Hayhoe even changed one person’s view.

“Has this conversation changed you in any way?” Dokoupil asked.

“Yeah, I mean, I would, I’d be more vocal to it. I’d want to spread the awareness,” one person said.