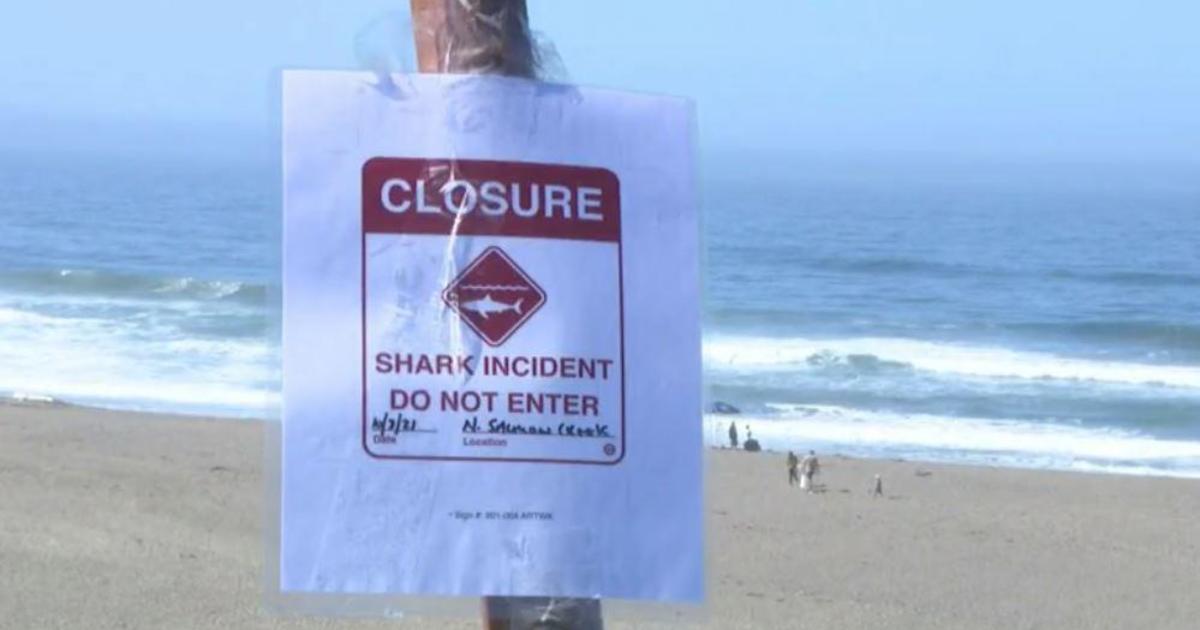 A surfer bitten by a shark Sunday morning in waters in northern California suffered severe injuries but is in stable condition, authorities said. The man was attacked shortly after 9 a.m. in the surf off North Salmon Creek Beach near Bodega Bay.

CBS San Francisco reports there were several surfers in the water, including Jared Davis who was paddling out with his friend, Eric. That’s when a swell rose up between Davis and a man floating next to him.

The surfer, a man in his 30s, was yelling “shark” and “help” and Davis began paddling in with him.

“He had kind of caught up to me and I saw his leg. It looked like he had a red stripe on his wetsuit, which is pretty common but that was actually blood,” Davis said.

Among the crews responding was California Highway Patrol air operations, who said they transported the victim with a severe leg bite to Santa Rosa Memorial Hospital.

The surfboard provided the most shocking evidence — a wide arc of teeth marks, indicating the size of the shark. When paramedics Jonathon Bauer and Tim Saluzzo arrived on scene they were wondering if the report was even real.

The injured man suffered a serious leg injury including arterial damage. Fellow surfers applied a tourniquet made of surfboard leashes and carried him on a board up to the parking lot where he was airlifted to Santa Rosa Memorial Hospital.

After the attack, the park district closed the area to the public for a length of two miles, patrolling the beach to keep visitors out of the water.

The North and South Salmon beaches are located along Highway 1 and are a popular local surfing destination.