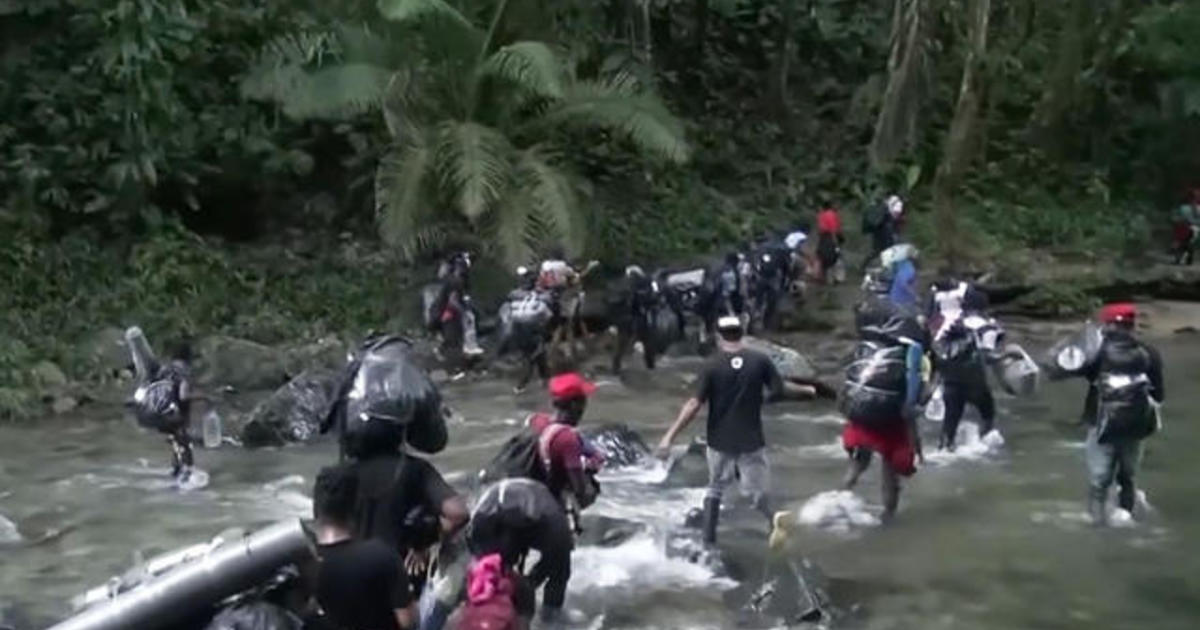 Some 16,000 migrants are waiting in Necocli, Colombia to continue their journey to the United States. Word that the U.S. has recently deported nearly 7,000 Haitian migrants has not deterred most.

A patchwork of tents has replaced the sun-bathing tourists that once dotted the beaches of Necocli. Its spot along the Caribbean coast has made it the next stop for migrants heading north, like Chares Patrick.

His goal is to go to the U.S. He fled poverty and violence in Haiti four years ago, he says, only to find discrimination and little work in Chile. He has two daughters back home.

The shortest route from Columbia to Panama is by boat, but that nation’s government is only allowing 500 to cross a day, creating a bottleneck.

And the journey ahead is not easy. The danger is the Darien Gap, a 60-mile stretch of lawless jungle so treacherous at least 50 bodies have reportedly been found this year, but the real death toll is estimated to be four times higher.

More than 88,000 people have crossed in 2021 already. Panama estimates about one quarter are children.

Their road map is a network of WhatsApp groups with migrants sharing directions, tips and warnings. Many see no other choice.

Asked if he would turn back instead of moving toward the U.S. border, Patrick said, “No, no, no. … My dream is not back.”

Leonel Nelson, his wife, and his infant daughter were about to attempt to cross the gap. Nelson acknowledged that it’s very difficult and there are bandits, but he is determined to push ahead.

“Only God knows” what will happen, he said.