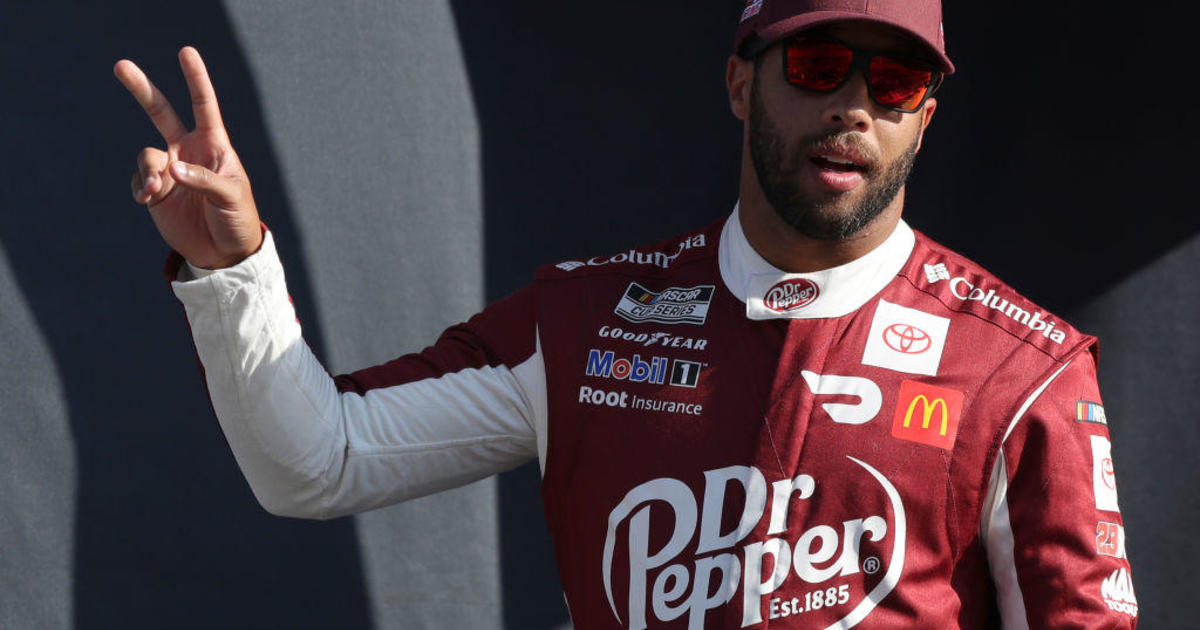 Bubba Wallace made history Monday by becoming the second Black driver to win a NASCAR Cup Series race. The 27-year-old was in first place when officials called the race at Talladega Superspeedway because of rain, which gave him the win.

Wallace, who drives a No. 23 Toyota, pulled ahead at the race after driving through a crash and held his position for five laps. The race had two delays because of rain, but officials could not dry off the track and declared Wallace the winner.

“This is for all the kids out there that want to have an opportunity and whatever they want to achieve, and be the best at what they want to do. You’re going to go through a lot of bulls***. But you always got to stick true to your path and not let the nonsense get to you,” Wallace said through tears after his win.

“Stay strong. Stay humble. Stay hungry,” he said. “Been plenty of times when I wanted to give up.”

The victory is Wallace’s first career win. It’s also his first season on the 23X1 Racing team, which is co-owned by NBA legend Michael Jordan.

Wendell Scott became the first Black driver to win at this level in 1963. He did not get to celebrate his win at the race, because another driver was initially flagged as the winner, according to a post on NASCAR’s website. He was posthumously inducted into the sport’s Hall of Fame in 2015, and his family was presented with a trophy commemorating his 1963 victory earlier this year.

Wallace has been vocal about racial justice throughout his career. In June 2020, he wore a pre-race t-shirt with the words “I can’t breathe.” He also spoke out against NASCAR’s use of the Confederate flag, which was then banned from future races.

At a race that month, the door pull of Wallace’s garage was found to be tied into a noose, sparking an FBI probe. The probe found the noose had been in the garage since October 2019, and could not have been directed at Wallace, who was only assigned the garage the week before the rope was found.