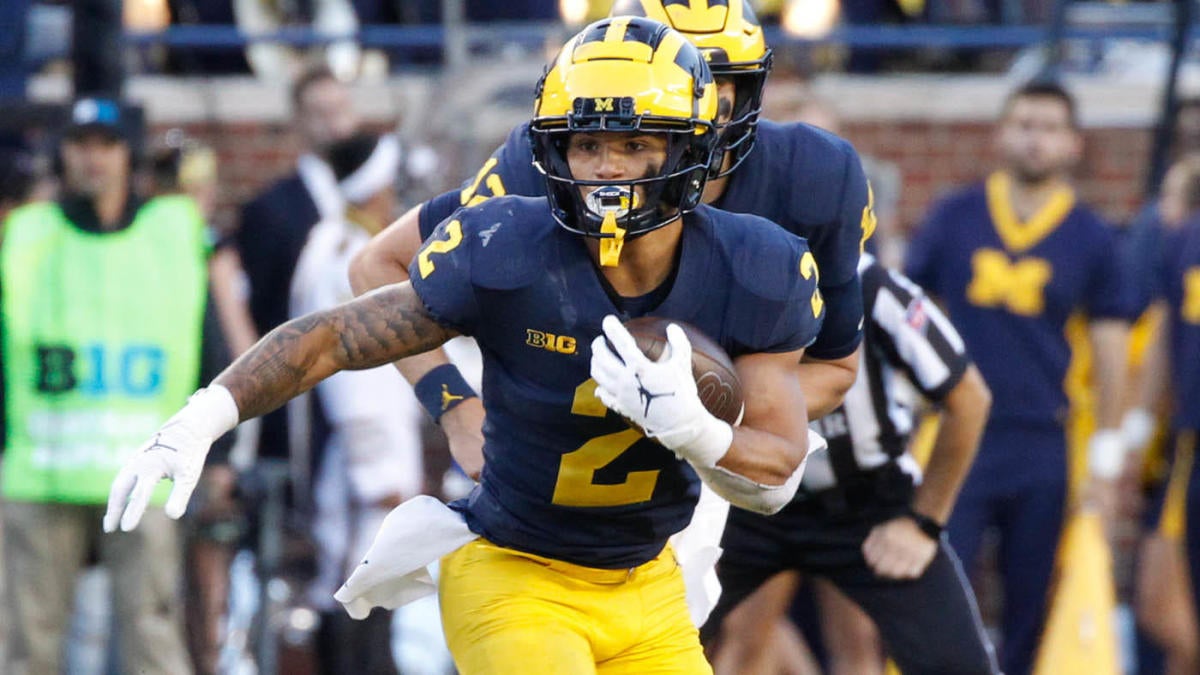 No. 14 Michigan looks to keep its undefeated record intact when it takes on Wisconsin at Camp Randall Stadium in a Big Ten showdown Saturday. There’s a long history in the Big Ten with these cross-division foes, which have met 69 times over the years. Michigan leads the series 51-17-1. However, the Badgers enter this year’s game having won three straight.

Michigan also holds a significant edge on the Badgers at Camp Randall, going 19-8-1 there all-time, but it’s been a long time since the last win in Madison, Wisconsin. The Wolverines beat Wisconsin 20-17 at Camp Randall during the 2001 season but have lost each of the last five.

Check out CBS Sports’ LIVE coverage of Michigan vs. Wisconsin

Michigan vs. Wisconsin: Need to know

Michigan is running over everybody: The Wolverines have not been shy about how they plan to attack opponents this season. They rank fifth nationally in rushing yards per game at 290.75 while ranking sixth in yards per carry (6.29), third in rushing rate (73.6%), are tied for first in rushing touchdowns (17) and second nationally in expected points added rushing (41.73). All of which is a long way of saying Michigan runs the ball often and runs it well.

The Wolverines do it with a two-headed attack. Blake Corum has carried the ball 69 times for 475 yards and seven touchdowns, while Hassan Haskins has rushed for 322 yards on 61 carries with six touchdowns. It’s your typical thunder (Haskins) and lightning (Corum) combination.

Graham Mertz needs to cut down on turnovers: It’s no secret that the Wisconsin offense has struggled to start the season. The Badgers are last in the Big Ten in points per game at 19, and that number is misleading. Wisconsin scored 34 of its 57 points on the year in a win over Eastern Michigan. Against Penn State and Notre Dame, it managed only 23 points and two touchdowns.

The passing game — or lack thereof — has been the biggest reason why. Graham Mertz has thrown six interceptions on the season, including two pick-sixes last week in the loss to Notre Dame. Those two touchdowns Notre Dame scored on Mertz passes are more than he’s thrown to his Badgers teammates (one) so far. Among qualified passers, Mertz’s 6.3% interception rate is the worst in the nation.

It’s Barry Alvarez Day: Former Wisconsin coach and athletic director Barry Alvarez will be honored before the game. Alvarez retired as athletic director in June after 31 years at Wisconsin. He went 120-73-4 over 16 seasons as coach, winning three Big Ten titles and three Rose Bowls. Alvarez deserves more credit than anybody else for taking a Wisconsin program that had traditionally been an also-ran in the Big Ten and turning it into one of the nation’s most powerful and consistent programs.

How to watch Michigan vs. Wisconsin live

Given what I’ve written already, you’ve probably figured out which direction I’m heading. I know it’s been a while since Michigan has won in Madison, and this will be the toughest test the Wolverines have faced so far (it’s their first road game), but I can’t trust Wisconsin. The Badgers offense has played too poorly, and this Michigan defense has been just as strong — if not better — as the Penn State and Notre Dame defenses that have suffocated it already this season. The Wisconsin defense will keep it close, but I do not see them winning this game unless the Badgers score on defense or special teams. Prediction: Michigan (+1)

Which college football picks can you make with confidence in Week 5, and which top 25 favorite will go down hard? Visit SportsLine to see which teams will win and cover the spread — all from a proven computer model that has returned almost $3,300 in profit over the past five-plus seasons — and find out.