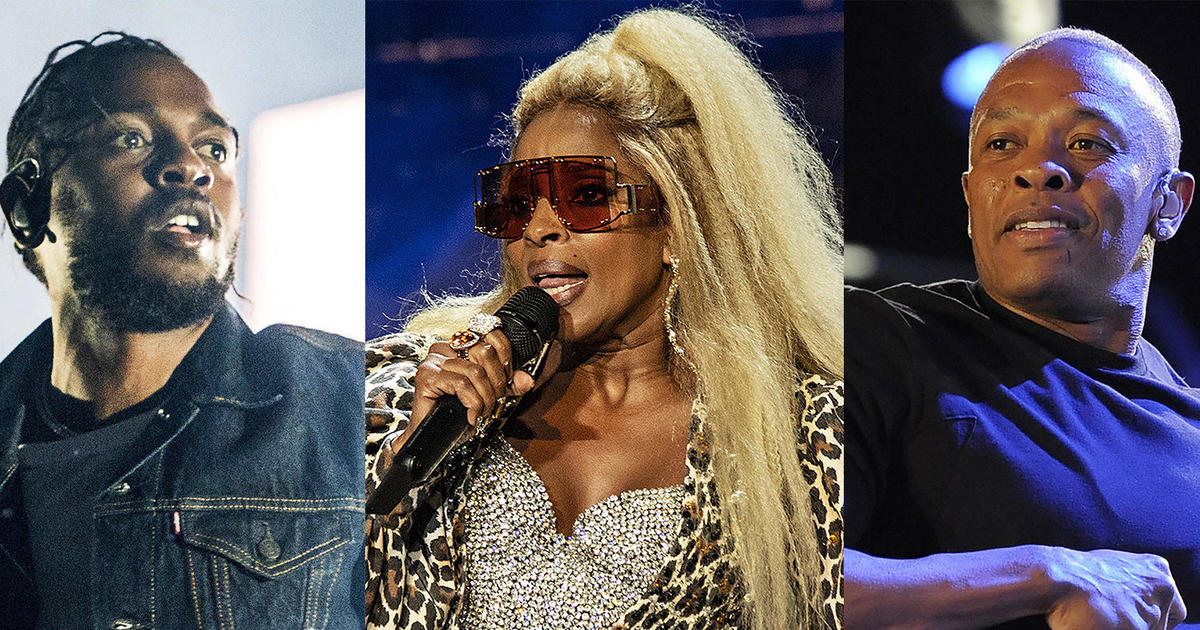 “This year we are blowing the roof off the concept of collaboration,” PepsiCo’s senior vice president of media, sports and entertainment, Adam Harter said Thursday in a statement. “Along with the NFL and Roc Nation, we continue to try and push the limits on what fans can expect during the most exciting 12 minutes in music; this year’s superstar line-up is sure to deliver a mind-blowing performance.”

The event’s performers have collectively been awarded 43 Grammy’s and have created 22 number 1 Billboard albums, according to the NFL. Eminem is the first rapper to earn two RIAA Digital Single Diamond Awards, Blige is a nominee to the Rock & Roll Hall of Fame, Lamar is the first person to win a Pulitzer Prize for a hip-hop album and Dr. Dre has been honored by the Recording Academy for his lifetime achievements.

The upcoming performance will be Dr. Dre’s first major performance since he suffered a brain aneurysm in January.

“I’m extremely excited to share the stage with my friends for the #PepsiHalftime Show,” the musician said on Twitter. “This will introduce the next saga of my career… Bigger and Better than Ever!!!”

Super Bowl LVI will return to California on February 13 at Inglewood’s SoFi Stadium. It will be the 13th Super Bowl played in California, according to CBS Sports.

“Artists like Dr. Dre and Snoop Dogg were at the forefront of the West Coast hip hop revolution, so to be able to bring them back to LA, where it all began alongside Eminem, Mary J. Blige and Kendrick Lamar will prove to be an epic, unforgettable celebration of the impact hip hop has today,” Todd Kaplan, Pepsi’s vice president of marketing, said in a statement.