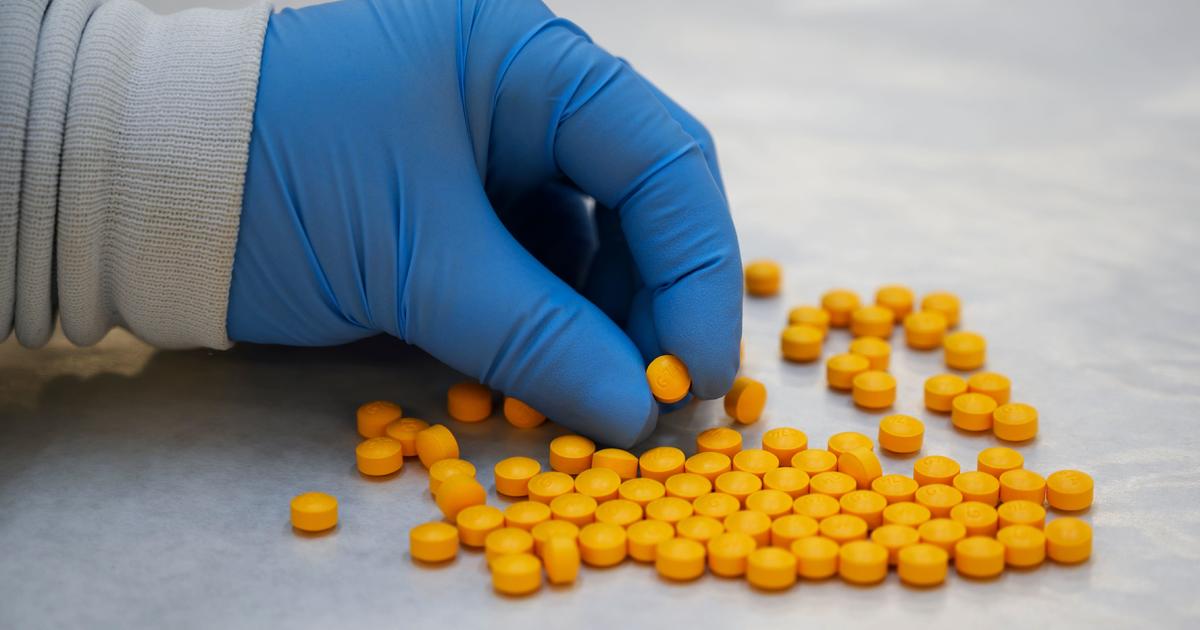 The two-month search was part of the DEA’s effort to target criminal drug networks within the country. It resulted in the arrests of 810 people and the seizure of nearly 8,843 pounds of methamphetamine, 1,440 pounds of cocaine and 158 weapons, according to the Department of Justice. Multiple felony charges are pending as a result of the investigation for crimes including drug trafficking and drug distribution.

“This is a national emergency,” DEA administrator Anne Milgram said Thursday at a press conference. “And this is just the start of the work that the DEA will do to address it.”

The agency launched the nationwide drug search on August 3, spurred on by an increase in drug overdose deaths and drug violence, Milgram said. As a result of the historic seizure, at least nine overdose deaths are being further investigated.

“This is not only a local issue,” she said. “It is also a national one.”

This week, the DEA issued a public safety alert warning the public of the “sharp increase” in fake pills that are designed to look like legitimate capsules prescribed by a doctor. The counterfeit pills instead are illegally manufactured in labs and often contain deadly doses of fentanyl — a powerful synthetic opioid used to treat severe pain.

The fake pills are marketed to teenagers and oftentimes sold on social media platforms — including Facebook Marketplace and Snapchat — or on the streets with cash and cryptocurrency, Deputy Attorney General Lisa O. Monaco said.

“The pervasiveness of synthetic opioids, the low cost and the way criminal drug networks disguise them as legitimate prescription pills really can make them particularly dangerous to public safety,” she said.

The “vast majority” of the lethal chemicals are believed to come from China before they are mass-produced into fentanyl and methamphetamine pills in Mexico, Monaco said. Mexican drug cartels Sinaloa and CJNG are believed to be behind the massive production of illicit drugs flooding the U.S., Milgram said. Monaco recently met with Mexico’s attorney general to express concerns on the growing issue, she said Thursday.

In 2020, the U.S. saw the largest number of drug-related deaths ever recorded in a single year, increasing by 30% from the year before, Monaco said. In that same year, opioids were responsible for almost 75% of overdose deaths and the main driver of those deaths was illicit fentanyl. Since the start of 2021, and before this latest operation began, officials seized more than 9.5 million counterfeit pills, which is more than the two prior years combined. And the number of fake pills with fentanyl has jumped nearly 430% since 2019.

“These are shocking figures,” Monaco said.

She called for more public awareness and “aggressive enforcement” to address the issue. Milgram urged people to only take pills personally prescribed to them by a legitimate pharmacy.

“Seizures like this alone will not solve this problem,” Monaco said. “We also need the public to understand the dangers posed by counterfeit pills.”