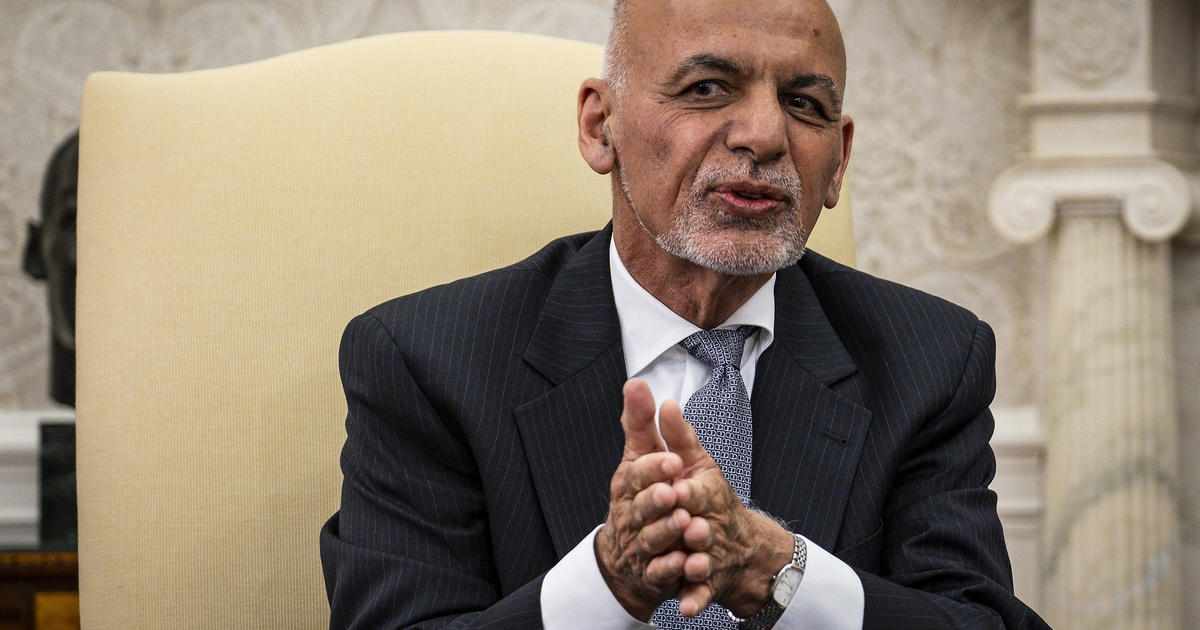 Seven weeks before Kabul fell to Taliban forces, Afghan President Ashraf Ghani met with CIA Director Bill Burns to discuss the future of his embattled government and country. Two sources familiar with the June 24 meeting confirmed that the men met at the agency headquarters in Langley, Virginia, to discuss the upcoming transition that would need to happen as the U.S. withdrew its troops.

At the time of Ghani’s visit to the Biden White House on June 25, U.S. intelligence had grown increasingly concerned about the stability of the Afghan government. The Wall Street Journal had just reported the recent U.S. intelligence conclusion that the government in Kabul could collapse within six months, and that some Western officials projected it might not last more than three months.

Yet Burns and Ghani did not discuss that timeline. There were few individuals in the room at the CIA for what would be a consequential conversation. Two sources with knowledge of the meeting described the conversation with Burns as “very policy-centric” as the U.S. tried to coach Ghani on steps he would need to take to handle the transition. It was a role that tapped into Burns’ decades of diplomatic experience as a former deputy secretary of state and veteran ambassador.

It was not their first meeting. Burns had made it a point to travel to Afghanistan in the spring on his first overseas trip as CIA director — one kept secret by the agency. A meeting with Ghani and his national security team was on his agenda for that April trip, as was a discussion about the broader mission of extracting Afghans who had worked with the intelligence agency over the past decades. Concerns were already mounting about the Taliban’s battleground advances and the Afghan government’s ability to fend them off after the U.S. withdrawal.

In a letter sent in early August to former CIA officers and obtained by CBS News, Burns cited “troubling advances by the Taliban” and explained that making Afghanistan his first stop had been intended to reflect his view that the country is important to the counterterrorism mission of the agency.

Ghani and his advisers had been worried for months. Morale within their government and the Afghan military had been deteriorating since the 2020 Doha agreement between the Taliban and the U.S. The Afghan government was not party to that deal, though it included a pledge by the U.S. to have 5,000 Taliban prisoners released from Afghan custody and stated the U.S. intent to carry out a full military withdrawal. That deal had a “demoralizing effect” on Afghan forces and would later play a role in the melting away of those troops, as Defense Secretary Lloyd Austin testified Wednesday.

Afghan morale suffered another blow when the Biden administration only gave the Ghani team a few hours’ notice before announcing the decision in mid-April to pull out all U.S. troops. The full withdrawal represented a shift from remarks Biden had made during the 2020 campaign, when he had publicly mulled leaving a residual force to handle counterterrorism. The Ghani government had hoped for some kind of continuing U.S. military support. A source familiar with Ghani’s thinking explained that the Afghan president was left feeling that the U.S. was feeding him to the Taliban and the meddling forces of Pakistan.

This week, the head of U.S. Central Command, General Kenneth McKenzie, testified that he had recommended to Presidents Trump and then Biden that 2,500 U.S. troops remain in Afghanistan to try and prevent the collapse of the Afghan government and military. That figure was the minimal number of forces the Trump administration had agreed to leave in country to protect the U.S. Embassy, as well as the CIA footprint in Kabul, according to a former senior White House official.

Chairman of the Joint Chiefs of Staff General Mark Milley also testified this week that he agreed some U.S. forces should have remained. Yet President Biden denied he had been given any such advice in an ABC News interview in August.

But the U.S. military also had its complaints about Ghani and his own role in whittling away the strength of the U.S.-trained Afghan military. As Defense Secretary Lloyd Austin would later testify, Ghani carried out “frequent and unexplained rotations” of leadership within the Afghan forces as they tried to fend off Taliban advances on the battlefield. The Taliban’s forces were gaining ground, even while they had negotiators participating in stalled diplomatic talks in Doha aimed at crafting a new government, in which the Taliban would have a key role.

The clear message was that the Taliban was coming back into power in one form or another, and for months, the Biden administration had been frustrated that Ghani’s government had not accepted this reality and failed to broker its own peace deal with the Taliban.

The person with the most experience in Afghanistan when it comes to its political players was U.S. Special Representative for Afghanistan Ambassador Zalmay Khalilzad. His relationship with Ghani had long been strained, and that rift only widened after the Trump-era deal with the Taliban. It left Ghani without a trusted U.S. official to shepherd him through any theoretical diplomatic process — or at least no one he trusted.

In April, Secretary of State Antony Blinken had made what would be his first and last brief visit to Kabul. Ghani did not have a close relationship with him either, and the secretary’s past attempt to press the U.N. to help form a new Afghan government that included the Taliban had fallen short. Blinken did not participate in Ghani’s June visit to the White House, since he was traveling in Europe at the time.

It is not clear when the CIA and the Biden administration became aware that Ghani would flee the presidential palace when the Taliban reached Kabul.  Blinken has repeatedly said in interviews that he personally was not aware, and that Ghani didn’t tell him that he intended to flee when the two men spoke on August 14, just hours before the city fell to Taliban forces. Ghani and dozens of his aides fled first to Uzbekistan, and now reside in the UAE.

A week later CIA Director Burns flew to Kabul once again — this time to ask the Taliban’s then de facto leader Mullah Baradar to give the U.S. more time to withdraw. The request was refused.