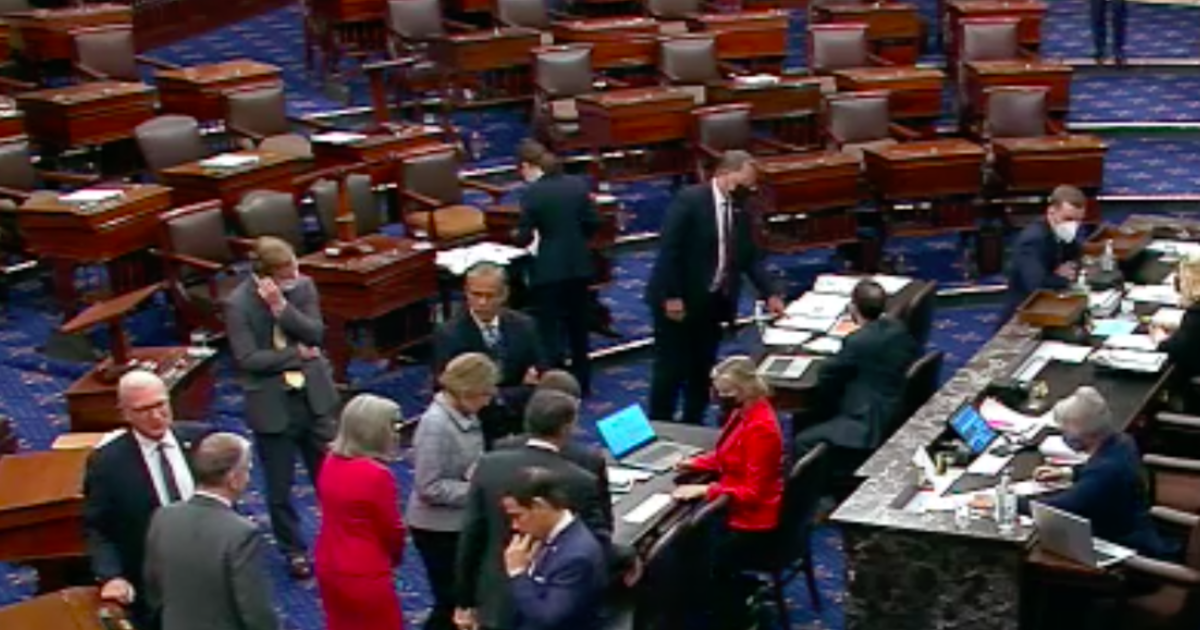 Washington — The Senate on Thursday approved a short-term government funding bill that would keep federal agencies open through early December and staves off a partial government shutdown, just hours before funding is set to expire.

The stopgap measure, known as a continuing resolution, passed the Senate in a bipartisan vote of 65 to 35, overcoming the 60-vote threshold needed for approval. Senate Majority Leader Chuck Schumer announced Wednesday night that a deal had been reached on the short-term funding measure after an earlier bill, which included a provision to suspend the debt limit through December 2022, was blocked by Republican senators this week.

In addition to keeping federal agencies funded at current levels through December 3, the bill includes $6.3 billion in funding for Afghan refugee resettlement and $28.6 billion for disaster relief following a spate of  recent hurricanes and wildfires. The House is expected to pass the continuing resolution and send it to President Biden’s desk for his signature before midnight, when current funding expires.

Before the final vote, senators voted on three amendments from Republican senators — curbing assistance for certain Afghan refugees, prohibiting federal funds for COVID-19 vaccine mandates and no member pay without a budget — though all failed.

The Senate’s passage of the funding measure and expected approval by the House averts one fiscal crisis — a partial government shutdown — but leaves unanswered the need for Congress to raise or suspend the debt ceiling. The path for how Democratic leaders intend to skirt a debt crisis without Republican support remains unclear, as GOP leaders have repeatedly warned they will not back legislation that hikes the debt limit.

Treasury Secretary Janet Yellen told congressional leaders this week the U.S. would exhaust extraordinary measures allowing the government to pay its bills on October 18. Inaction by Congress to raise the debt limit would send the nation into default for the first time in its history, triggering widespread economic chaos.

Even as the deadline to avoid a lapse in government funding crept closer as the week went on, congressional leaders expressed optimism Congress would pass a stopgap funding bill.

House Speaker Nancy Pelosi told reporters at the Capitol on Wednesday that she expected a “big” bipartisan vote on a funding bill and did not believe the government would shut down if Congress failed to act by Thursday night.

Democratic leaders quickly moved to strip the funding from the short-term continuing resolution, and it went on to clear the House in a party-line vote last Wednesday. The lower chamber then approved a standalone bill addressing the Iron Dome with overwhelming bipartisan support one day later.

The House’s plan, though, was dead-on-arrival in the Senate because of the debt limit suspension, which Republicans refuse to support.

Senate Minority Leader Mitch McConnell has repeatedly said it is the responsibility of the party in power — Democrats — to address the debt limit, and the GOP would not help them do so regardless of the dire warnings about the economic consequences of a default.

Adding to McConnell’s unbending position on the debt ceiling is Democrats’ efforts to pass a sweeping $3.5 trillion package that would expand the social safety net and combat climate change. Democrats are using a budget tool that allows them to fast-track the bill and pass the Senate without GOP support.