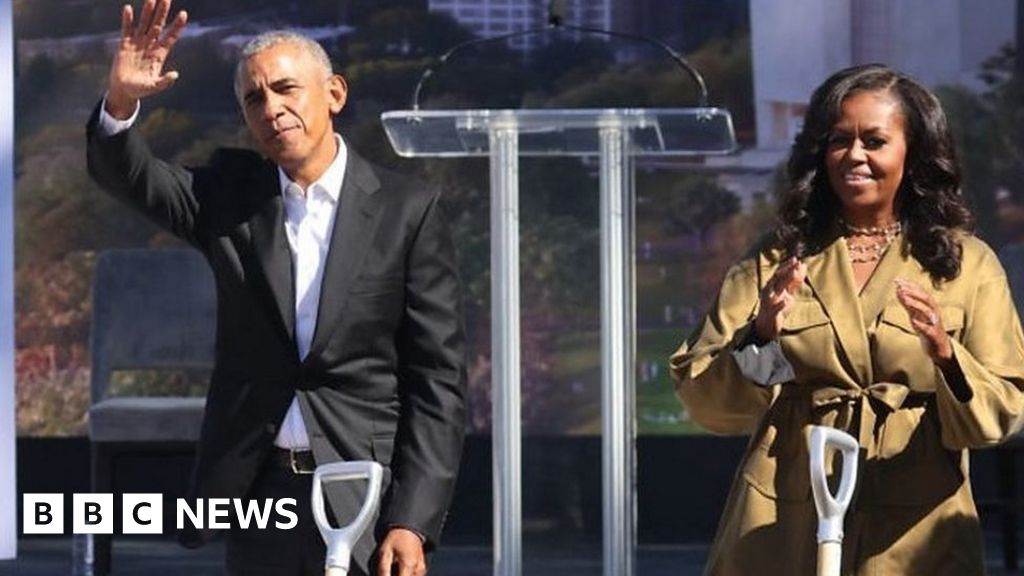 After years of controversy, former President Barack Obama has broken ground on his presidential centre.

The massive project, which will feature a museum, plaza, athletic centre, playground and public library, sits near his family home on the South Side of Chicago, in the historic Jackson Park.

Its construction follows legal battles over environmental issues and amid fears it will push out low-income residents of the area.