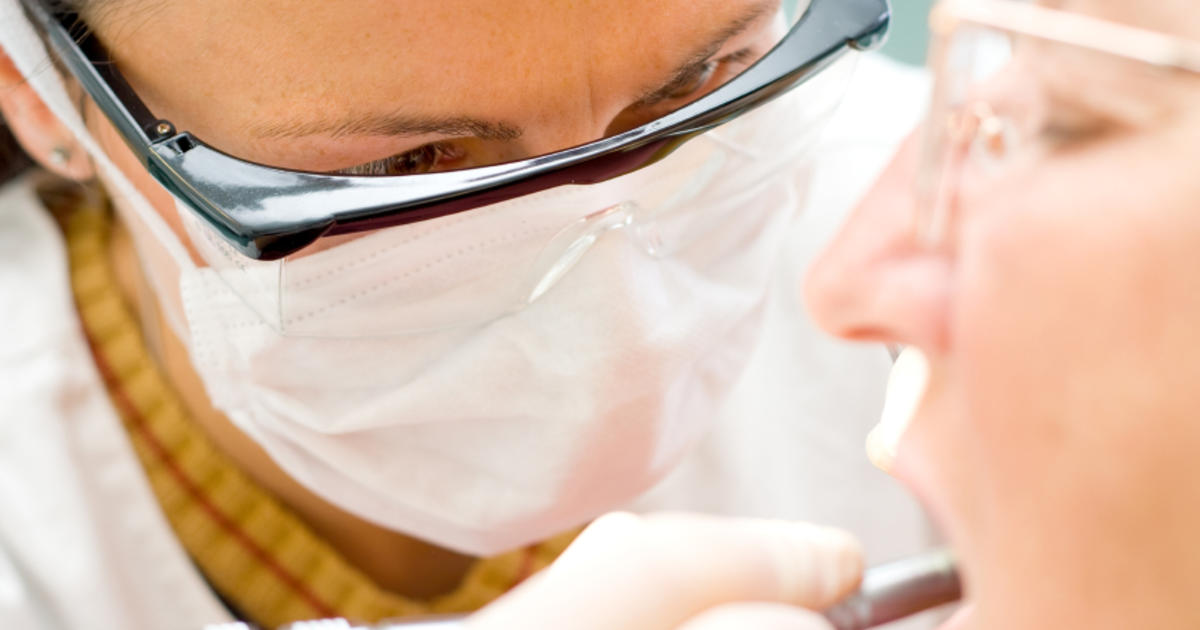 The mouths of tens of millions of Americans have a stake in the budget reconciliation debate now flaring on Capitol Hill.

A Democratic push to add dental, along with hearing and vision, coverage to Medicare for the first time is butting up against industry organizations like the American Dental Association, which argues that limited federal resources should be used to extend the benefit only to the poorest Americans.

“Currently about half of seniors don’t have have dental coverage, and half of seniors don’t use any dental services during the year,” Thomas Rice, a professor of health policy and management at UCLA, told CBS MoneyWatch. “The main reason they don’t is because of costs,” added Rice, who termed the gap in oral care “a large public health issue.”

The ADA is urging its 162,000 members to oppose dental coverage for all Medicare beneficiaries. That stand runs counter to the AARP and to the National Dental Association — a smaller group of primarily Black dentists — both of which favor a broader expansion of dental coverage under Medicare.

Medicare would likely pay less than older patients able to cover dental costs themselves do now, representing a potential hit to what dentists make. “The fear is that they’ll be paid less,” said Allison Hoffman, a professor at Penn Law School in Philadelphia.

The ADA’s position is in line with historical trends, added Hoffman, who noted that the American Medical Association opposed Medicare when it was created in 1965. “The medical establishment has been resisting the rule of government and regulators for a long time. This feels like the latest chapter.”

What do dentists want?

The ADA is effectively taking a middle road. The group is calling for dental coverage for nearly half of Medicare-eligible seniors whose incomes are 300% or less of the federal poverty level, or roughly $38,000 per year for an individual.

That approach would introduce means-testing to a program that serves more than 61 million older and disabled beneficiaries, “making it look a little bit more like Medicaid,” the public health insurance program for low-income people, Rice said.

The dental group’s positions would align the U.S. with other developed nations, as “most high-income countries do cover dental care for low-income seniors, but most don’t cover it for all seniors,” Rice told CBS MoneyWatch. “It’s an opportunity for the United States to finally look good internationally in terms of its health coverage,” he added of the proposal to offer dental coverage to all Medicare beneficiaries.

Is dental health really an issue for older Americans?

Nearly 24 million people — about half of all Medicare beneficiaries — did not have any form of dental coverage as 2019, according to findings released in July by Kaiser Family Foundation. The remaining had coverage through Medicare Advantage plans, Medicaid and private plans.

Because of inadequate dental insurance coverage and high costs, many Medicare beneficiaries forego routine and other dental procedures, KFF found.

“It’s a large public health issue,” said Rice of UCLA. Half of seniors don’t go to the dentist and “the main reason is because of costs.”

Dental care is part of overall physical well-being and health, yet nearly half of Americans 65 and over did not go to a dentist in the last year, and almost one in five no longer have any of their natural teeth, according to the Centers for Disease Control and Prevention. Not having all of one’s teeth or wearing dentures can impact nutrition by making fruits and vegetables harder to eat.

So what happens now?

Although Medicare does not cover most dental services, nearly one in five respondents ages 45 to 64 believe they’ll get dental insurance through basic Medicare when they turn 65, according to a survey by AARP Research released in late 2019.

According to KFF, options to make oral health care more affordable for the 60 million people on Medicare include:

Republicans in Congress are unanimously opposed to any expansion of dental coverage, and House and Senate committees are weighing less generous coverage and other options as they work on a $3.5 trillion social spending plan. A bill passed by the House to expand Medicare to include dental coverage would cost $238 billion over 10 years, the Congressional budget Office estimated.

The Biden administration endorsed increasing access to dental coverage in Medicare in its fiscal 2022 budget, but a push by lawmakers including Sen. Kyrsten Sinema, D.-Arizona, to cut the overall package could derail the added benefit.