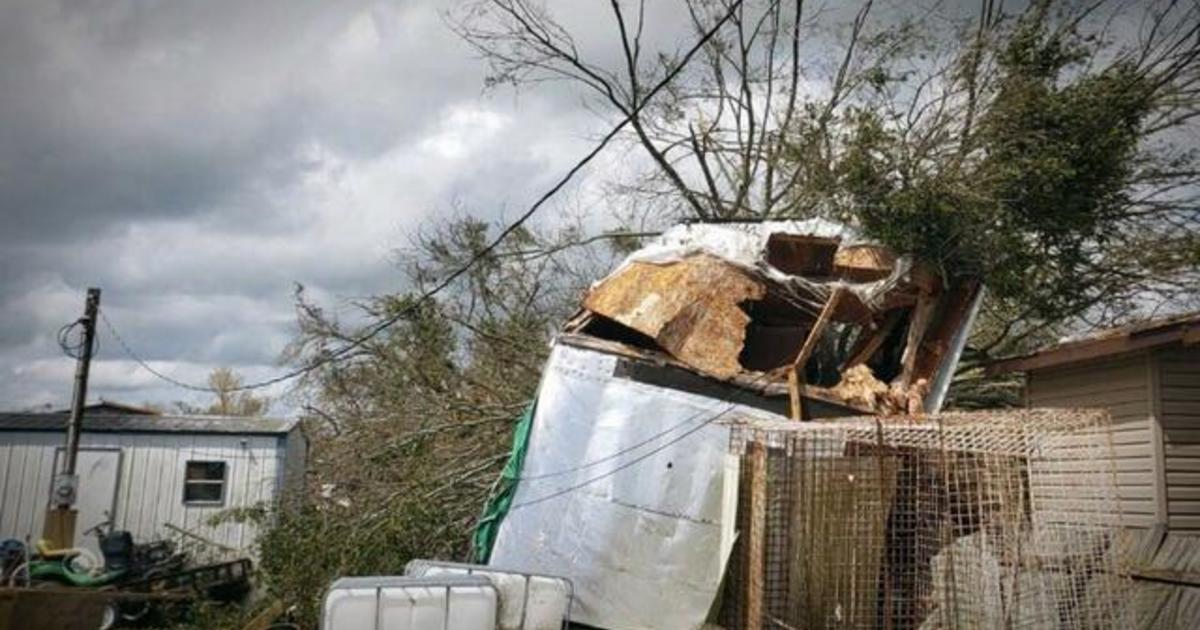 More than a month after Hurricane Ida devastated Louisiana, residents are still waiting for FEMA assistance. The agency has approved nearly 500,000 applications for disaster assistance, totaling more than $638 million, but that covers only part of the need.

Sterling Guidry and his daughter, Bri, have been sleeping in a tent or a truck in Dulac, part of Terrebonne Parish, for the last month after a tree fell through their home during Hurricane Ida.

“FEMA denied us today,” Guidry said a few days ago. “So I’m like stressed out and don’t know what to do or how to re-appeal because I’m not a paperwork person. I’m a laborer.”

Guidry told “CBS Mornings” lead national correspondent David Begnaud that he built his little house “from scratch.” “Every single piece by myself. And I’ll do it again,” he said.

He’s a part-time fisherman and landscaper. Since Hurricane Ida, his main job has been just to clear off his own property.

“You want something done, they say you got to do it yourself, and that’s what I’ve been doing,” Guidry said.

“That’s not the only thing that we’ve got going. The non-congregant sheltering, our transitional sheltering assistance where people can go get a hotel room today,” Robinson said.

Guidry tried to get a motel room but he said there weren’t any available. There are three Red Cross shelters in Terrebonne Parish. Guidry could stay there but he has two dogs, several chickens and rabbits and doesn’t want to leave them in order to stay in a shelter.

He said the reason he didn’t get approved for money from FEMA is because he couldn’t prove he owned the property. FEMA used to require people to provide a deed but they changed that recently. You can give them a letter from a local mayor who says you own, or a home improvement receipt or proof that you paid property taxes. Sterling went digging, looking for proof. He even went to the tax office.

But the office was closed until further notice and the number was disconnected.

CBS News called FEMA back, and that’s when they did something very rare. They accepted a handwritten, signed letter from Guidry that said he has “lived on the property for 31 years.” He wrote that his mother passed away two years ago, “but before she died she told me that the property is mine.”

In the meantime, Guidry is starting to rebuild with scraps that were thrown away. “They hauled off my tiny house in big sections. So I went to the trash pile this morning and cut out part of the floor that was still together to make my foundation.”

Until it’s ready, Guidry and Bri are bathing with water bottles at a port-o-potty five minutes down the road.

“It’s been hard, depressing, sad. It’s hard on my dad and he just holds it in, so, you know, a person can only take so much,” Bri said.

One night, their tent was infested with bugs, so they went back to the truck for night number 29.

FEMA has fast-tracked Guidry’s case, and as early as Wednesday, it is expected to approve him and give him up to $36,000 so he can rebuild his home. Guidry told Begnaud he has $200 to his name, and there are thousands of people like him in southeast Louisiana right now.