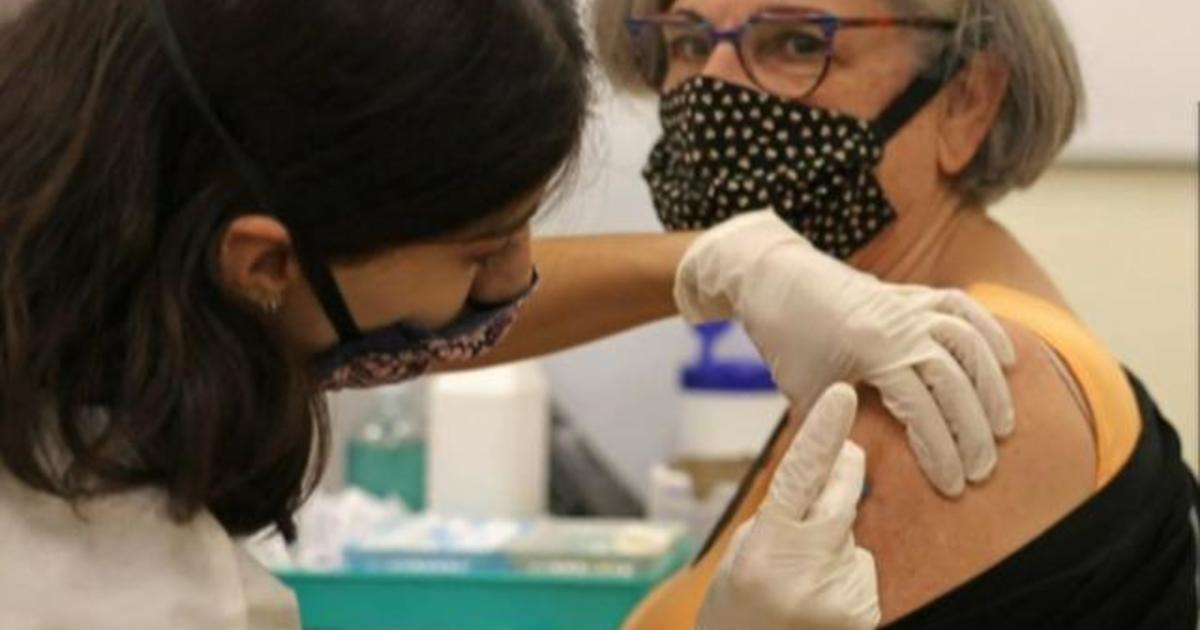 Side effects reported after a third dose of a COVID-19 vaccine from Pfizer or Moderna so far appear similar to the second dose, the Centers for Disease Control and Prevention said Wednesday, suggesting “no unexpected patterns of adverse reactions” from the booster shot, based on early data on use of the shots in the real world.

The findings were published Tuesday in the agency’s Morbidity and Mortality Weekly Report, analyzing responses from 12,591 Americans who completed the CDC’s “V-safe” survey after receiving an additional dose of vaccine.

Like with the second dose, the agency said most side effects reported by recipients of a third dose of the mRNA vaccines “were mild or moderate.” Most were reported to occur on the day after vaccination.

Local reactions around the spot where the shot was given — like itching, pain, redness and swelling — were “slightly increased.” “Less common” after the third dose were systemic reactions, which can include side effects like fever and headache.

“This report includes some of the data of our early experience with third doses that FDA and CDC reviewed when they made their recommendations about boosters,” CDC Director Rochelle Walensky told reporters Tuesday at a White House press briefing.

The CDC’s data echo similar findings by health authorities abroad in countries that have already rolled out booster shots of Pfizer’s vaccine, like the United Kingdom and Israel.

Pfizer also reported similar results from its trials of a booster dose, saying reactions were “mostly mild to moderate and short-lived” in a submission to the Food and Drug Administration‘s vaccine advisers. The company’s initial trials of the vaccine found some side effects were more common after the second dose compared to the first, like fever and redness around the injection site.

“We will continue to evaluate data as it becomes available in real time and with urgency, and update our recommendations to make sure that all of those at risk have the protection they need,” said Walensky.

At least 3.4 million people in the U.S., according to the CDC, have so far “received an additional dose” of a COVID-19 vaccine since August 13th, when the third shots were first allowed for use in some immunocompromised people. The study’s data only includes reports through September 19th, before Pfizer’s booster shots were greenlit for a broader swath of Americans.

The CDC’s V-safe findings do not directly address cases of rare but more serious potential reactions from a booster shot like myocarditis, a type of heart inflammation that most patients recover from.  Some younger recipients — especially males under 30 years old — appear to be at higher risk of developing it after shots of the mRNA vaccines.

No cases of myocarditis were reported in Pfizer’s clinical trial and only one case was so far reported in Israel after a booster shot, at the time the CDC’s advisers were deliberating over booster shots last week.

“Potential risks of an mRNA COVID-19 booster dose include the rare risks of myocarditis and pericarditis, particularly in males aged <30 years, and the even rarer risk of anaphylaxis (the rate of anaphylaxis after a booster dose is not yet known),” the CDC said in new guidance published Monday about the booster shots.

While the CDC and FDA have recommended and authorized booster shots for older adults and those at risk of severe COVID-19, health officials have urged younger healthy adults who qualify to weigh the benefits and risks before an additional shot.

“I have seen some of the questions from folks related to this that this is going to be tricky, and we get that. But we really want to provide the opportunity for people to make these decisions and assess their own circumstances, because blanket rigid recommendations also aren’t going to serve the needs of our patient populations,” Dr. Erin Tromble, chief medical officer for the CDC’s vaccine task force, told providers at a webinar hosted by the Infectious Diseases Society of America on Saturday.

The CDC’s new report does not reach any conclusions about side effects in people who received an unauthorized booster shot, like those who were first vaccinated with Johnson & Johnson’s Janssen vaccine, or for “mix-and-match” booster shots.

The National Institutes of Health is expected to release early findings soon from its trials scrutinizing the safety and efficacy of “mix-and-match” boosters, also known as “heterologous” boosting. The agency has already shared some preliminary data from its trials with the FDA and the CDC’s vaccine advisers on giving Moderna booster shots to people first vaccinated with Johnson & Johnson or Pfizer’s vaccines.

“As with all things we do, they must be submitted to the FDA for their regulatory approval. So you don’t want to get ahead of the FDA, but at least that’s where the data are right now,” Fauci said.