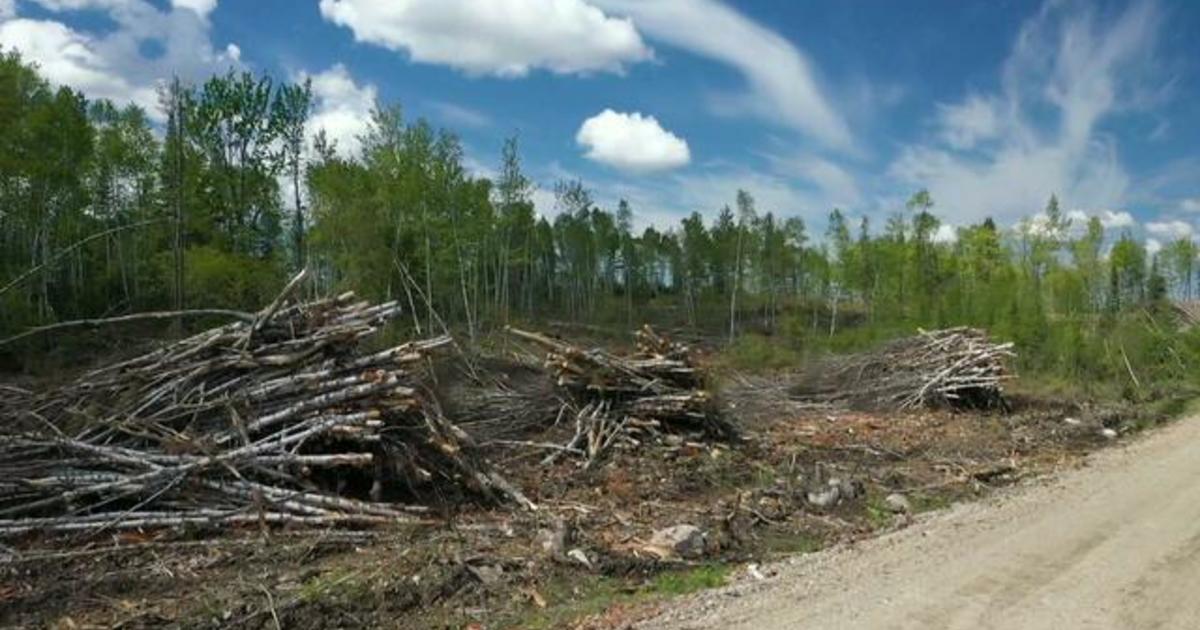 Procter & Gamble makes some of the most popular paper products in America including Charmin Toilet Paper.

Some environmental groups have been hammering P&G about its environmental policies for years. But two descendants of one of the company’s founder are pushing to change how those products are made.

29-year-old Justine Epstein and her 26-year-old brother Jules Feeney are proud sixth-generation descendants of James Gamble, who began the company with William Procter.

“We grew up always knowing, as far back as I can remember, that we were related to the founders of Procter & Gamble,” Epstein told CBS News’ consumer investigative national correspondent Anna Werner.

“It’s still really a shock in some ways to realize just how far-reaching their products really are,” Feeney said.

That growth has benefited them but more recently brought concerns about their family’s legacy. After they started to see some Procter & Gamble products on boycott lists, Epstein said she “wanted to know more.”

Some of the wood pulp used to make the toilet paper comes from Canada’s Boreal Forest, one of the world’s remaining intact forests considered key in the fight against climate change.

“The absurdity of cutting down such an essential ecosystem for a product that we will use one time and it will go into our septic systems or into the sewage to me is really just absurd,” said Feeney.

That’s one reason they say they decided to speak out for the very first time.

“I understand the way that corporations behave. I know that their bottom line is profit,” Epstein said.

“But in this case it’s personal,” Werner replied.

“Yeah. It’s easy to eye-roll at a big corporation and say, ‘We can’t do anything about it.’ In our case, we looked at each other and were, like, ‘We can,” said Epstein.

Last October, the pair sent out a letter to P&G’s Chief Executive Officer, David Taylor. In the letter, shared exclusively with CBS News, they wrote that they “take pride” in the company’s “innovations.”

But they went on to say that they “are deeply concerned to learn that their production is coming at a terrible price to the planet and its inhabitants.”

88 descendants from both the Procter and Gamble families signed it, asking P&G to “take full responsibility to address its impacts on forests, communities, and the climate crisis.”

“So you wrote this letter,” Werner asked.

“We actually requested in that letter to meet with the CEO,” Epstein said.

But instead of a meeting with Taylor, they say P&G offered a “presentation.” But Feeney said that’s not what they wanted.

29-year-old Justine Epstein and her 26-year-old brother Jules Feeney are proud sixth-generation descendants of James Gamble, who began the company with William Procter.

P&G officials confirmed no meeting with Taylor was offered but said they’ve met with descendants “on a range of important topics including responsible sourcing.”

But it’s not just the descendants urging P&G to do better. Thomas Peterson, a Green Century Equity Fund shareholder advocate, said P&G “made some changes to its forest policies” but has not addressed “fundamental issues.”

The investment firm last year put a resolution in front of P&G’s shareholders asking the company to increase its efforts to eliminate deforestation. One of those ways is using more recycled materials.

“They are not changing their plan to continue sourcing 100 percent virgin fiber for their tissue products. And that’s a major source of concern for us that they haven’t changed there,” Peterson said.

The resolution passed with 67% of shareholders approving it. Epstein called the move “unprecedented.”

P&G said it’s “focused on developing innovations” but needs to keep using virgin forest fiber for its toilet paper. They added that not doing so would “hinder our ability to make paper products…significantly impacting our business.”

Epstein and Feeney said they’ll keep pushing for the “family business” to change.

“We wanna be able to say, “Hey, this is a company that we can be proud of being descended from,” Epstein said.

“What do you think James Gamble would think? Werner asked.

“I would like to think that he’d be proud of us. I certainly hope that six generations from now that our descendants are proud of us,” Feeney replied.

P&G said it has committed to a public investment of $20 million over five years on innovation in non-wood fibers, but these descendants say with the pace of climate change, that’s not enough and it’s not happening fast enough.