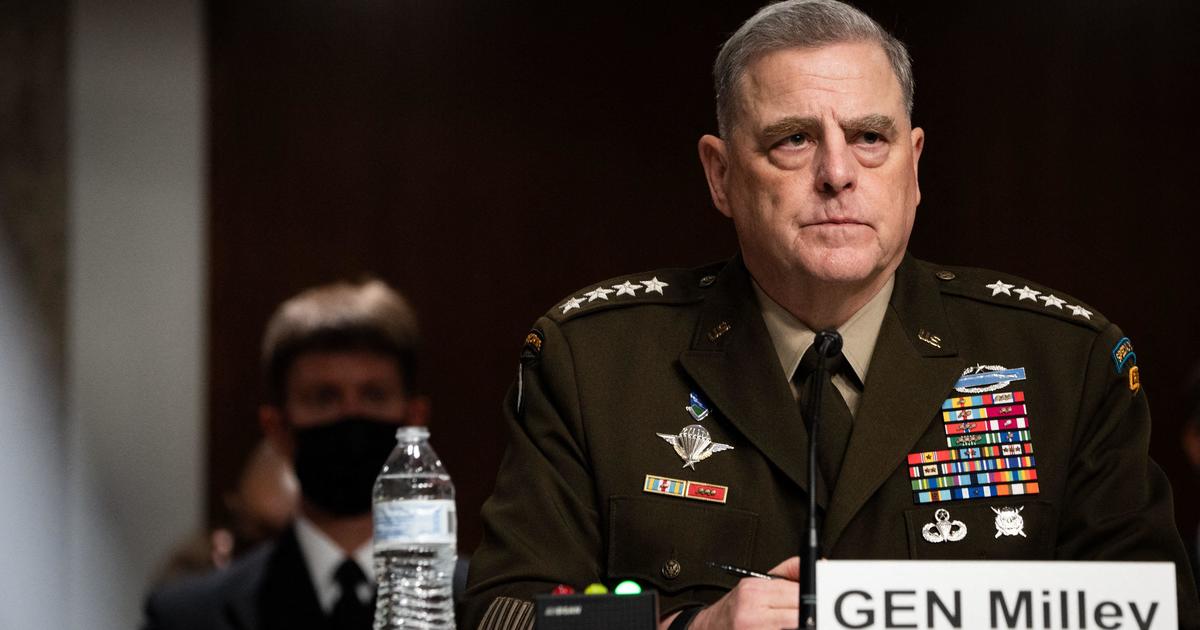 “It was a logistical success, but a strategic failure,” Milley told members of the Senate Armed Services Committee Tuesday. He suggested the war had been lost, but touted the U.S. military effort that evacuated more than 124,000 people in a massive airlift in the final weeks of the U.S. presence in the country.

The nation’s top military officials — Milley, Defense Secretary Lloyd Austin and CENTCOM Commander Kenneth McKenzie — faced tough questioning, insults and calls for their resignation from Congress regarding the execution of the withdrawal in their first appearance before lawmakers since the U.S. left the country at the end of August.

Austin anticipated questions about the timing of the withdrawal in his opening statement. “Was it perfect,” he asked. “Of course not,” and he pointed out that despite this, the U.S. military helped evacuate 124,000 people.

Acknowledging that some lawmakers questioned the decision to hand over control of Bagram Air Base, the largest U.S. military base in the country, in early July, Austin said that keeping it open would essentially have meant the war would be extended, by virtue of the number of troops it would require to maintain it.

Mississippi Senator Roger Wicker, a Republican, reminded Milley that he had said in 2020 that an accelerated withdrawal could damage U.S. credibility. Milley responded, “I think ‘damaged’ is one word that can be used, yes.” The defense secretary, however, told senators, “I think our credibility remains solid.”

Milley also discussed the strategic military lessons that needed to be learned by the U.S. Afghan security forces, he said, were “too dependent on technology, too dependent on our capabilities, we didn’t take in the cultural aspects perhaps as much as we should have.” Later, he added that a lesson from both Vietnam and Afghanistan was “don’t Americanize the war.”

Asked about the number of American civilians who are still stranded in Afghanistan, Austin said that there were under 100 Americans who would like to leave and are ready to go, and he noted that 21 Americans left Afghanistan Tuesday.

President Biden announced in April he would order the withdrawal of all U.S. troops and end the 20-year war in Afghanistan by the anniversary of the 9/11 terror attacks, a date he later moved up to August 31. But that plan to move out not just the U.S. military, but also hundreds of Americans and thousands of vulnerable Afghans who had helped the U.S. during the war, was largely dependent on the belief that the Afghan government would remain in power throughout the withdrawal.

Mr. Biden authorized sending 6,000 troops — more than double the 2,500 that were in Afghanistan when the withdrawal began in May — into Kabul to evacuate U.S. personnel and vulnerable Afghans ahead of the August 31 deadline.

On August 26, an attack by an ISIS-K suicide bomber killed 13 U.S. service members and over 150 Afghan civilians, marking the deadliest day for the U.S. military in over a decade.

In an attempt to prevent more attacks in the final days of the withdrawal, U.S. Central Command conducted an airstrike that turned out to be a tragic mistake. The strike killed 10 innocent civilians, including seven children.

Ultimately, the U.S. military helped evacuate over 124,000 people but left many behind.

Another subject — recent books that include anecdotes about Milley’s actions during the Trump administration — was the subject of some of the questioning by Republican senators on the committee.

Milley’s concern about former President Trump’s actions in the waning days of his administration have made it into three new books, including “Peril,” by Washington Post reporters Bob Woodward and Robert Costa. In “Peril,” Woodward and Costa outline two phone calls Milley made to his Chinese counterpart assuring him the U.S. had no intention of striking. In “Frankly, We Did Win This Election,” Wall Street Journal reporter Michael Bender wrote that Milley refused Mr. Trump’s suggestion that the military should “crack some skulls” and even shoot protesters demonstrating after George Floyd’s death.

The chairman of the joint chiefs, asked by GOP Tennessee Senator Marsha Blackburn whether he had spoken to the authors of the books, affirmed that he had, though he declined to weigh in on their accuracy — “I haven’t read any of the books,” he told senators.

He has already faced criticism over these anecdotes. In a statement, a spokesman for Milley said, “His calls with the Chinese and others in October and January were in keeping with these duties and responsibilities conveying reassurance in order to maintain strategic stability.”

House lawmakers will hear from Austin, Milley and McKenzie on Wednesday.