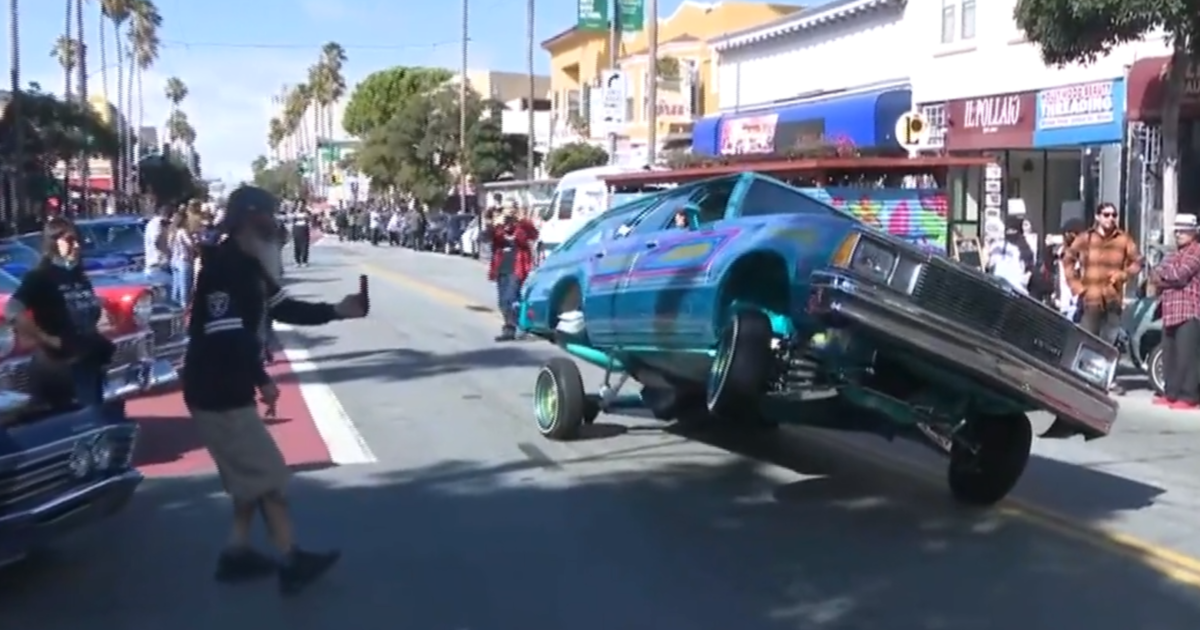 Cruising San Francisco’s Mission District in Roberto Hernandez’s 1964 Chevy lowrider is both a thrill and a journey through a civil rights struggle.

“Lowriding was labeled as bad boy behavior. We were stereotyped. ‘How can they afford these kinds of cars? They must be selling drugs,'” he said.

Hernandez, who founded the San Francisco Lowrider Council in 1981, said he has been arrested 113 times for riding around in the car. He founded the group as a form of resistance against police treatment of Latinos. The treatment led him to file a lawsuit in federal court. “Being brutally beaten on the street and inside the police station, I was done,” he said.

Hernandez won the lawsuit, and 40 years later he’s curated a museum exhibit to celebrate young Latinos who made flashy cars that rode low, hopped and danced on three wheels.

The exhibit, which opened earlier this month at the Mission Cultural Center for Latino Arts, showcases the history of lowrider resistance through photos, vehicle parts, news articles and more.

“We’ve become role models for other people in our community because we are human beings and we got it, we got heart, we got soul, we got spirits,” Hernandez said.