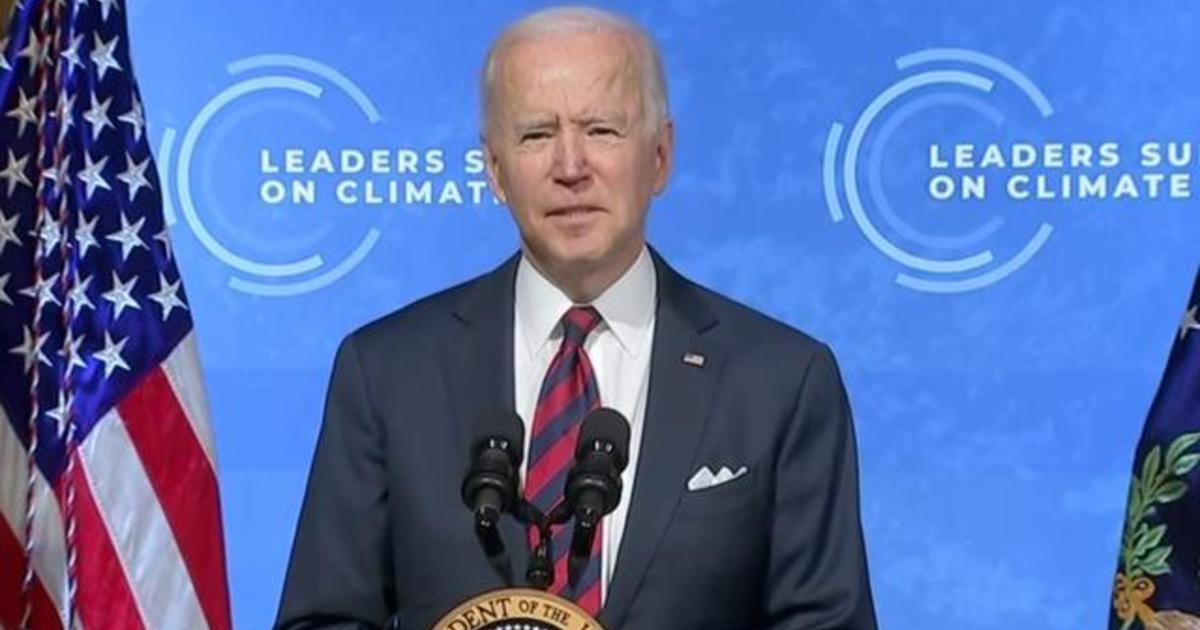 In just five weeks, the United States will participate in a crucial global climate summit as the country seeks to reestablish its credibility and leadership on the issue, all the while keeping pressure on China, the world’s biggest polluter, to commit to bold change.

If Congress doesn’t pass legislation that supports the administration’s climate proposals before then, that could all be at risk.

Members of the Biden administration have made it clear that they wish to lead the world in the climate fight. The most notable platform for that effort is the United Nations Climate Change Conference, November 1-11 in Glasgow, Scotland. Signing climate provisions into law would boost that effort.

“American leadership is critical and we’ve seen that if you just look at history. When we’ve made significant progress on the international front, it’s been with a critical role played by American leadership,” said Nat Keohane, president of the Center for Climate and Energy Solutions and former special assistant to the president for energy and environment in the Obama administration.

The White House is under pressure to pass two doctrine-defining pieces of legislation this week: A $1.2 trillion infrastructure bill and $3.5 trillion spending package, both of which would make major investments toward fighting the climate crisis.

Both pieces face major hurdles with a slim Democratic margin in the Senate and in-party opposition, all while Congress looks to avoid a government shutdown and defaulting on loans. Speaker Nancy Pelosi has scheduled a vote on the infrastructure bill Thursday, while no budget vote has yet been scheduled.

President Joe Biden’s policies aim to make the country’s infrastructure more climate resilient and spur a national transition into a green economy, helping reach the president’s goal of reducing greenhouse gas emissions by 50% from 2005 levels by 2030 and achieving net-zero emissions economy-wide by 2050.

That goal is part of the United States’ commitment to the Paris Agreement, the 2015 global climate charter that Mr. Biden rejoined earlier this year.

On a global stage, the U.S. must set and achieve ambitious climate goals not just to maintain the U.S. standing as a superpower, but because America is historically the world’s top producer of fossil fuels. And after President Donald Trump pulled out of the Paris Agreement, the new administration carrying a legislative victory into the summit would help restore America’s climate cachet abroad.

If the bills are still up for debate by November but remain unpassed, the biggest concern is the impact that would have on China’s actions at this summit and beyond, said Todd Stern, former U.S. special envoy on climate change and President Barack Obama’s chief climate negotiator on the Paris Agreement.

While America has historically produced the most fossil fuels, China is the world leader in emissions. The country is responsible for nearly 30% of global carbon, twice the U.S total and more than the European Union, India, Russia and Japan combined.

Stern said he has already seen senior Chinese officials “deflect pressure” off their goals by pointing out Washington gridlock. And in the future, if Mr. Biden’s infrastructure and budget bills are dead in the water, “You’ll hear a lot more of that [from China],” he said.

On the ground in Glasgow, the United States will be “one of two gorillas in the room,” said Christiana Figueres, co-founder of Global Optimism and former U.N. secretary who was responsible for leading the summit where the Paris Agreement was signed.

The other is China.

At the 2014 summit, Figueres said, negotiators were at an impasse until Chinese officials and then-Secretary of State John Kerry worked together on a solution — and all parties followed in support, highlighting the influence the two nations have on a global scale.

Figueres said the United States has already reasserted its leadership with recent measures to double funding for global climate aid and proposing new aggressive goals at a White House climate summit earlier this year. What’s less critical for global leaders are “under the hood” congressional machinations and more so America’s renewed presence in the climate fight, she said.

America and the Biden administration will be under a microscope in Glasgow, Figueres said.