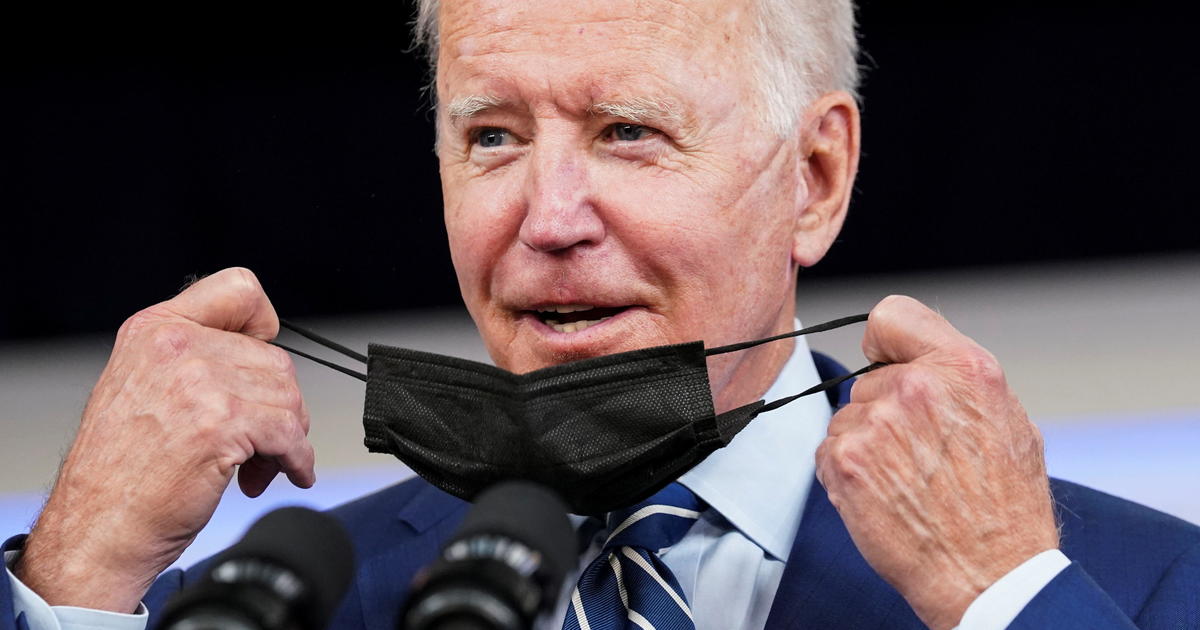 Washington — President Biden received his COVID-19 vaccine booster shot on Monday, after public health officials recommended boosters for many Americans, including those 65 and older. Mr. Biden, 78, got his third shot on camera, and delivered brief remarks before his jab.

The Food and Drug Administration granted an emergency use authorization last week for booster doses of Pfizer’s COVID-19 vaccine six months after the completion of the two-dose course for those 65 and older, those with some underlying conditions and those who work in high-risk environments. The Centers for Disease Control and Prevention also recommended a booster shot for those groups of people.

On Monday, Mr. Biden emphasized that even though booster shots are important, getting fully vaccinated with the two-dose regimen is even more so.

“Let me clear. Boosters are important. But the most important thing we need to do is get more people vaccinated,” the president said before getting his jab. “The vast majority of Americans are doing the right thing. Over 77% of adults have gotten at least one shot. About 23% haven’t gotten any shots, and that distinct minority is causing an awful lot of us, an awful lot of damage for the rest of the country. This is a pandemic of the unvaccinated. That’s why I’m moving forward with vaccination requirements wherever I can.”

The president said he thinks the U.S. is “awful close” to having enough people vaccinated in some industries, while saying he’s not a scientist.

“But one thing’s for certain. A quarter of the country can’t go unvaccinated and us not continue to have a problem,” he said.

Mr. Biden is traveling to Chicago Wednesday to talk about the importance of businesses instituting their own vaccine requirements. The Biden administration will require businesses with 100 or more employees to have employees get vaccinated or get tested weekly.

The president, who received his second dose of the vaccine in January, told reporters he didn’t have side effects from his first or second shot.

Public health officials have not recommended booster shots for the general public, something the White House earlier this summer had said would be available for all Americans this month. The White House still says there will be enough vaccine doses for all Americans to receive a booster shot, should public health officials’ recommendations change.

“Well, I think what’s going to happen is you’re going to see that, in the near term — or we’re probably going to open this up anyway,” he told reporters after a speech on the administration’s vaccination campaign. “They’re constantly looking at — we’re looking at both Moderna and J&J. And we’re both — as I said in the speech — in addition to that, we’re also looking to the time when we’re going to be able to expand the booster shots, basically, across the board.”