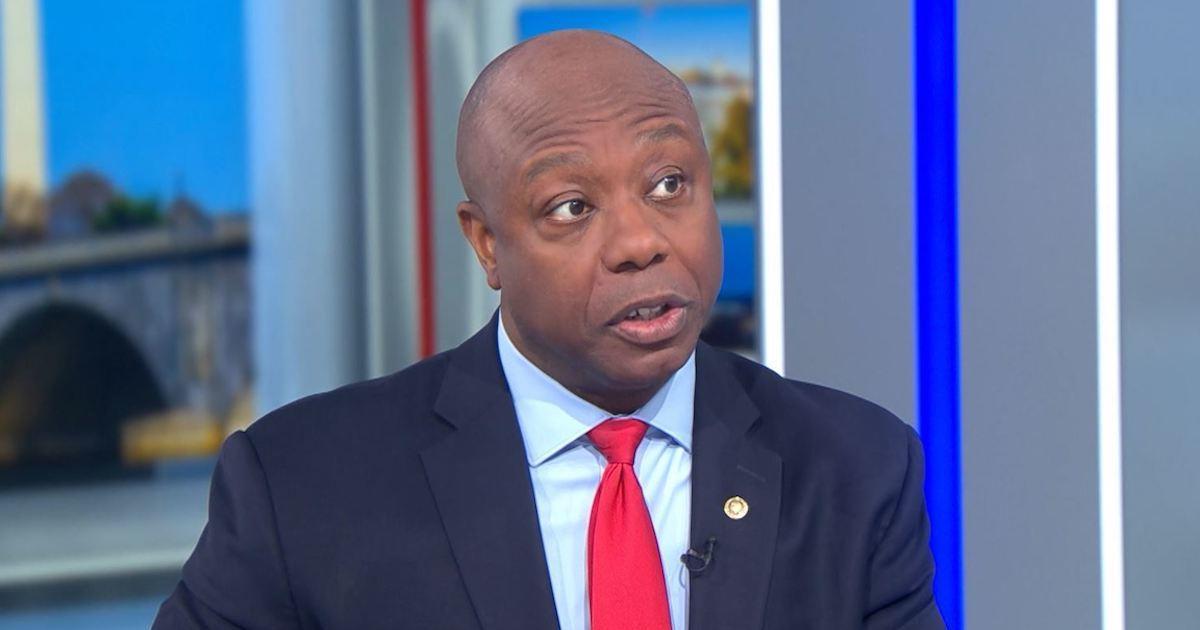 The following is a transcript of an interview with Senator Tim Scott that aired on Sunday, September 26, 2021, on “Face the Nation.”

MARGARET BRENNAN: What happened? This country was supposed to be at a moment of reckoning at the relationship between police and the Black community. Why did you miss the moment?

SEN. SCOTT: I’m not sure why they missed the moment. I have been at this table twice already. They’ve walked away twice. They did this a year ago and they’re doing it again now.

MARGARET BRENNAN: For the failure of police reform.

MARGARET BRENNAN: But you just detailed all of those points of- of agreement.

MARGARET BRENNAN: Senator Cory Booker, who was your partner in this–

SEN. SCOTT: But both times, the person- the folks that left the table were the Democrats. Let’s just be clear that we have stayed at the table. We said simply this: ‘I’m not going to participate in reducing funding for the police after we saw major city after major city defund the police.’ Many provisions in this bill that he wanted me to agree to limited or reduced funding for the police. That’s a lose-lose proposition. When you reduce funding for police, you actually lose lives in the communities. Our approach was a win-win approach. We want the best wearing the badge and we want the vulnerable protected. So when you tie funding losses in this legislation, you should expect an allergic reaction from me.

MARGARET BRENNAN: So that’s not cutting funding. It might be allocating it in different ways.

SEN. SCOTT: Actually, here’s what we know. We have about a billion dollars in grant money that goes to police. When you start saying in order to receive those dollars, you must do A, B and C. And if you don’t do A, B, and C, you literally lose eligibility for the two major pots of money the Byrne grants and the COP grants. When you tell local law enforcement agencies that you are ineligible for money, that’s defunding the police, there’s no way to spin that. You can spin it by saying–

MARGARET BRENNAN: But this would codify the Trump executive orders.

SEN. SCOTT: The Trump executive order I actually agree to.  What I did not agree to was the cuts that come from noncompliance. When you say once again that in order for you to receive the money for the Byrne grants or the COP grants, you must do the following, and if you don’t do the following you lose money — that’s more defunding the police. We saw that tried throughout the country.

MARGARET BRENNAN: You do want to cut funding for underperformance, is what you’re saying?

MARGARET BRENNAN: You would want to increase to police departments that aren’t doing what they are supposed to be doing?

SEN. SCOTT: Let’s look at- let’s look at what we’re asking for. What the Democrats asked for was a simple thing. They asked for more reporting on serious bodily injury to death. I said, that’s a great idea. When they wanted to nationalize local policing, I said, that’s a bad idea. When they say that every single traffic stop in this country must be reported to the federal government, whether it’s a traffic ticket or stopping someone on the- on the streets of New York or Charleston – every single time that you have any interaction, for the federal government to be in charge of all that information, I say, let’s do it, but let’s do it voluntarily.

MARGARET BRENNAN: People at home watching this say this was a moment that was missed. This just looks like it’s playing politics again. I mean,–

MARGARET BRENNAN: But what about Republicans here? Because I know you’re saying you’re at the table-

SEN. SCOTT: We’re at the table-

MARGARET BRENNAN: You are at the table, but when you’re coming back to defunding police,–

MARGARET BRENNAN: which is a very effective political line–

SEN. SCOTT: No. It’s actually part of their legislation. Now, MARGARET, if we’re going to be fair to the American people to get the whole story–

MARGARET BRENNAN: But to- but let me just finish my question.-

SEN. SCOTT: –You have to allow me to have a conversation about the issue that I’ve been working on for the last two years.-

MARGARET BRENNAN: –Well let me ask you the question.–

SEN. SCOTT: I’m going to give you the answer to defunding the police.–

MARGARET BRENNAN: –Which is– but isn’t this just Republican not wanting to look like they are being soft on crime ahead of the 2020 races?

SEN. SCOTT: Of course not, that’s the answer to the question. No.

MARGARET BRENNAN: Was that part of your calculation at all?

MARGARET BRENNAN: The issue that for- for you sunk all of this had to do with funding related to data collection about traffic stops at the national level?

SEN. SCOTT: Absolutely not. I gave you you asked me for specificity. I gave you an example.–

MARGARET BRENNAN: There were other things-

SEN. SCOTT: There were eight or- eight or nine issues- eight or nine parts of the bill were the answer the Democrats put on the table was reducing the funding to the police. When you have one issue, we can work that out. When you have eight different areas of the legislation that reduces funding, that’s a different conversation. Now you’re talking about defunding the police. You may not like that as a statement, but it’s actually what you can read in the language of the bill.

MARGARET BRENNAN: But Senator Booker has said on MSNBC–

SEN. SCOTT: All you have to do is actually read the areas of the bill that actually reduce the funding–

MARGARET BRENNAN: So obviously, that’s a big point of disagreement between the two of you and the interpretation.

SEN. SCOTT: Only if you can’t read.

SEN. SCOTT: I’m only saying that if you read the legislation, it’s pretty simple. This is not something that I’m making up and we can debate our facts. We can actually say, in several different areas of the bill, it reduces funding.

MARGARET BRENNAN: I want to also ask you about immigration. You didn’t seem to have a problem when President Trump adopted Title 42, which allows for those migrants crossing the border to be expelled without first being guaranteed asylum hearings. This was all justified under the pandemic. The Biden administration kept those things in place. Do you have a problem with what the Biden administration is doing with the expulsion of migrants now?

MARGARET BRENNAN: So you, when it comes to this question of the Haitian migrants that the- the White House has basically said it’s embarrassed about what has happened in the past week and a half, do you think that it’s justified? And what you have seen on camera with some of these thousands of Haitian migrants being forcibly expelled, some of them rounded up by men on horseback, is what you’re seeing humane?

SEN. SCOTT: I think President Biden and his administration owns a crisis that they’ve created at the border, the humanitarian crisis that’s unfolding before every eye in the- in the American public–

MARGARET BRENNAN: But it’s the same policies under the Trump administration.

SEN. SCOTT: The treatment obviously is different. That’s why his people have resigned from their post. It’s the responsibility of the president–

MARGARET BRENNAN: The envoy for Haiti, you’re talking about there.

SEN. SCOTT: Thank you. It is the responsibility of the president to secure our borders. President Biden has not done so. The crisis of his own making looks very similar to the one that he made in Afghanistan, the one we’re experiencing right now with taxing, the one we’re experiencing with spending. So yes, this president should do a much better job of avoiding crises that are avoidable.

MARGARET BRENNAN: Just a button that up though, the president has said those people he’s talking about, the men on horseback who at times it looked like they were whipping some of these Haitian migrants who were running, he said, “I promise you those people will pay.” Those agents- should those agents pay? Did what those agents do look wrong to you?

SEN. SCOTT: I certainly think he should hold accountable his agency- his agency. Absolutely.

MARGARET BRENNAN: We have invited Senator Booker to appear next week to respond to Senator Scott, we’ll be right back.