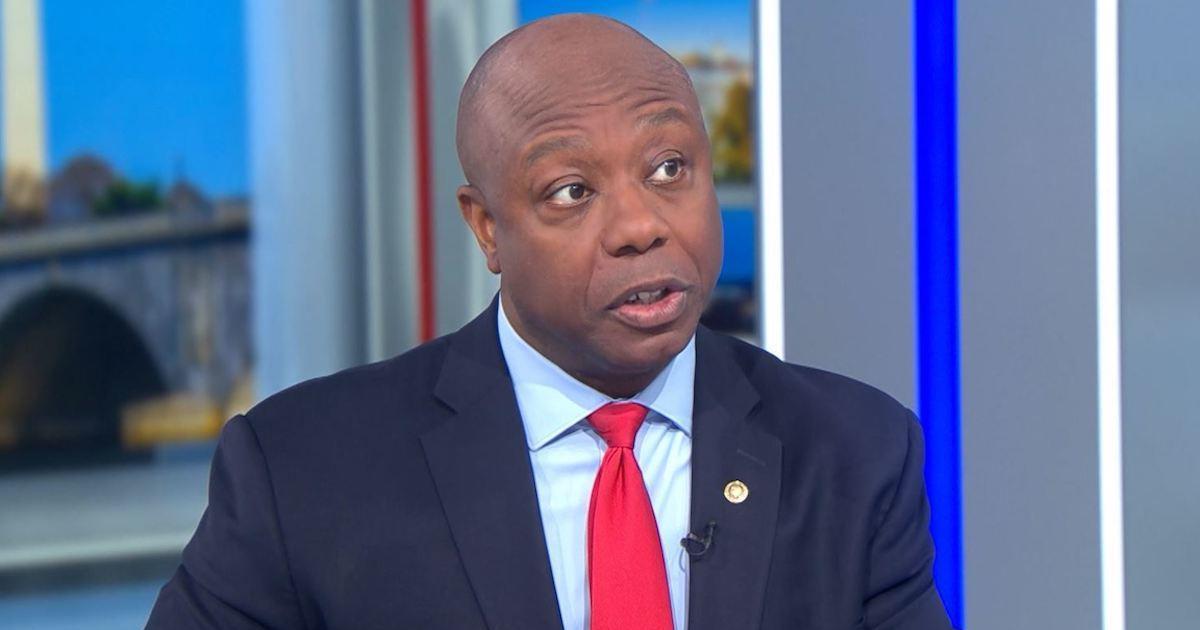 Senator Tim Scott is blaming Democrats’ push to cut funding to law enforcement for the collapse of bipartisan police reform negotiations on Capitol Hill. Earlier this week, President Biden blamed the failure of the deal on Republicans in Congress and claimed they had “rejected enacting modest reforms, which even the previous president had supported.”

“We said simply this: ‘I’m not going to participate in reducing funding for the police after we saw a major city after major city defund the police.’ Many provisions in this bill that he wanted me to agree to limited or reduced funding for the police, ” the Republican from South Carolina said Friday during an interview with CBS News chief foreign affairs correspondent and “Face the Nation” moderator Margaret Brennan. More of the interview will air on Sunday’s “Face the Nation” broadcast.

Scott, the top Republican negotiator on the issue, had been working on a deal with Senator Cory Booker and Representative Karen Bass for more than a year. The push for reform was boosted, at least initially, by the civil rights protests that swept the country last summer following the killing of George Floyd by a police officer in Minneapolis. But in the end, the differences between the two parties proved too wide to bridge.

“We want the best wearing the badge, and we want the vulnerable protected,” Scott said Friday. “So when you tie funding losses in this legislation, you should expect an allergic reaction from me.”

Brennan pointed to Democrats’ arguments that the bill would not lead to a net decrease of funds since it would increase funding for mental health resources, data collection, officer recruitment and body cameras.

A document outlining the legislation and Booker’s “minimum requirements” for the policing reform bill has been obtained by CBS News. According to the document, the bill would enact bans on practices like chokeholds and no-knock warrants, limit the transfer of military equipment to local police departments and strengthen federal data collection and oversight. The document also outlined several reforms departments would be required to adopt “to remain eligible for COPS and Byrne grants.”

“Here’s what we know,” Scott said. “We have about a billion dollars in grant money that goes to police. When you start saying, ‘In order to receive those dollars, you must do A, B and C. And if you don’t do a B and C, you literally lose eligibility for the two major pots of money — the Byrne grants and the COP grants.’ When you tell local law enforcement agencies that you are ineligible for money, that’s defunding the police, there’s no way to spin that.”

“But this would codify the Trump executive orders,” Brennan said, referring to former President Trump’s June 2020 actions that imposed a variety of similar reforms on police departments across the country. Mr. Trump’s executive orders, like the legislative proposal that collapsed this week, also tied federal grant money to departments’ adoption of reforms.

“The Trump executive order I actually agree to,” Scott replied. “What I did not agree to was the cuts that come from noncompliance.”

“All you have to do is actually read the areas of the bill that actually reduce the funding…that’s available,” Scott said.

“So obviously, that’s a big point of disagreement between the two of you and the interpretation,” Brennan said, referring to Scott and Booker.

“Only if you can’t read,” Scott said.

“I’m only saying that if you read the legislation, it’s pretty simple,” Scott replied. “This is not something that I’m making up, and we can debate our facts. We can actually say, in several different areas of the bill, it reduces funding.”

Tune in Sunday for more from the interview with Scott. Check your local listings for airtimes.