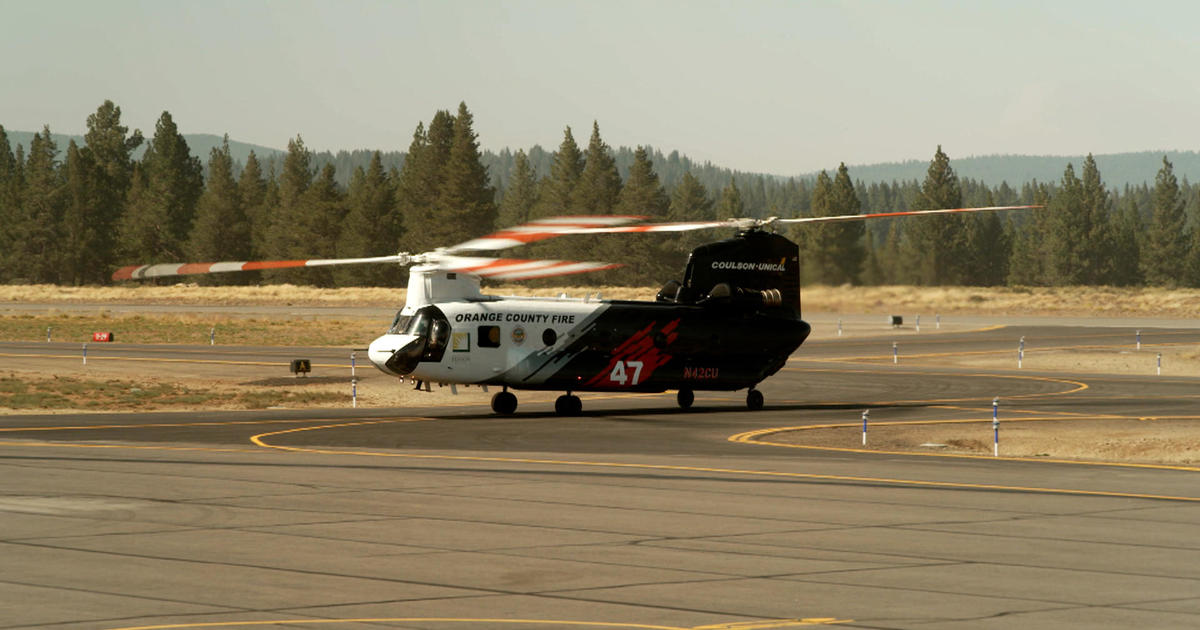 California firefighters battling some of the worst wildfires in state history have a new weapon: A fleet of hi-tech helicopters – including the giant Chinook helitanker – that, for the first time, will fight fires at night. The Chinook is the largest helicopter to ever fight fires at night, capable of dropping 3000 gallons – about ten times what other firefighting helicopters can do. For overworked and under-resourced fires chiefs, there’s hope the new fleet will be a game-changer.

Bill Whitaker reports from California on this new development on the next edition of 60 Minutes, Sunday, September 26 at 7 p.m. ET/PT on CBS.

Dubbed the “Quick Reaction Force,” the fleet works in pairs. A command helicopter uses advanced night vision technology and infrared cameras to see through the smoke and map the fire, guiding the Chinook to the best drop zone. It couldn’t have come at a more critical time. California is on track for one of the most intense fire years in its history. Firefighters haven’t had a day off in months. Fire chiefs warn there aren’t enough aircraft to go around.

“You know, we’re at the point where if we were to send much more, we’re going to have firehouses that are empty. And for the people that we’ve sworn to serve, you know, our taxpayers, it’s not acceptable,” says Orange County Chief Brian Fennessy. “Everything is stretched.”

Fennessy says the intensity of the fires demands a new approach to fighting them, including fighting at night.

“The ability to lay retardant line, to continue to drop fire retardant after sundown, that’s a first,” he tells Whitaker. And there’s an added advantage: the fires usually die down at night because of decreased wind and increased humidity.

Wayne Coulson, the CEO of Coulson Aviation, is a pioneer in night firefighting. His company built the fleet with its specially designed tanks that carry either water or retardant. Computers control the tank’s doors, opening and closing at precise GPS locations.

“We can fly the aircraft to those GPS points and the doors will automatically open and close between those points,” Coulson says.