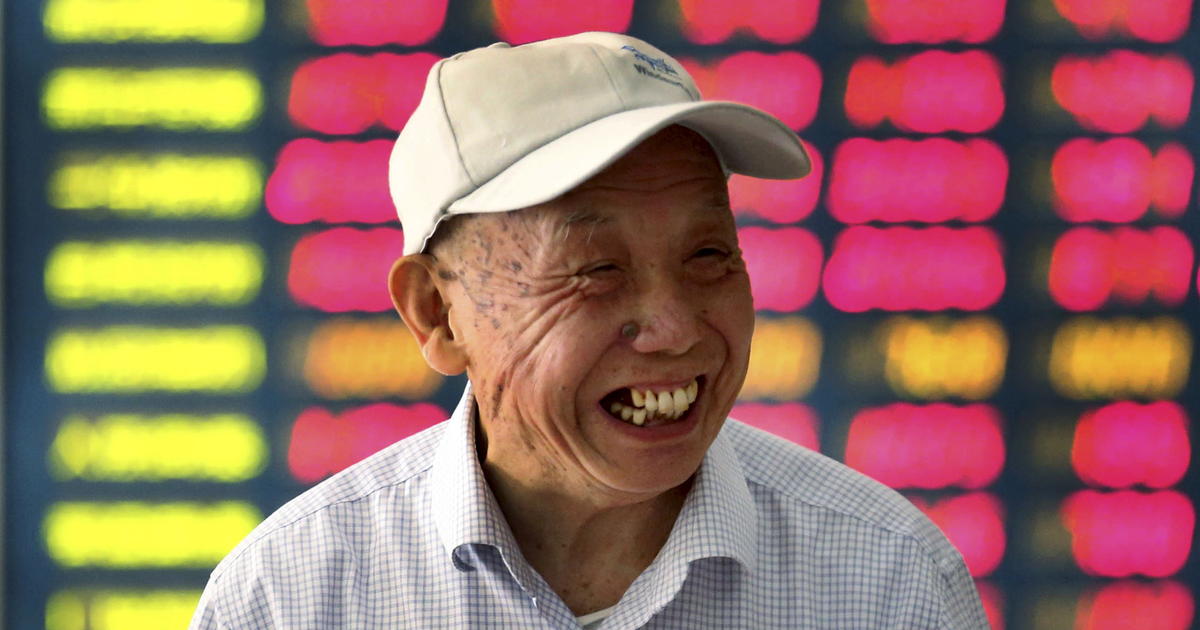 Signs that a struggling Chinese real estate firm will make a promised payment to bondholders buoyed investors, with U.S. financial markets set to continue rebounding after a steep fall earlier this week.

Evergrande Group said it will pay interest due Thursday to bondholders in China, which would help the property developer avoid defaulting on billions of dollars in debt. Concerns that the company’s collapse could slam Chinese banks and rattle the country’s vast real estate market have roiled global financial markets.

Evergrande’s billionaire founder, Xu Jiayin, expressed confidence in a letter to employees this week that the company will quickly resolve its debt problems.

Economists say Beijing can prevent a Chinese credit crunch but wants to avoid appearing to arrange a bailout while it tries to force other companies to reduce reliance on debt. For now, the Chinese government has remained silent about whether it might intervene to restructure Evergrande Group’s $310 billion debt.

Evergrande appears to be trying to buy time for “an orderly default rather than a shocking implosion” by paying bondholders in China on time while skipping payments abroad, said Vishnu Varathan of Mizuho Bank in a report.

As of June 30, Evergrande reported 2 trillion yuan ($310 billion) of outstanding debts to bondholders, banks, construction contractors and other creditors. Of that debt, 240 billion yuan ($37.3 billion) was due within a year, nearly triple Evergrande’s 86.8 billion yuan ($13.5 billion) in cash holdings, according to a company financial report.

If regulators get involved, they are likely to focus on protecting families that paid for apartments that are yet to be built, economists say. That would cause bigger losses for banks, construction companies and other creditors.

Deep in the red

Evergrande, which ratings agency S&P Global says is the world’s most-indebted real estate developer, said it will make a payment due on a 4 billion yuan ($620 million) bond denominated in Chinese yuan.

A company statement said details were “settled in negotiations outside the market” but gave no indication whether that meant any change in the payment. The bond has a 5.8% interest rate, which would make the normal amount due 232 million yuan ($36 million) for one year.

Evergrande did not say if it would make a separate payment of $83 million due Thursday to holders of a U.S. dollar-denominated bond that matures in March.

Evergrande appears to be favoring Chinese creditors in order to negotiate with a circle of friendly banks and other institutions that hold its debt, said Mizuho’s Varathan. He said that “optimizes relief from creditor action” in China.

A default on a bond in China would trigger a cross-default on a bond abroad but missing a payment abroad doesn’t have the same effect with in China, according Varathan. He said it would be harder to renegotiate with a “diverse and dispersed” investor pool abroad.

China’s main stock market benchmark, the Shanghai Composite Index, closed 0.4% higher following the announcement. Hong Kong financial markets, which have been jolted by Evergrande’s predicament, were closed for a holiday.

Some commentators suggest Evergrande might become China’s “Lehman moment,” referring to the failure of Wall Street bank Lehman Brothers, a forerunner to the 2008 crisis. But economists say the risk of global market contagion is low.

“Evergrande’s troubles are no Lehman moment, but they do pose a significant risk of international contagion across emerging markets, which investors would be rash to ignore,” Udith Sikand, an analyst with investment research firm Gavekal, said in a report.

Evergrande has sold billions of dollars of assets to pay down debt since regulators tightened limits on borrowing by China’s real estate industry last year. The company is one of China’s biggest private sector conglomerates, with more than 200,000 employees, 1,300 projects in 280 cities and assets worth 2.3 trillion yuan ($350 billion).

Other major developers such as Vanke Co., state-owned Poly Group and Wanda Group have not reported similar problems. But hundreds of smaller developers have shut down since regulators in 2017 started tightening control over fundraising tactics such as selling apartments before construction begins.

Beijing allowed the first corporate bond default of the communist era in 2014 in an effort to force borrowers and lenders to be more disciplined. Defaults by private sector borrowers have gradually been allowed to increase, but the government has arranged bailouts for state-owned companies.

“We expect a managed restructuring of the company that prioritizes homebuyers and, after them, suppliers,” Mark Williams, chief Asia economist with Capital Economics, said in an analysis. “Bondholders face large haircuts. The company’s equity may be worth next to nothing. But policymakers will use their control of the banking system to prevent financial strains spreading beyond highly-leveraged developers.”