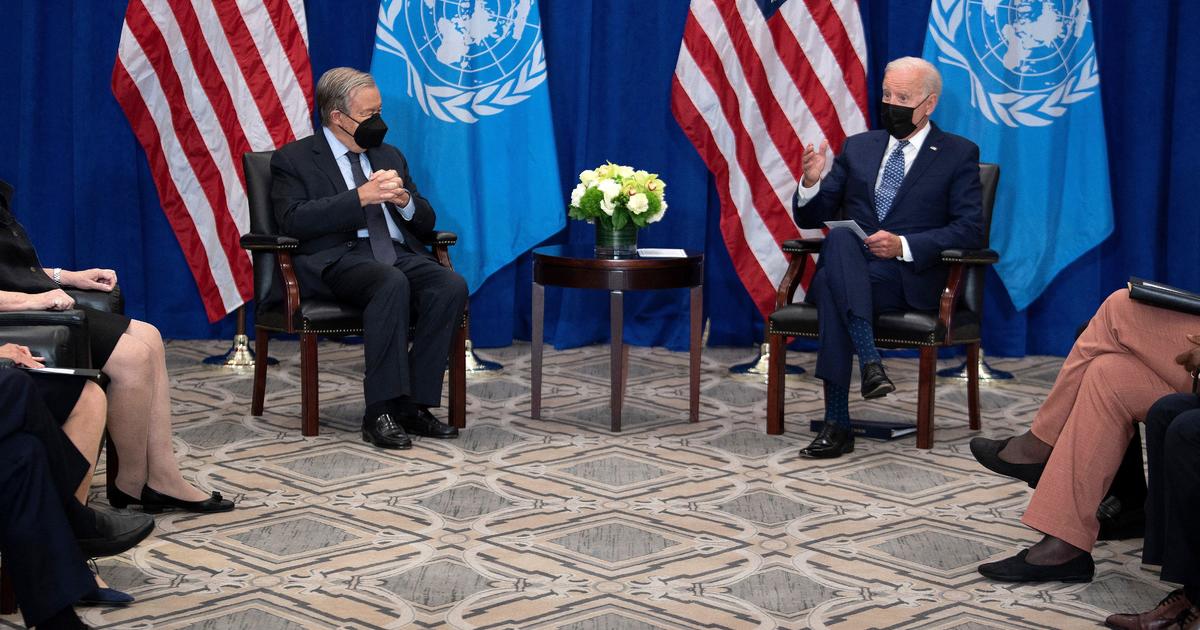 President Biden is meeting with United Nations Secretary-General António Guterres in New York Tuesday evening, after Guterres urged the U.S. and China to repair their relationship.

Guterres said earlier that the focus of the summit would be the U.S.’ “cold war” with China. Mr. Biden has been critical of China’s cooperation over COVID-19 and other issues.

But in a brief statement at the beginning of the meeting with Guterres, Mr. Biden spoke only in general terms. “The secretary-general and I share a strong commitment to the principles of human freedom and human dignity on which the U.N. was founded,” he said.

“I’m looking forward to speaking to the assembly tomorrow — what a great honor that will be,” Mr. Biden said.

On Monday, White House press secretary Jen Psaki said the U.S. “relationship with China is not one with conflict but competition” and disputed Guterres’ characterization of the relationship.

“We need to avoid at all cost a Cold War that would be different from the past one, and probably more dangerous and more difficult to manage,” Guterres told The Associated Press in an interview.

The Biden-Guterres meeting also comes as the U.S. faces the fallout from France over a submarine deal the U.S. made with Australia and the United Kingdom, and as the U.S. faces international criticism over the handling of its exit from Afghanistan.

France recalled its ambassador to the U.S. after Australia said in a joint announcement with the U.S. and U.K. that it would replace its aging submarines with nuclear-powered submarines developed by the U.S. and U.K., thereby terminating its previous agreement to buy French diesel electric submarines. Mr. Biden is expected to hold a call with French President Emmanuel Macron in the days ahead.

“The president’s going to lay out the case for why the next decade will determine our future, not just for the United States but for the global community,” Psaki said during Monday’s White House briefing. “And he will talk, and this will be a central part of his remarks, about the importance of re-establishing our alliances after the last several years.”