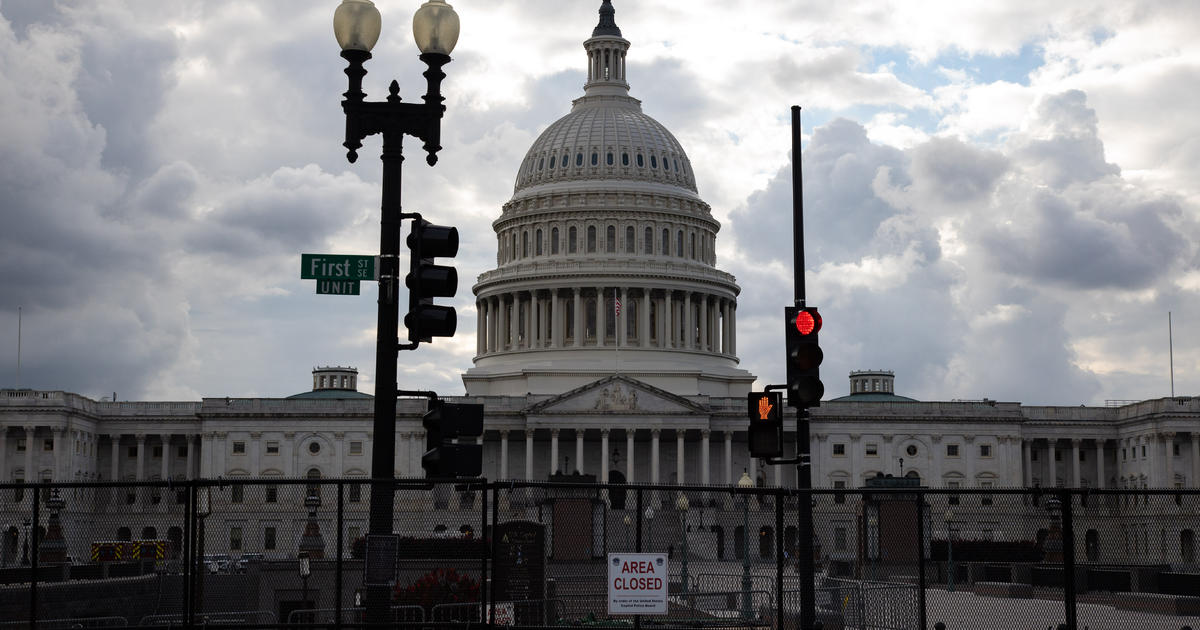 Police in Washington, D.C., say they are taking no chances as they get ready for a rally Saturday in support of rioters who stormed the nation’s Capitol in January.

More than 600 people have been charged for taking part in that deadly assault on January 6. Of those, about 60 are locked up — either awaiting trial or having already been convicted.

Capitol Hill is on high alert Saturday morning. Fencing that was removed months after the failed insurrection is back up along two streets running alongside Capitol Hill. There are also security cameras and layers of barricades, and K-9 units are patrolling nearby Union Station.

The Capitol Police chief acknowledged on Friday that violence at Saturday’s “Justice for J6” rally is a possibility.

There was far less security on January 6, and the resulting attack that wounded more than 100 officers and led to five deaths prompted Capitol Police this time around to deploy everyone available on Saturday, with 100 National Guard troops on standby just blocks from the Capitol.

The January 6 insurrection led to a top-to-bottom restructuring of the Capitol Police Department.

Although it’s unclear how many protesters will attend on Saturday, the rally permit is for 700 people.

Capitol Police said they’re most concerned about the potential of clashes between protesters and counter-protesters. “In my opinion that’s the most likely scenario for violence,” Manger said.

Rally organizer Matt Braynard, a former Trump campaign staffer, said the event, which will include calls for the imprisoned January 6 rioters to be released, will be peaceful.

“The Capitol Police know that we are no threat. This is a theater to deter people from attending,” he said earlier this month.

But experts worry it could serve as a recruiting event for future violent activities.

“The thing to watch out for is the idea that this is a networking opportunity,” said Tom Warrick, a former DHS deputy assistant secretary for counterterrorism policy. “And I think what we need to worry about is not what just happens on Saturday, but it’s how this movement changes and morphs.”