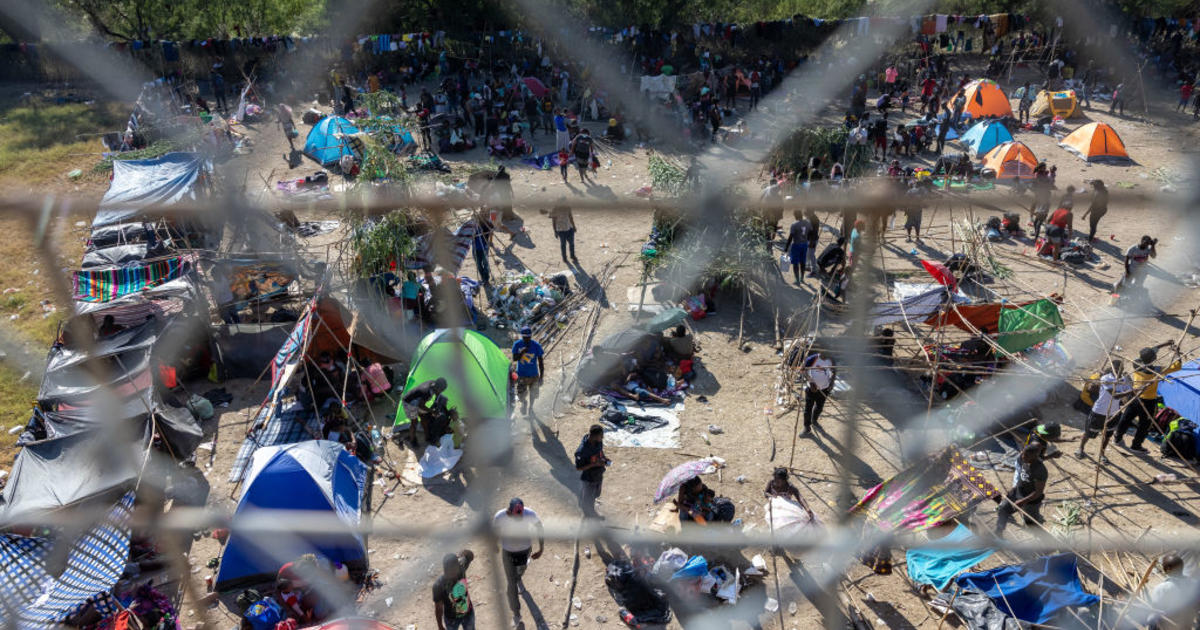 Del Rio, Texas — More than 12,000 migrants — mostly Haitians — have crossed the Texas border and are waiting at a makeshift camp under the Del Rio International Bridge to be processed by Border Patrol.

Food and water are scarce at the camp. With sweltering heat and triple-digit temperatures, migrants are bathing in the Rio Grande and wading back and forth across the river to buy food and water in Mexico.

Nearly 30,000 Haitians have arrived at the southern border in the past 11 months, according to U.S. Customs and Border Protection. Many of them began their journey in South America and made the dangerous trek through the jungle, known as the Darien Gap, that separates Colombia from Panama.

Since July, apprehensions of Haitians have increased 37%, according to Customs and Border Protection. Many don’t want to go back to Haiti because of last month’s devastating earthquake and the aftermath of the assassination of President Jovenel Moïse.

The temporary camp has grown six-fold since Monday and more migrants are expected in the coming days.

Del Rio Mayor Bruno Lozano made a disaster declaration Friday. “I had thought that the alarm was sent on Monday. This is setting the nuclear bomb alarm that this is no longer sustainable or acceptable,” he said.

Congressman Tony Gonzales, a Texas Republican, is calling on the Biden administration to come up with a solution for the chaos.

“Please get engaged, get involved, do something. This is unsustainable. This is not America. This is not the way things should be,” he said. “Folks are coming over and across as if there is no border.”