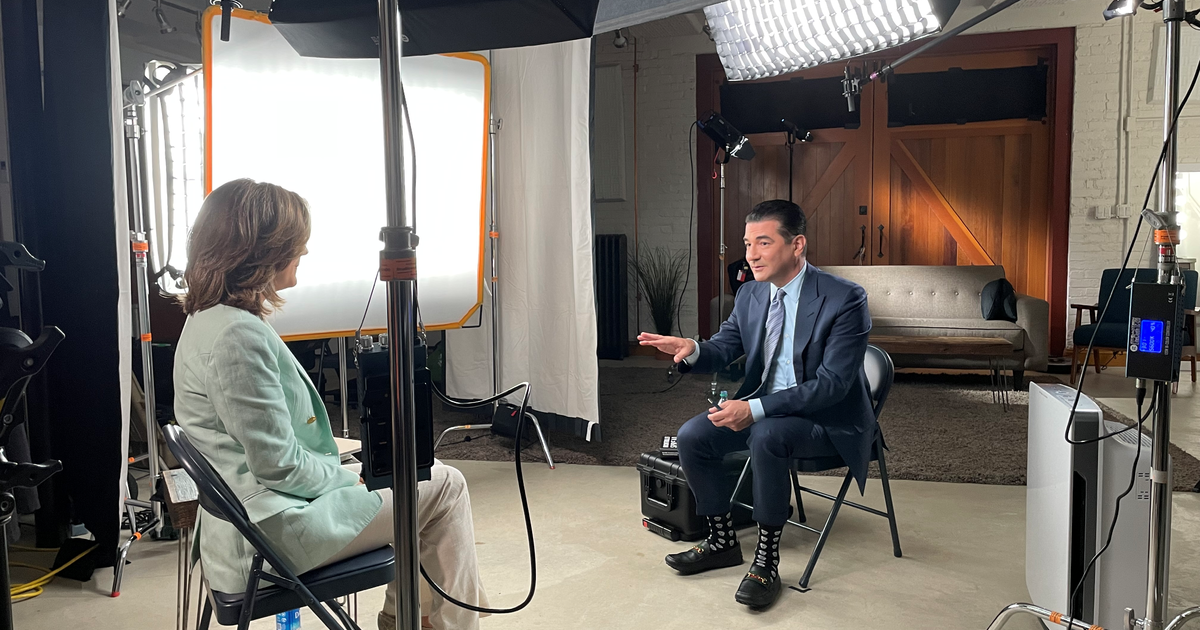 A panel of the Food and Drug Administration’s vaccine advisers voted unanimously Friday in favor of an emergency use authorization for a third dose of Pfizer’s COVID-19 vaccine for elderly and high-risk Americans, six months after people in these groups completed their first two doses. If authorized by F.D.A, the agency’s former head says the administration is “in a better position” to distribute these booster shots than it was for the initial vaccine rollout under former President Trump.

“The logistical lesson on the rollout of the boosters is that they need to have in place the infrastructure to actually distribute those vaccines in hard-to-reach communities and hard-to-reach settings,” Scott Gottlieb, M.D., told “Face the Nation” moderator Margaret Brennan in an  interview airing Sunday.

Gottlieb, who served as F.D.A. Commissioner from 2017 to 2019, says that although the Biden administration was criticized for announcing plans to offer booster shots before the F.D.A. reviewed supporting data, the deadline enabled the administration to get the processes for distribution built and worked out in advance.

“By putting out an approximate date, they’re now able to start that planning process in advance and so that the boosters are made available by F.D.A., if F.D.A. does authorize it and the advisory committee, the C.D.C. ultimately judges it to be appropriate for a certain population, they’re going to be ready to start making it available to nursing homes right away, so there’s not going to be a delay,” Gottlieb said. Under the Trump administration, logistical planning had not been put in place in advance of vaccine authorization. That led to a delay between the time of FDA approval and the actual rollout into nursing homes due to the need to seek and process legal consent paperwork.

Last month, President Biden and top health officials said that contingent on F.D.A. approval, the government planned to start offering boosters the week of September 20 to adults who had received their second shot of the Pfizer-BioNTech or Moderna vaccine at least eight months ago. That would include many health care workers and nursing home residents, as well as some people older than 65 — groups who were generally the first to be vaccinated.

“Having reviewed the most current data, it is our clinical judgment that the time to lay out a plan for Covid-19 boosters is now,” U.S. Surgeon General Dr. Vivek Murthy said at the time.

Some of the data that members of the FDA’s Vaccines and Related Biological Products Advisory Committee (VRBPAC) are reviewing at Friday’s meeting comes from Israel, where officials began offering third doses of the Pfizer-BioNTech vaccine in July, to people aged 60 and over.

Dr. Sharon Alroy-Pries, Israel’s director of public health services, told “Face the Nation” last month that part of the decision to make booster shots available stemmed from “a drop in the vaccine effectiveness against disease for those who have been vaccinated early on,” adding that diminished protection was seen in “both elderly people over the age of 60, but also for younger” individuals.

Gottlieb said he doesn’t anticipate boosters will be controversial from a political standpoint —  unlike the vaccine mandates the Biden administration announced last week.

“The question you need to ask is whether or not the benefits of the mandates in terms of what you’re going to achieve is going to be offset by the cost in terms of the acrimony and the political division and the hardening of positions of people who see this as something that’s being forced on them,” he said.

The mandate requiring companies with 100 employees or more to be vaccinated or face weekly testing has not yet been written by the Department of Labor’s Occupational Safety and Health Administration, but Republican officials have already mounted legal challenges to the administration’s newest rules.

“The more we can allow people to feel empowered around this decision, even people who are skeptical of getting vaccinated, the more likely they are to make the decision to get vaccinated,” Gottlieb said.