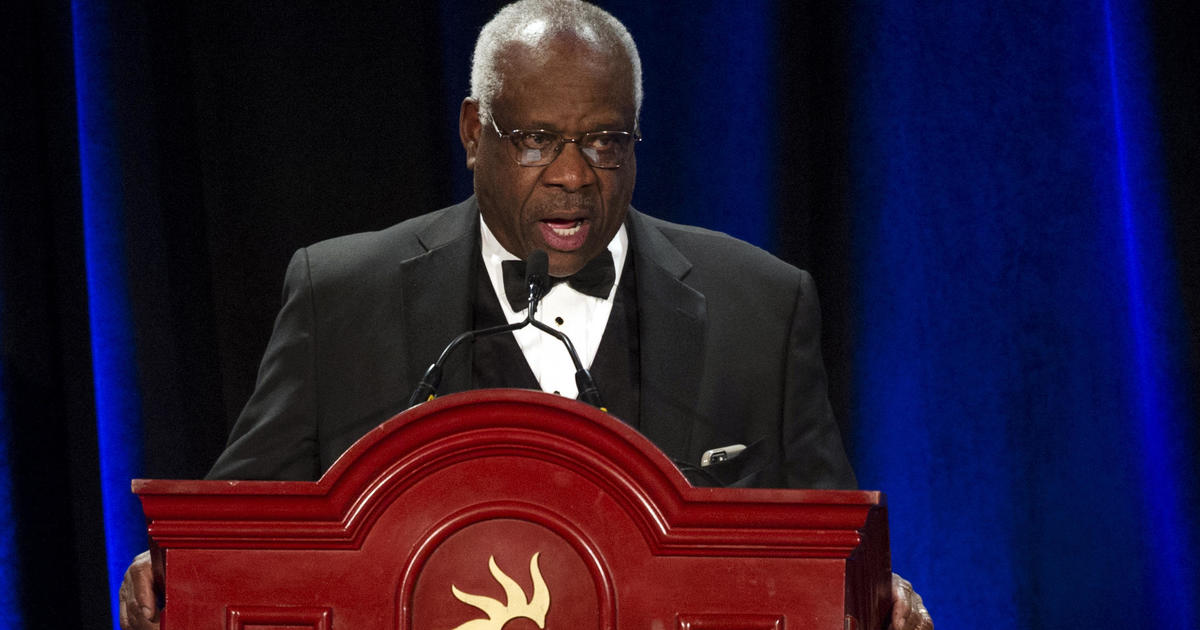 Supreme Court Justice Clarence Thomas on Thursday criticized some in the judiciary for veering into the role of legislators and politicians, saying it’s not for judges to make policy or to base decisions on their personal feelings or religious beliefs.

In an address at the University of Notre Dame, the longest-serving justice in part blamed judges who are “venturing into areas we should not have entered into” for contentiousness in the nomination process, particularly in the nominations of federal judges, who receive lifetime appointments.

“The court was thought to be the least dangerous branch, and we may have become the most dangerous,” Thomas said. “And I think that’s problematic.”

Thomas, a staunch conservative on the high court, made the comments two weeks after the Supreme Court voted 5-4 to deny an emergency appeal of a Texas law banning abortions after six weeks. Thomas has called the Roe v. Wade decision, which said women have the liberty to choose abortion without excessive government intervention, “plainly wrong.”

Other justices on the court have also recently made remarks about the court and politics.

Justice Amy Coney Barrett, nominated by former President Donald Trump, recently told an audience that her goal “is to convince you that this court is not comprised of a bunch of partisan hacks.”

Justice Stephen Breyer, nominated by former President Bill Clinton, recently told the Washington Post that even if many Americans disagree with the court’s opinions, “internally, you must feel that this is not a political institution.” After the Supreme Court’s move on the Texas abortion law, Breyer told ABC News the decision was “very bad” but not politically motivated.

The legal battle over the Texas law, which bans abortions once a fetal heartbeat is detected, is in the early stages, as proceedings are also taking place in the federal appeals court. The measure can end up before the Supreme Court again, either on appeal from the Texas Supreme Court if a case is brought against an abortion provider for breaking the law, or after progressing through the lower courts.

The Department of Justice filed an emergency order earlier this week asking for a temporary halt to the Texas law. The department said in its filing that the new law, also known as S.B. 8, prevents “women from exercising their constitutional rights.”

A July Gallup poll showed 49% of Americans approve of the Supreme Court, compared with 44% who disapprove and 7% who have no opinion.

Thomas was accused of sexual harassment by former employee Anita Hill during his own bruising 1991 confirmation hearing — charges he denied. On Thursday, he said “the craziness” during his confirmation was the result of the politicization of the judiciary, saying “it was absolutely about abortion, a matter I had not thought deeply about at the time.”

Kathryn Watson and Melissa Quinn contributed to this report.