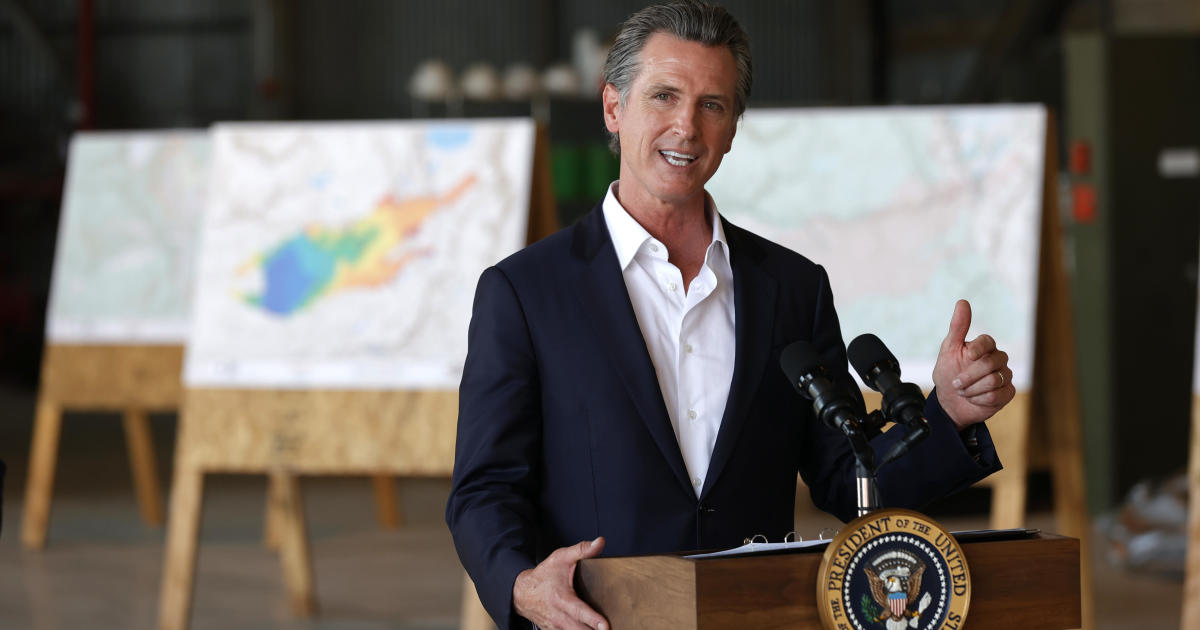 CBS News projects that the “no” vote will win the recall election, meaning Governor Gavin Newsom will remain in office.

Newsom avoided an upset loss that would have sent Democrats scrambling ahead of the upcoming 2021 gubernatorial elections in New Jersey and Virginia, as well as the 2022 midterm elections.

This was the sixth recall attempt against Newsom, but the first to reach the threshold of signatures needed to trigger an election. The recall began in February 2020, when a group called the California Patriot Coalition aimed to remove Newsom over his policies on COVID-19, homelessness, immigration and the state’s taxes and affordability.

The recall effort really took off after Newsom was spotted dining inside an upscale Napa Valley restaurant while his lockdowns on indoor dining were in place.

The nation’s most populous state was first to order statewide shutdowns at the onset of the pandemic, and Newsom was first to require vaccine and mask mandates for healthcare workers and teachers.

In the closing weeks of the campaign, Newsom and Democrats focused on his response to COVID-19 as well as national issues like  threats to women’s rights in the wake of Texas’ abortion law.

Exit polling indicated COVID-19 was the main issue voters cared about: while Newsom’s handling of the disease galvanized the recall movement, voters ultimately approved of Newsom’s decisions in addressing it, and he was able to capitalize on that in the closing weeks of the race.  Roughly 30% of voters said COVID-19 is the most important issue facing California, followed by about a quarter who picked homelessness. The economy, wildfires and crime rounded out the top 5 issues.

For those voting “no” on the recall (keeping Gavin Newsom as governor), the coronavirus is the issue they see as the most important facing their state. For those voting “yes” on the recall (removing Newsom as governor), the economy and homelessness are the most important for them. Proponents of the effort to recall Newsom have been critical of Newsom’s COVID policies, mostly arguing that they are too strict.

National Democrats were brought in to support Newsom throughout the race. Former President Barack Obama and Senators Bernie Sanders and Elizabeth Warren all cut advertisements against the recall. Mr. Biden and Vice President Kamala Harris both headlined rallies for Newsom in the weeks before the election. The Democratic Governors Association spent more than $6 million overall to beat the recall.

“There are unique circumstances to California and the strength of a recall election, but [a successful recall] is certainly a wake up call to Democrats that they need to be aggressive and chase every vote,” said Jared Leopold, a Democratic strategist who has worked on gubernatorial campaigns.

Mr. Biden reminded voters here that the outcome would have implications beyond the state’s borders, saying,  “the eyes of the nation are on California. Because the decision you’re about to make isn’t going to just going to have a huge impact on California, it’s going to reverberate around the nation.”

A total of 46 candidates were on the replacement ballot, including Republican talk show host Larry Elder, who led candidates in polling since entering the race in mid-July. Newsom and Democrats made him the de-facto “face” of the recall, and pointed to his comments about COVID-19 and past guests who shared disinformation on his radio show.

Elder had previously suggested there could be “shenanigans” and widespread voter fraud in the recall election, and claimed his campaign is ready to sue.

“I believe that so many people are going to vote to recall him, there won’t be any question about the outcome of this election,” he told CBS News on Sunday.

But Elder’s campaign website links to a separate website for people to report allegations of fraud and baselessly claims that “statistical analyses” used to detect fraud already found that the recall would be defeated before any votes were counted.

Although exit polls showed voters on Tuesday had a net unfavorable opinion of Larry Elder, he appeared to be popular among the GOP. Exit polls showed 3 in 4 Republicans and conservatives view Elder favorably, as do nearly half of independents casting their vote on the recall.