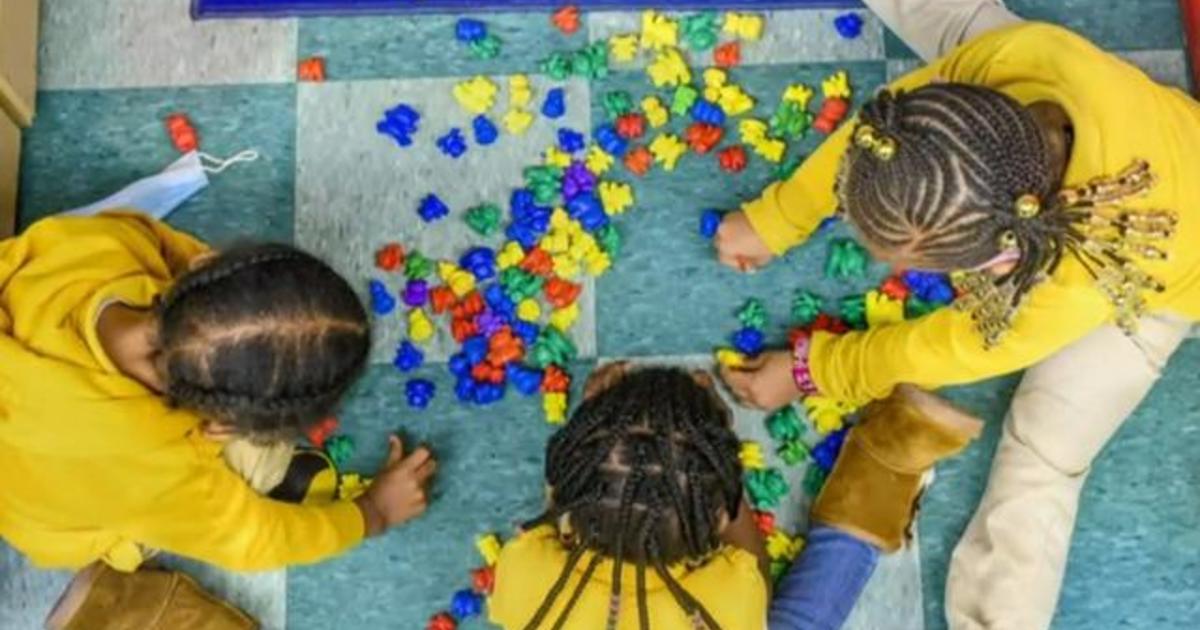 Stephanie Lane is a nurse by profession, but taking care of her four children is her current full-time job — largely because child care is financially out of reach, and has been for decades.

First, she was the single mother of one daughter. After she remarried and had her second child, now nine, she struggled to make the child care schedule work. When the Pennsylvania couple’s third child came along, a daughter with special needs, it was too much.

“We were both making the same amount of money, so it just seemed like we had to decide who stays home because we can’t afford child care — because it takes up basically one person’s whole income,” Lane said.

Her husband was diagnosed with cancer, which meant she needed to be the one to stay home and keep up with active children. Their fourth child is now 3.

If cost were not an issue, Lane would put her children in daycare and work. With the family of six living on her husband’s $50,000 annual income, they could use the money, she said.

The average family with at least one child under 5 would need to spend approximately 13% of its income on child care, a price that is unaffordable for most families, a new Treasury Department report finds. Only 20% of children eligible for one of the largest federal assistance programs for low-income families actually receive the financial help.

The administration’s report was released as Biden officials are trying to include child care as part of a massive $3.5 trillion spending package making its way through Congress.

“Child care is what makes it possible for millions of Americans to work,” Vice President Kamala Harris said at an event Wednesday alongside Treasury Secretary Janet Yellen.

Providers are also struggling to make ends meet, the report finds, getting by by keeping costs low. Workers — many of whom are women of color — earn low wages, and some must themselves rely on public services. Turnover is high. And more than half of Americans live in so-called child care deserts — especially families in low-income or rural areas.

The United States lags behind most developed countries in spending on childcare and early education, ranked 35th out of the 37 countries tracked by the Organization of Economic Cooperation and Development. Meanwhile, labor force participation by women in the U.S. has remained flat for more than 20 years, while the other countries have seen it continue to rise. The Treasury report states child care may be one of the likely factors.

The Biden administration is pushing for a series of policies to help families with children, including providing access to more affordable child care to low- and middle-class families. The goal is for families to put no more than 7% of their income into child care for young children, via subsidies and tax credits. They’re also pushing for universal preschool for all 3- and 4-year-olds, and expanding tax credits for children.

But the House legislation puts the cost of affordable child care and universal pre-K alone at $450 billion. The Build Back Better Act making its way through Congress faces numerous hurdles with Democrats at odds over provisions in the bill, its magnitude and how to pay for it in addition to Republican opposition.

Yellen said enacting the administration’s proposals is the “single most important thing we can do to build a stronger economy over the next several decades.”

The Treasury report cites multiple “market failures” as why the current system is “unworkable.” Parents of young children, who often have limited work experience and other expenses like mortgages and student loans, are being asked to pay for child care at a time when they can least afford it.

In Colorado, Jessica Rapp and her husband are struggling to decide if it’s worth paying for child care for her one-year-old. Even with her master’s degree, her husband makes more. Her part-time work breaks even with her son’s part-time daycare. The couple also has a mortgage and student loans.

“Right now we’re deciding if that’s a good model and whether it’s sustainable, or whether I should quit and be a stay at home  — or try to go back full time, and try to find a different position that would potentially bring in more than the cost of full-time childcare.”

The report states access to high-quality care is important to keeping parents — typically mothers — in the workforce.

At the event Wednesday, Yellen, the first woman Treasury secretary, noted the significance of the date: 40 years ago, she returned to work after having her son. She said she was not sure she would be in the job she’s in today, if not for an excellent babysitter.