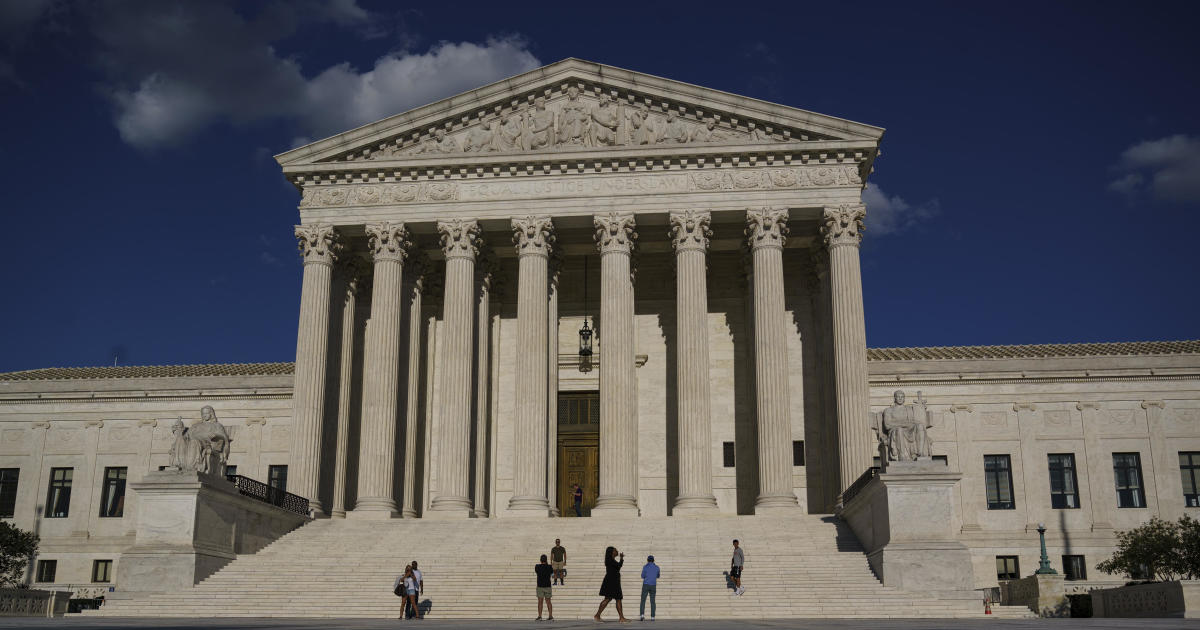 Washington — Abortion providers challenging a Mississippi ban on the procedure after 15 weeks of pregnancy warned the Supreme Court that allowing the law to stand would upend 50 years of precedent and open the door for other states to outlaw abortion outright.

The clinics told the high court in a brief filed Monday that it should reject Mississippi’s request for it to overrule Roe v. Wade, the landmark 1973 decision that established a woman’s right to an abortion. The state’s argument, they said, “amounts to the same thing: a request that the Court scuttle a half-century of precedent and invite states to ban abortion entirely.”

The Supreme Court will hear the blockbuster dispute over Mississippi’s abortion law in its upcoming term, which begins in October. While the state initially told the court that letting the 15-week ban stand did not require overturning its abortion precedents, Mississippi officials then argued last month they should be reversed, a request that came after the high court agreed to hear the case and its conservative majority widened to 6-3.

“Those precedents are grievously wrong, unworkable, damaging, and outmoded,” Mississippi Attorney General Lynn Fitch wrote in a filing to the Supreme Court.

In their brief filed Monday, the abortion providers said there is a “serious question” of whether Mississippi’s request to overrule Roe and the 1992 decision in Planned Parenthood v. Casey “is even properly before the court,” as it only mentioned overruling the two in a footnote in its original petition to the court.

The justices will consider the question of “whether all pre-viability prohibitions on elective abortion are unconstitutional.” Under the court’s precedents, states cannot ban abortions before viability, which is between 22 and 24 weeks of pregnancy.

“Accepting Mississippi’s request to abandon the viability line would turn back the clock for generations who have never known what it means to be without the fundamental right to make the decision whether to continue a pregnancy,” the clinics wrote. “Any answer to the question presented other than a categorical ‘yes’ would shatter the understanding women have held close for decades about their bodies, their futures, and their equal right to liberty.”

The brief from the providers comes after the Supreme Court in a 5-4 decision declined to block a Texas law that bans abortions after six weeks of pregnancy, which is the nation’s most restrictive measure involving the procedure. But the court’s decision to that law stand turned on its novel enforcement mechanism, and the conservative justices said it was not based on “any conclusion” about the Texas measure’s constitutionality.

Texas is one of several states, including Mississippi, that has passed laws banning abortions at early stages in pregnancy, though the others have been blocked by the federal courts for violating the Supreme Court’s precedents.

But if the justices uphold Mississippi’s 15-week ban, the clinics said there would be an “inevitable cascade” of other laws that would follow a ruling favoring the state.

“The fallout would be swift and certain,” they told the court. “As abortion bans are enforced — or the threat of enforcement looms — large swaths of the South and Midwest would likely be without access to legal abortion. Some people with the means to travel may be able to access legal abortion — but only after crossing multiple state lines.”

In response to the latest filing from the abortion providers, Fitch said in a statement they offered “no solid arguments in defense of Roe” and reiterated the Supreme Court should overrule its decision in that case.

“It is time to return policymaking to the people where they can address abortion policy in a way that empowers women and promotes life,” she said.