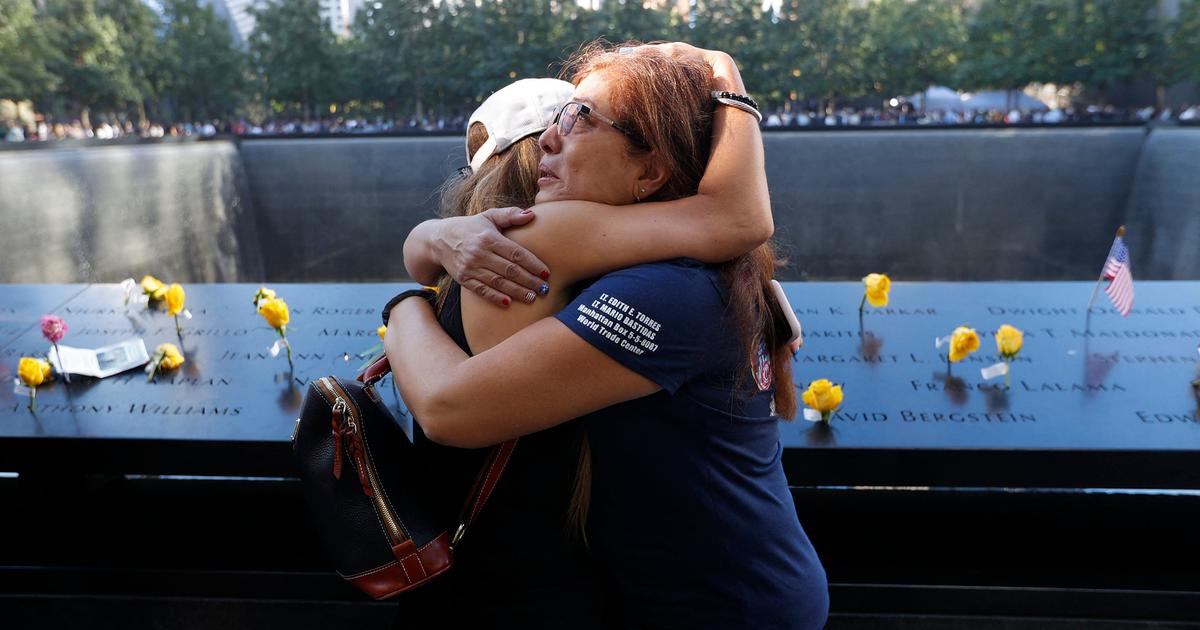 Americans solemnly marked the 20th anniversary of 9/11 on Saturday, remembering the dead, invoking the heroes and taking stock of the aftermath just weeks after the bloody end of the Afghanistan war that was launched in response to the terror attacks.

The ceremony at ground zero in New York began exactly two decades after the deadliest act of terrorism on U.S. soil started with the first of four hijacked planes crashing into one of the World Trade Center’s twin towers.

“It felt like an evil specter had descended on our world, but it was also a time when many people acted above and beyond the ordinary,” said Mike Low, whose daughter, Sara Low, was a flight attendant on that plane.

“As we carry these 20 years forward, I find sustenance in a continuing appreciation for all of those who rose to be more than ordinary people,” the father told a crowd that included President Joe Biden and former presidents Barack Obama and Bill Clinton.

The anniversary unfolded under the pall of the coronavirus pandemic and in the shadow of the U.S. withdrawal from Afghanistan, which is now ruled by the same Taliban militant group that gave safe haven to the 9/11 plotters.

Bruce Springsteen and Broadway actors Kelli O’Hara and Chris Jackson sang at the commemoration, but by tradition, no politicians spoke there. In a video released Friday night, President Biden addressed the continuing pain of loss but also spotlighted what he called the “central lesson” of September 11: “that at our most vulnerable … unity is our greatest strength.”

Mr. Biden was also scheduled to pay respects at the two other sites where the 9/11 conspirators crashed the jets: the Pentagon and a field near Shanksville, Pennsylvania. Together, the attacks killed nearly 3,000 people.

At the Pennsylvania site, where passengers and crew fought to regain control of a plane believed to have been targeted at the U.S. Capitol or the White House, former President George W. Bush said September 11 showed that Americans can come together despite their differences.

“So much of our politics has become a naked appeal to anger, fear and resentment,” said the president who was in office on 9/11. “On America’s day of trial and grief, I saw millions of people instinctively grab their neighbor’s hand and rally to the cause of one another. That is the America know.”

“It is the truest version of ourselves. It is what we have been and what we can be again.”

Calvin Wilson said a polarized country has “missed the message” of the heroism of the flight’s passengers and crew, which included his brother-in-law, LeRoy Homer.

Former President Donald Trump planned to be in New York, in addition to providing commentary at a boxing match in Florida in the evening.