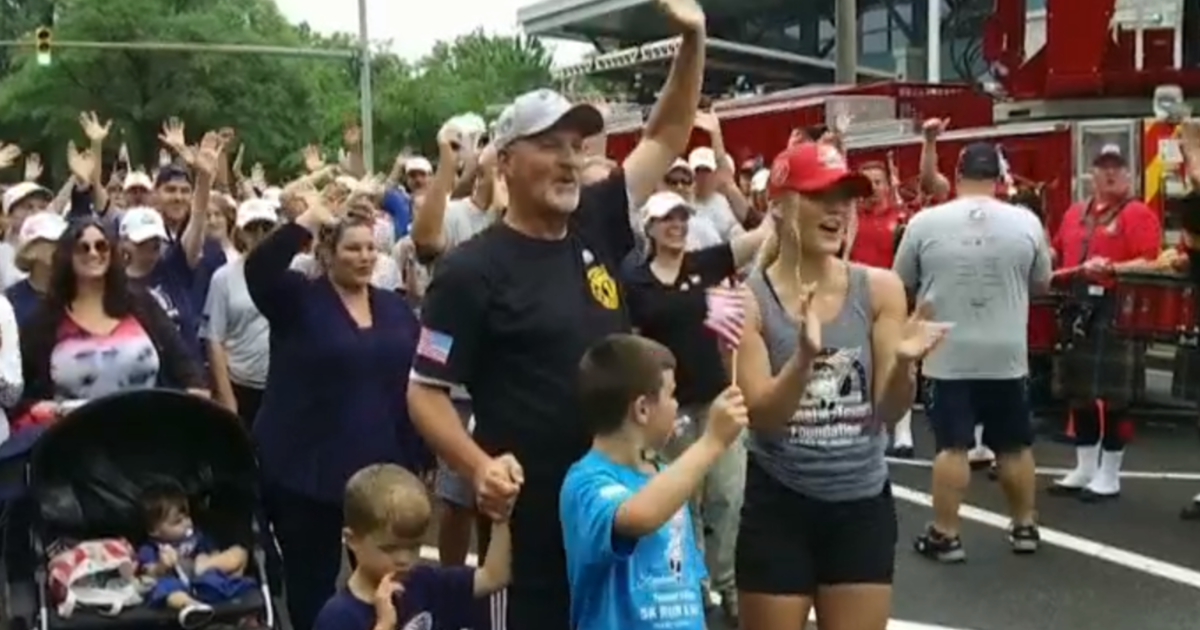 It began with one firefighter doing anything he could to get to the World Trade Center on September 11, 2001. Years later, tens of thousands travel that same route every year to honor the sacrifice of Stephen Siller.

Frank Siller founded the Tunnel to Towers Foundation to honor his younger brother Stephen, who died trying to save others on 9/11 even after he had already gone home from his shift in Brooklyn.

“A New York City firefighter that strapped 60 pounds on as gear and ran through the Brooklyn Battery Tunnel ’cause it was closed. And he ran through that tunnel, came out the other side, and saw a horrific scene,” Frank told CBS News’ Dana Jacobson. “But there are 343 stories of firefighters that did similar things like Stephen did. There are so many stories.”

The Tunnel to Towers Foundation holds events every year, which hundreds of people attend. But to commemorate the 20th anniversary of 9/11, Frank decided he was going to honor Stephen and those who died that day in a different way by going the distance.

Siller embarked on the “Never Forget Walk,” a 500-mile journey that started in Washington D.C., at the Pentagon, continued to Shanksville, Pennsylvania, before concluding in New York City. As he traveled across six states, some residents would stand outside with their families to watch him.

CBS News talked to Frank just as his walk was coming to an end. Frank told Jacobson that it’ll be difficult once he enters Battery Tunnel and sees the New York skyline—knowing that was one of the final things his brother saw.

“It’s gonna be very difficult. Of course, I’ll be thinkin’ of Stephen. And I know the difference. I’m walking. He ran with his gear on. I’m gonna see the Freedom Tower and look at what he saw, the Twin Towers on fire,” Frank said. “But nonetheless, I’m trying to do something to honor my brother. And this is what I thought I could do. And I’m glad I did it.”

Frank completed his walk on Saturday, September 11 — 42 days after he began.

More of Dana Jacobson’s conversation with Frank Siller can be heard on the “CBS Mornings” podcast. Frank shares how the Tunnel To Tower Foundation’s mission o has expanded – but the primary mission remains never to forget 9/11.