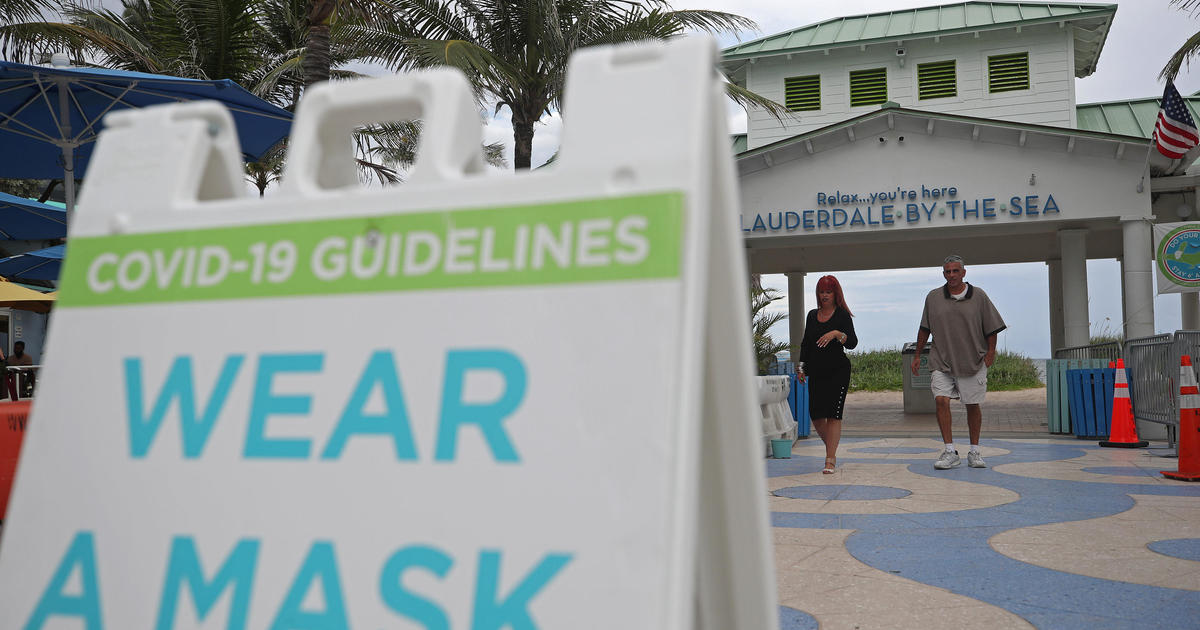 President Joe Biden’s sweeping vaccine mandate aims to protect more Americans from COVID-19 by requiring that millions of employees at large companies get the shot. Beyond boosting public health, the mandate has another goal: To get the U.S. economic recovery back on track after the Delta variant’s spread crimped job growth and consumer confidence.

“We cannot let the unvaccinated [undo] this progress,” Mr. Biden said on Thursday when he announced the mandate, noting that the spike in COVID-19 cases has slowed the nation’s recovery.

In Mr. Biden’s eyes, the vaccine mandate — which requires all employers with 100 or more employees ensure their workforces are fully vaccinated or show a negative COVID test at least once a week — will not only protect lives, but the economy. And economists say the spread of the highly contagious Delta variant has underscored that the economy isn’t likely to fully recover until the public health crisis is contained. Already, states with low vaccination rates are witnessing slower job growth than states where more of the population is vaccinated, according to some economic data.

“Without a doubt, the main stranglehold on the economy and the labor market is the virus,” said Ben Zipperer, an economist at the left-leaning Economic Policy Institute. “What that means is, if we want to actually increase employment opportunity, increase the size of the economy and get the size of the labor market back to its pre-pandemic level, we need to get control of the virus — and that includes vaccine mandates.”

Mr. Biden’s focus on large employers comes after some of the nation’s biggest corporations had already instated their own vaccine requirements, ranging from Johnson & Johnson to United Airlines. But many others have sought to use a carrot rather than a stick, such as supermarket chain Albertson’s, which is offering $100 to compensate employees who get the jab.

The mandate will affect roughly 100 million Americans, although many of those are likely already vaccinated. The new measures include a vaccine mandate for all federal workers and contractors on top of the requirement that workers at big companies get the shot.

Employees at big companies will likely feel more comfortable returning to the workplace if they know their co-workers are vaccinated, Zipperer noted. About half of Americans say they favor COVID-19 vaccine mandates for employees working in person at their workplace, according to a recent survey from the Associated Press-NORC Center for Public Affairs Research.

As the Delta variant spread this summer, cracks appeared in the U.S. economic recovery. Hiring pulled back dramatically in August as a surge in COVID-19 cases, almost all of them caused by the Delta variant, dragged down the budding recovery. Instead of a robust 750,000 new jobs last month as economists expected, the nation only added 235,000.

And more workers are sitting out of the labor market due to fears of catching or spreading COVID-19, according to Census data. In the last two weeks of August, about 3.2 million people said they weren’t working due to fears of infection — a rise of about 30% from late July.

Parents, meanwhile, are struggling to juggle work amid their children’s return to in-person schooling this fall. With vaccine rates lagging in many states and children under the age of 12 unable to get vaccinated, outbreaks have shuttered 1,400 schools in 35 states, according to Poynter.org.

All of that is taking a toll on the nascent economic rebound, with economists scaling back their forecasts for the year. To be sure, the nation’s economy is expected to continue to grow, but not at the pace that experts had predicted before the Delta variant took hold. Third-quarter growth may come in at 5%, down from a prior forecast of 6.8%, according to a survey of economists from Bloomberg.

To be sure, it’s still unclear how the president’s vaccine mandate will be enforced. The Department of Labor’s Occupational Safety and Health Administration (OSHA) is developing the rule overseeing vaccination and testing mandates for employers with more than 100 workers. Infractions could get expensive, with companies that fail to comply facing fines of $14,000 per violation, Mr. Biden said.

There’s also the threat that some workers may quit rather than comply with employer vaccination requirements or weekly testing, although experts note that such instances are not likely to be a major threat to the enormous U.S. labor market. Enhanced unemployment benefits ended on Labor Day, which makes it less palatable to be unemployed than earlier in the pandemic when people could secure an extra $300 a week in jobless aid, noted Ian Shepherdson, chief economist at Pantheon Macroeconomics.

“The bigger effects on the labor supply, I think, will come from the reopening of schools and the end of the [unemployment] enhancements pushing people back into the labor force,” Shepherdson said in an email. “Still, the vax mandate is a wild card, no doubt.”

Even ahead of Mr. Biden’s vaccine orders, there were signs that Delta cases could peak as soon as this month, Shepherdson said in a September 9 research report. For instance, cases had declined in Missouri and Arkansas, where the Delta wave had its earliest impact.

A dip in COVID-19 cases will help spur consumer confidence, Shepherdson noted. But there could be a lag between the time when Mr. Biden’s mandate goes into effect and its impact on COVID-19 cases, which makes it hard to predict when the economy could show results.

“Still, at the margin, anything which reduces the risk of a winter wave — which I guess is what the mandate is aimed at — has to be good for the economy,” Shepherdson said.